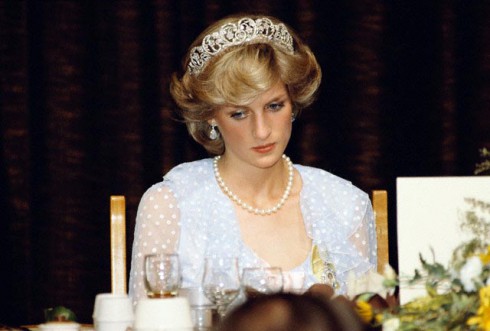 For the first years of her marriage, Princess Diana was viewed as the beautiful, young bride of Prince Charles and doting mother to William and Harry. But, behind closed doors, Diana was consumed by insecurity. Weighed down by unimaginable demands, Diana turned to bulimia to gain some sense of personal control.

As revealed through a series of biographies in the early 1990s, the Princess of Wales’ bulimia began around the same time she got engaged to Prince Charles in 1981. 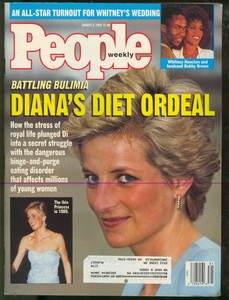 “Bulimia started the week after we got engaged,” Diana later said in tapes obtained by NBC. “My husband put his hand on my waistline and said: ‘Oh, a bit chubby here, aren’t we?’ That triggered off something in me. I remember the first time I made myself sick, I was so thrilled because I thought right, this was the release of tension.”

Worried her figure was too matronly, she discovered she could lose weight while binge eating if she followed it up with a purge.

“Anything I could find I would gobble up and be sick two minutes later,” she said, adding her frustrations were intensified by her strained relationship with Charles.

In 1992, People quoted a former palace staff member who said Diana was initially open about her bulimia — although she likely wouldn’t have termed it that.

“She said that she’d found this wonderful new way of dieting. But then it became a problem, and she was trapped in a downward spiral.”

Diana’s problem persisted until the late 1980s, when one of her friends threatened to tell the press if Diana didn’t seek treatment. Finally convinced, Diana began seeing Dr. Maurice Lipsedge at Guy’s Hospital in London. He helped her realize that the bulimia was primarily a coping mechanism for depression. Years later, in a public speech on the importance of understanding the root causes of eating disorders, Diana reaffirmed that opinion.

“It seems, from those I have spoken to that the seeds of this disease may lie in childhood and the self doubts and uncertainties that accompany adolescence,” Diana said during the 1993 speech. “From early childhood many had felt they were expected to be perfect, but didn’t feel they had the right to express their true feelings to those around them — feelings of guilt of self revulsion and low personal esteem. Creating in them a compulsion to ‘dissolve like a disprin’ and disappear.”

By the early- to mid-1990s, Diana seemed to be in a healthy place — which is remarkable, considering the public scrutiny of her divorce. As evidenced by her 1993 speech, she became a passionate supporter for eating disorder awareness and treatment. Many believe this resulted in the “Diana Effect,” where people were more willing than ever to accept help for their diseases.

Sadly, Diana’s advocacy was cut short when she was killed in a 1997 car crash. Nonetheless, the things she did to bring awareness to eating disorders, are not forgotten.

“I just assumed she would be run-of-the-mill royal princess and go and cut some ribbons and do all the stuff they have to do. But she was way beyond all that,” Diana’s brother, Charles Spencer, told CNN in 2002. “When she stepped up on that stage, she wasn’t out of place. She did more than anyone could have expected.”