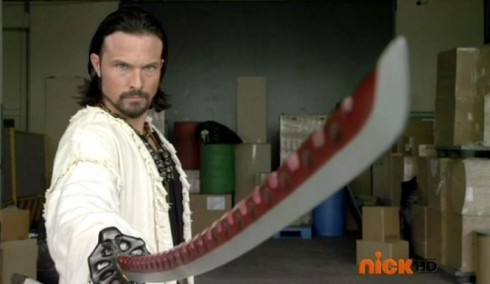 Former Power Ranger Samurai actor Ricardo Medina Jr. has been arrested on suspicion of murdering his roommate with a sword.

A spokesperson for the Los Angeles County Sheriff said investigators believe the actor and his roommate, Joshua Sutter, got into an argument on Saturday afternoon. Ricardo and his girlfriend went into his bedroom and locked the door, but Joshua forced his way through. Ricardo allegedly then picked up the sword he kept in the bedroom and fatally stabbed Joshua once in the abdomen. Ricardo then called 911 and stayed at the scene. He remains jailed with a $1 million bail.

Ricardo’s agent told The Los Angeles Times he can’t believe the allegations against his client, who he said is “great to his dog” and “great to his people.”