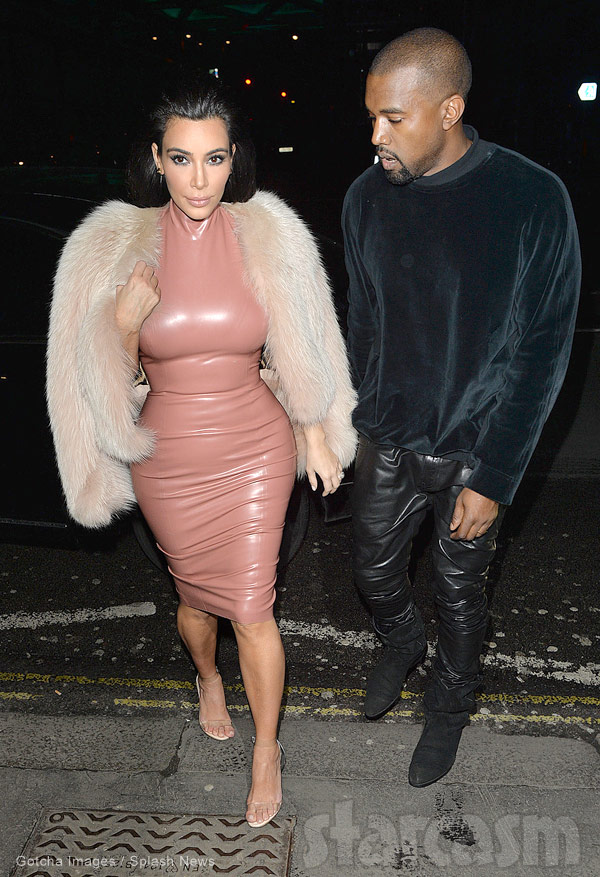 Tonight was the Mert & Marcus House of Love party in honor of Madonna, but it turned into a “Who Wore It Better?” fashion Thunderdome as fashion A-Listers Kim Kardashian and Rita Ora wore nearly identical salmon latex dresses to the event!

Kim’s latex look (above) was uncharacteristically cleavage-averse and went all the way to her chin. The 34-year-old reality star finished the look with a rather extravagant fur coat.

Meanwhile, 24-year-old Rita Ora (below) went with an exposed neckline with straps and a choker, but otherwise the dresses were remarkably similar:

And in case you were wondering, yes, Rita also topped her look off (outside at least) with a fur coat, albeit with a bluish tint:

And just to make sure our coverage is fair and balanced, here’s a second photo of Kim — this time from a different angle: 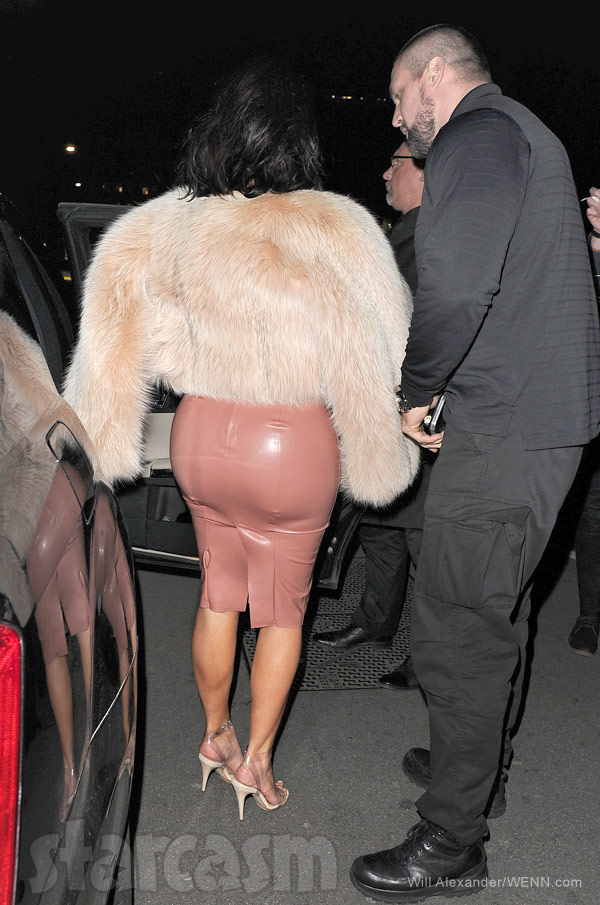 So who do you think wore it better? (Personally, I don’t think it’s a fair battle. Kim Kardashian is already Queen of the Fashion Thunderdome, and putting her in skin-tight latex is like giving Mad Max a machine gun.)

Actually, the latex duel is the second “Who wore it better?” moment for Rita and Kim in as many days. On Wednesday both attended a Brit Awards after-party wearing racy black cut-out looks: 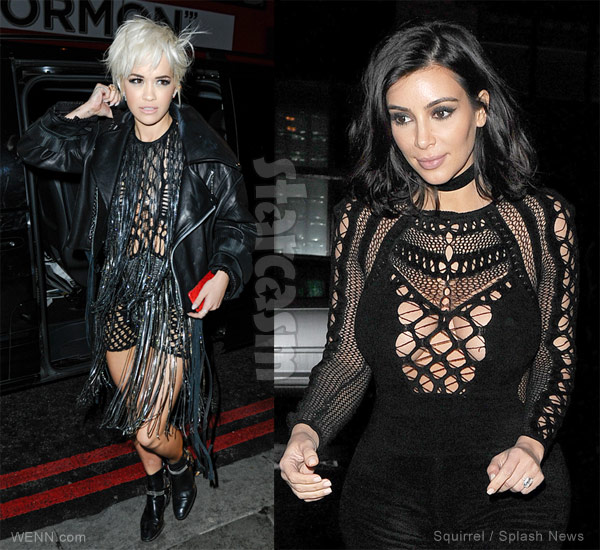 Obviously those aren’t quite as similar as the latex dresses, but still quite the coincidence!

Meanwhile, if you prefer your Kim Kardashian with nothing but a string between your eyeballs and her derriere, then you can head over to Instagram and check out the photo she shared to celebrate breaking 27 million followers! (It’s a little NSFWish to post here.)

Perhaps Rita Ora will continue this fashion duel with her own thong pic? “Two women enter, one woman leaves!”