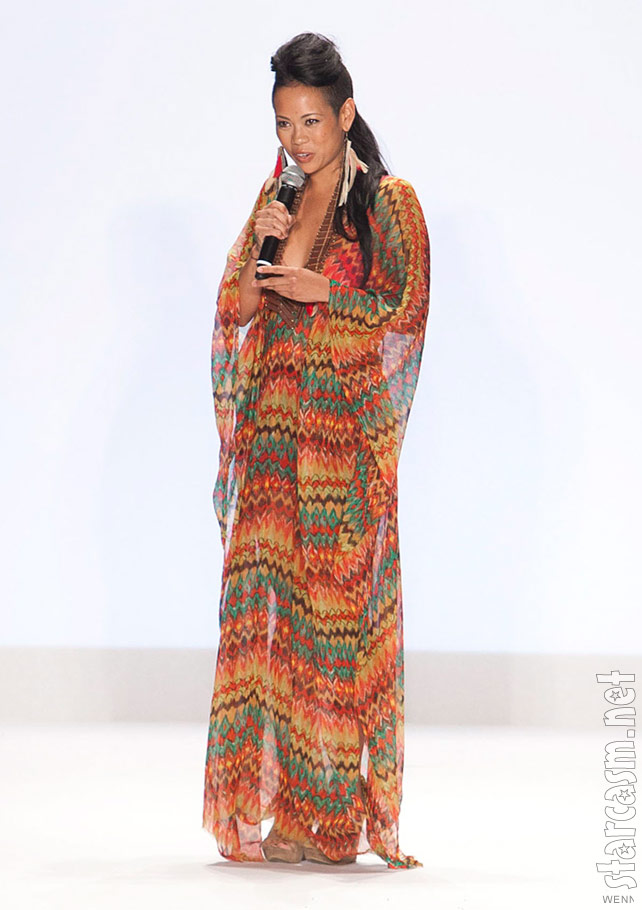 Mercedes Benz Fashion Week kicked off last week in New York and on Friday the nine remaining designers from Season 9 of Project Runway all showed their final collection under the tents at The Theater at Lincoln Center. What’s that?!? Nine designers?!? That’s right – in order not to give away the identities of the three finalists all nine competitors sent ten looks each down the runway as judges Heidi Klum, Michael Kors, Nina Garcia and L’Wren Scott looked on.

Reviews of the entire show were generally not good. But, there were a few designers who received consistently good reviews, which may be a clear indication of who the actual finalists may be. One of those designers everyone seemed to have something good to say about was Miss Trinidad and Tobago Universe 2008 herself, Anya Ayoung-Chee. 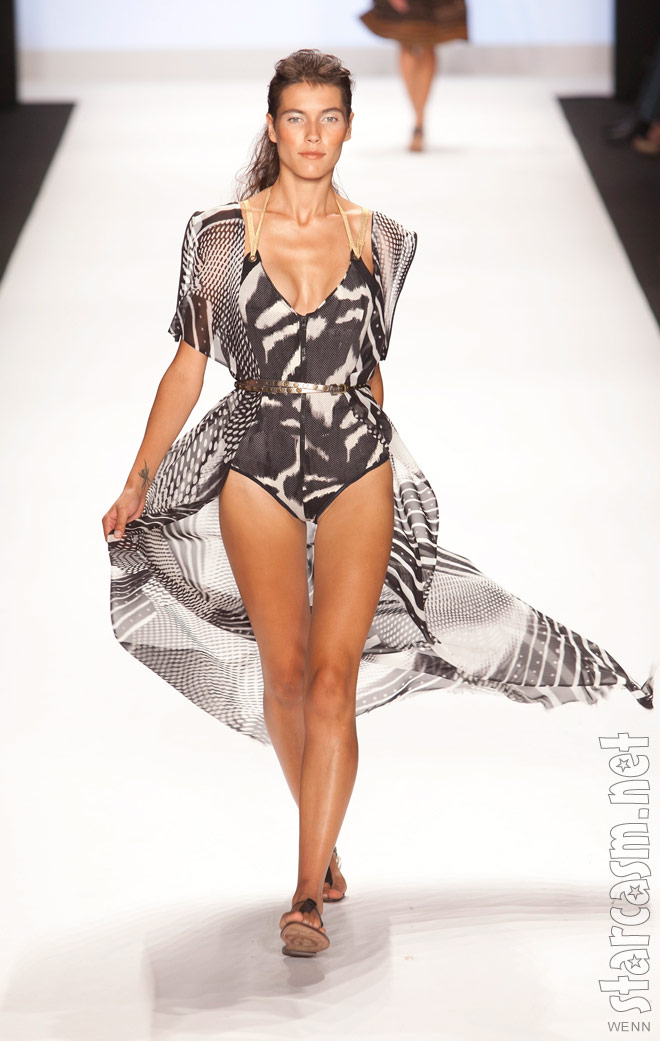 Anya, who reportedly only learned to sew four weeks prior to going on Project Runway, told the audience her collection was “inspired by the easy vibe of the Caribbean” before presenting her easy breezy collection, set to the music of steel drums. Her Caribbean theme even allowed for a swimsuit (above), the only one presented by any of the designers.

Most of the looks are shades of brown, gray, gold and mustard, but there are a couple splashes of turquoise blue and green in places. A number of the looks reveal a lot of cleavage and appear to only be practical for women with smaller chests – or perhaps larger bosoms that do not need the assistance of a foundation garment: 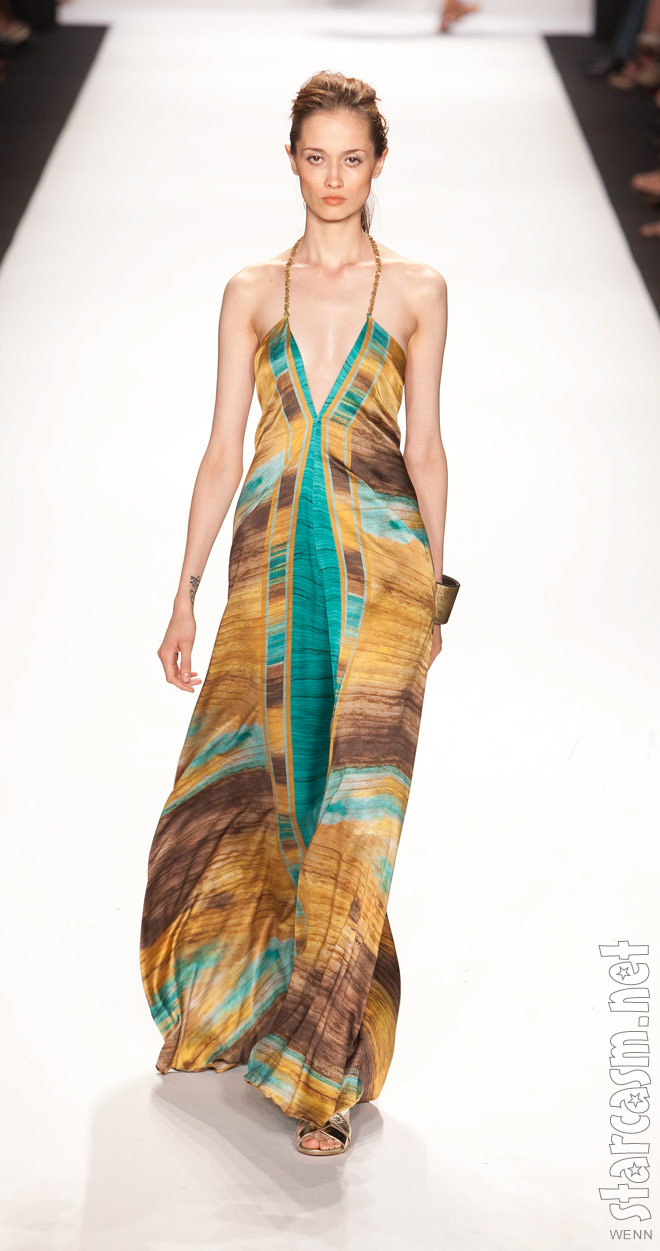 I’ve collected some of the positive things said about Anya Ayoung-Chee’s collection by those in attendance:

“Anya went with a bunch of flowy, wearable prints (all of which I want to own) (agggh! except this!).” – Annie Barrett of Pop Watch

“Who’s on track to win? Hard to tell, but the crowd seemed to like the bright, breezy style of Anya Ayoung Chee, from Trinidad.” – Jocelyn Noveck of the Associated Press

“[Anya’s] Caribbean-themed collection – call it elegant beachwear – was confident and appealing. You could easily imagine a lot of it being sold at the East Hampton branch of Scoop.” – Stuart Emmrich of The New York Times

And here is the entire collection – just click on the thumbnails for larger images. (For some reason the WENN photographer missed out on the colorful shorts look, so it is of lower resolution than the others.) 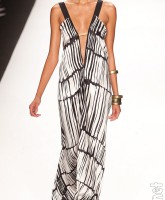 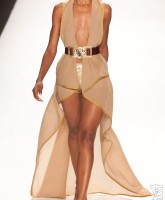 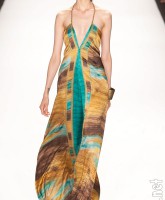 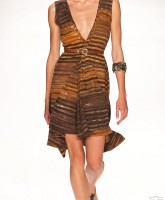 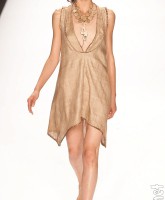 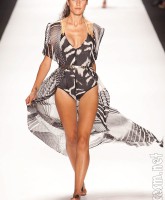 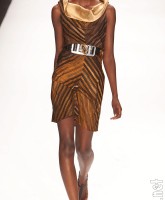 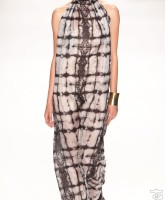 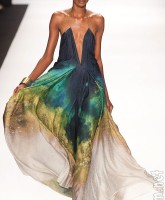 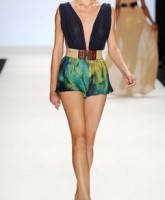 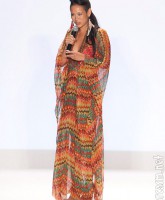 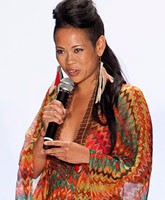 All photos (except the colorful shorts) – Jeffrey Clark Grossman / WENN.com