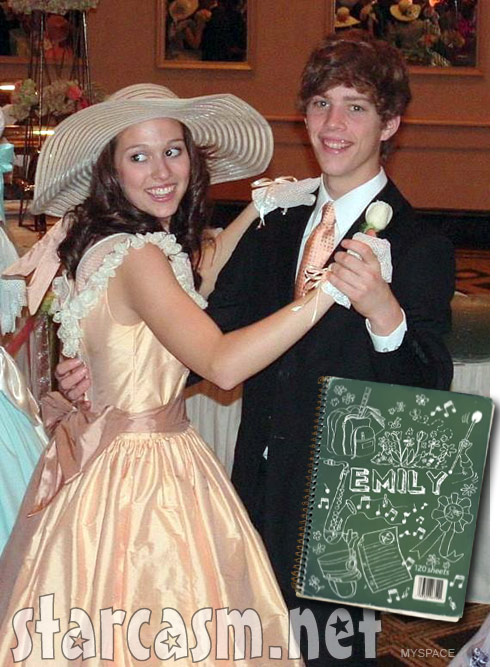 Episode three of 16 and Pregnant season 2b features 16-year-old Emily McKenzie Peterson from Alabama, her son Liam and the baby’s father Daniel Peterson. Emily’s episode is set to premiere November 9 and just like I did with this season’s first two girls, Brooke and Felicia, I’ve put together a profile of Emily comprised of information I could find online.

Unlike most all of the rest of the girls on this season and past seasons, Emily doesn’t have an official Facebook or MySpace fan page. (She did have a Facebook page at one time, but deleted it because she “didn’t want to worry about pictures or people commenting on it.”) But she does have a Formspring account and she has answered almost 2,000 questions over the last eight months! Most all of the information here is cobbled together from her answers there – which, by the way, are smart, mature, polite but b!tchy when appropriate!

Here’s a preview video of Emily’s episode from MTV:

*** It should be noted that Emily’s actual name is not Emily McKenzie Peterson but Emily Ruth Peterson. She kept her middle name after marrying Daniel and I confess that I stuck with McKenzie for searching reasons because that is the name she went by on the episode. In my defense, Emily uses the same name (and logic) on her Formspring account.

Emily Marie McKenzie was born in Alabama on August 3, 1993. Her real mom is in human resources at a law firm and her father is a truck driver. She began high school at Hoover High School in Hoover, Alabama – the same town in which MTV filmed the high school football reality series Two-A-Days in 2006.

Daniel Peterson met Emily at band camp and the two started dating when she was about to turn 14. (She was a majorette and he played tenor sax.) The young lovebirds must not have gotten off on the right foot because they broke up shortly after getting together. They started going out together again when Emily was 15, and after dating for a few months Emily lost her virginity. (Emily says on her Formspring that Daniel, 16 at the time, had been with two other girls prior to her.) 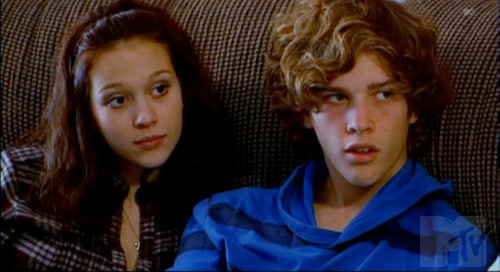 Emily was still 15 when she found out she was pregnant on June 11th of 2009, the same day that Season 1 of 16 and Pregnant premiered on MTV. (She points this out to numerous people accusing her of getting pregnant to become famous, but the commenters seem a bit slow to grasp the concept that you don’t find out you’re pregnant on the same day you become pregnant.)

She was living with her mother at the time, but shortly after revealing she was pregnant Emily moved in with her dad, who lives a short distance away in Hayden, Alabama. In some of her answers it seems that the pregnancy was the reason for moving out, saying “Umm, well I got pregnant, my mom made me leave, I moved to my dads…” But in another answer she states rather clearly, “I decided to move before I found out I was pregnant.” Either way she left her mother’s house and eventually moved in with her dad after he relented from insisting that she get an abortion. 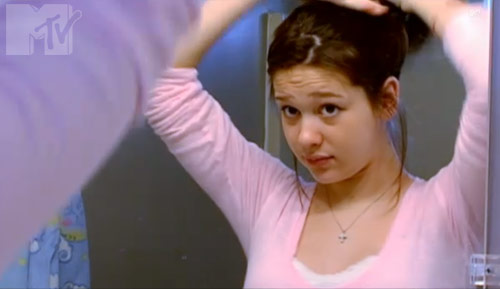 While living in Hayden Emily briefly attended Hayden High School but their strict attendance policy didn’t really cater to being pregnant so Emily dropped out and finished up her last two years of high school in one year through the home school program at Homeland Christian. That’s pretty impressive considering this was during the final stages of pregnancy and during the first few months after giving birth to Liam! (All indications are that Emily is a very bright girl who had great grades in school and judging by her Formspring account is a pretty good writer!)

Here’s a video of little Liam with mom and dad just before falling asleep:

When asked where they got the name Liam, Emily responded that it was a name she and Daniel ran across on the internet and added to a list of names they liked. Then, a few days before he was born, they decided “Liam it is!” Allen is a middle name passed down in Daniel’s family.

Daniel was finishing up high school at Hoover and working part-time at Target so for the first few months Emily had to struggle with raising Liam on her own for the most part. It’s during this time that someone asks her, “does the dad see Liam everyday?” To which Emily replies, “Noo not everyday. He works some nights so he can’t come over. I go see him some days. So he sees Liam like 2-3 times a week :/” 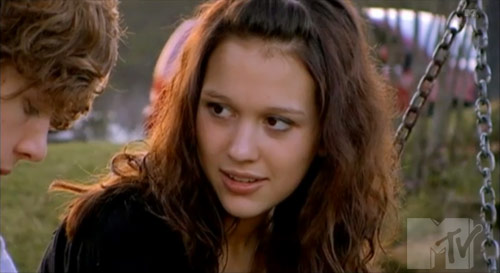 Daniel and Emily became engaged on December 22, 2009 and tied the knot on June 26, 2010. Here’s a Q&A in which Emily describes what the ceremony was like:

Describe your wedding…Did you get married in a church? How many people came to the reception? Did you have bridesmaids? Was Liam a part of it?

It was outside, in a Gazebo. There was just close friends and family…about 20-30 people. We had a very pretty cake and a low key reception with all the same people. There were three bridesmaids and three groomsmen. Liam was in the wedding and he wore a tux and carried my ring (:

The couple has since moved out and gotten their own apartment located between Hoover and Hayden, Alabama. Daniel is still working at Target and Emily has begun working at the Tex-Mex restaurant Chuy’s as a hostess. She plans on starting college in January and pursuing a career in nuclear medicine. What is nuclear medicine? Emily can explain that for you:

I wanted to be a Radiology Tech..which would be giving x-rays..this Nuclear Med. job would be like the same thing..except I can give MRI’s..and nuclear treatments..like chemo, and other things related to cancer treatment..

That’s pretty much the Emily, Daniel and Liam story up until now! I thought I would close off this post with some of Emily’s answers about why she elected to be on the show and what effect the show would have on young viewers and her son, Liam:

Why did you want to be on 16 and pregnant?
Uh, I’ve had the hardest time because of getting pregnant. And I really wanted other people to see that sometimes having sex isn’t worth everything you give up by getting pregnant.

Do you ever regret doing 16 and pregnant? Do you ever think about how Liams going to react to the struggles you went to when he sees it?
Yeah I do sometimes. Not because of Liam and stuff, just because of what its made people think. I didn’t get pregnant to be on tv, or to glamorize my life of struggles..I will let Liam know what I went through and I want him to see so he knows not to put himself in my position. So in a way I’m glad he will get to see it. 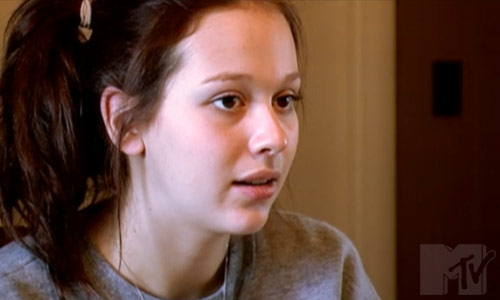 What would you tell the girls out there who want to get pregnant on purpose young?? It bothers me so much to hear girls who say that!!
It bothers me too! Because its so stupid. I would say though–Its not fair to your baby. If you get pregnant to keep your bf, what happens when he still leaves? You still have that baby. And 50% the time you’ll resent that baby. For people who think its “cute” its not. Raising a baby is HARD work. The show doesn’t portray it as REAL as it is. Also what happens if your baby is born with a defect? Its thousands of more dollars for a sick baby than a healthy one. And WAY more of your time. (Not being mean!) Lastly, anybody who tries to get pregnant young is selfish. Having a baby is a self less act, and trying to have one for any reason but out of love is wrong. (:

How are you going to explain your past choices to Liam? Such as smoking [Emily had admitted earlier that she had tried marijuana before], marrying young, having unprotected sex, and a husband who drank in HS? You are a good person overall, but do you want Liam to be like you in those respects?
First, marrying young is not bad, I didn’t have unprotected sex, and why are you writing in anon. if you know so much about my life? Liam will know everything that I have done. And in knowing what we’ve done, hopefully he’ll do the right things. Telling him our experience will show him we’re not perfect and he doesn’t have to be either. Also he will feel comfortable being honest around us, and then be less likely to lie and get into trouble. Or make a bad/mistaken situation worse. If I would’ve been raised like that, along with many other kids, I know my life would’ve been diff. K thanks.

If you could meet any celebrity, who would it be and why?
Ummm, I really don’t get all into celebrities and stuff..But I really like Lil Wayne, I’d like to meet him (:

UPDATE: Here is the exclusive MTV interview with Emily followed by a bonus scene from her episode!