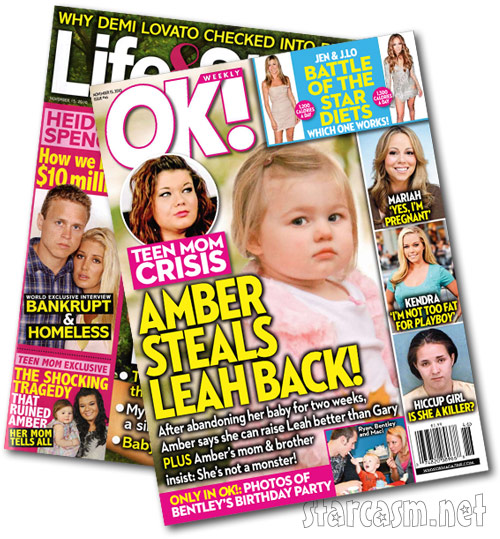 It’s been a few weeks now since the season finale of Teen Mom and a number of the tabloids are abandoning the queens of teen momma drama.

Life & Style reserved a small amount of cover real estate this week for an article about Amber’s troubled past, as relayed by her mother, Tonya Portwood. Tonya reveals to the magazine that Amber was emotionally devastated when her infant sister, Candace, died from Sudden Infant Death Syndrome when Amber was only 6, and that traumatic event contributed to Amber’s emotional instability. 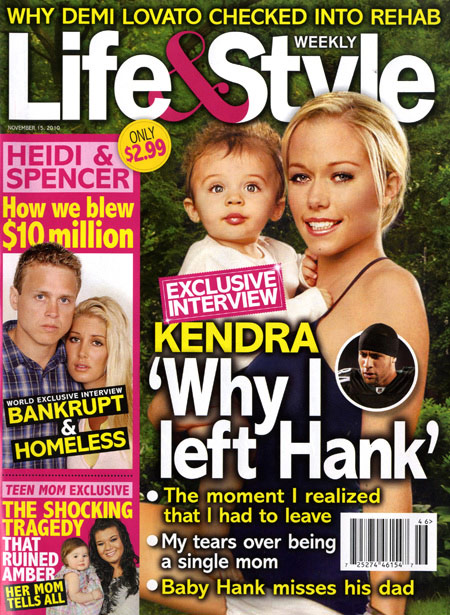 But, Tonya says there is a silver lining. From Life & Style:

Above all, there’s one urgent message Tonya wants to convey: Amber is making the necessary changes. “She’s left Gary,” Tanya tells Life & Style. “When she’s not with Gary, she’s fine. She’s looking for a better place to raise Leah. She’s seeing a therapist. She’s getting herself straightened out. She’s trying to turn her life around.

(Life & Style also talked with the mother of Derek Underwood and grandmother of Farrah’s daughter Sophia who addressed her recent lawsuit seeking visitation rights, which was denied. CLICK HERE to read about the court’s decision and what Stormie Clark has to say about Farrah!) 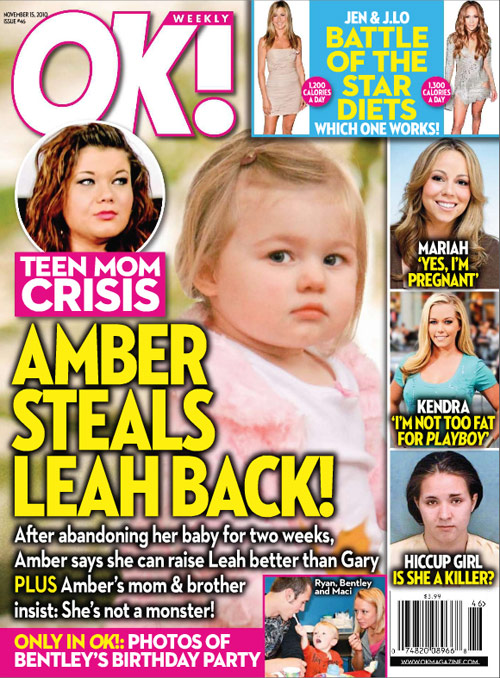 The one tabloid that seems fully committed to the young MTV mothers of both the Teen Mom and 16 and Pregnant series is OK! who ran with multiple stories this week, including their main cover story on Amber “stealing” Leah back. 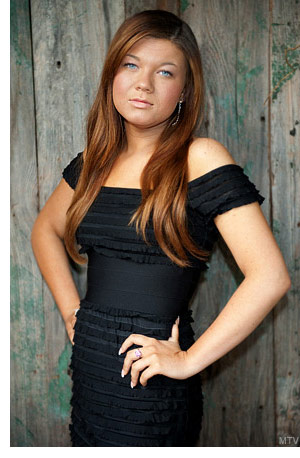 Gary reportedly took Leah after the couple’s last breakup on October 19 and Amber wet 12 days without seeing or speaking to her daughter before spending Halloween with Leah and Gary when she told him that “she was ready to do what it takes to get her life together and find a safe new home for Leah.” She then reportedly took Leah back.

According to Amber’s older brother Shawn Portwood, Jr., and Iraq and Afghanistan war veteran, Amber was receiving death threats stemming from her controversial assault on Gary that aired on MTV and that was part of her motivation for letting Gary take care of Leah for nearly two weeks. “She didn’t want Leah around because she didn’t feel it was safe,” Shawn tells OK!

He also reports Amber has moved out of Anderson and hopes that will help her and Leah get a new start. “She found a place in central Indiana on the outskirts of another town,” Shawn says. “She’s hoping to move someplace she won’t be bothered.”

Shawn talks at length to the magazine about Amber and Gary, claiming that MTV’s portrayal of Gary is a little biased and that he contributes to the couple’s toxicity by inciting Amber’s rage. He reveals that Amber’s rage issues stem from their alcoholic father and his frequent angry outbursts with their mother. He also says allegations of drug abuse by his sister are untrue and that Amber is currently in counseling and there are lots of reasons to think she will be able to turn things around.

The article has a lot of family photos featuring Amber, Shawn, Jr., Shawn Sr. and mom Tonya that are worth the cover price alone! 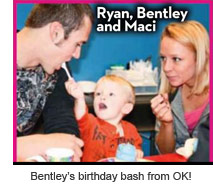 In addition to the Amber story, OK! has lots of photos and details from Bentley’s 2nd birthday, which brought together Maci, Kyle and Ryan as well as close to 40 other friends and family at Pump It Up, the Inflatable Party Zone in Chattanooga, Tennessee. The party was race car themed and featured a very happy and enthusiastic Bentley, who turned 2 on October 26.

The festivities weren’t completely without drama though as an eyewitness tells the magazine Maci and Kyle didn’t seem too affectionate and barely spent any time together during the party. (If you ask me, it was probably Kyle just being smart and avoiding drama for the sake of Bentley.)

What does Farrah Abraham’s dad Michael do for a living?