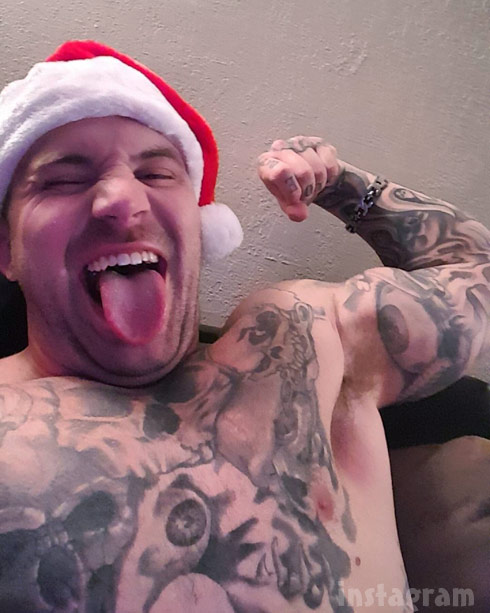 Teen Mom 2 dad Adam Lind is one of the show’s most notorious villains, but just how much of that is because of editing? Certainly Chelsea Houska’s ex can’t blame all of his image problems on MTV, because producers did not create Adam’s rather extensive criminal record (including multiple DUIs) or his string of seemingly bad relationships post-Chelsea. However, Adam recently took to Instagram to argue the case that MTV does have an agenda and does play favorites when it comes to editing him and Chelsea.

Adam innocently started the conversation with his Instagram followers by posting a selfie and asking “What’s up?” From there he began a question and answer session where he held little back.

One of the early comments asked if Adam had any regrets and he responded with “The show Lol .. For sure ..”

His grievances against MTV actually started when he came to the defense of Chelsea Houska. “Why does everyone continuously ask about Chelsea?” a commenter asked. “She’s a fake loser, end of story. Adam couldn’t give two f**ks about her, he is there for Aubree, end of.”

Adam’s response and more of his interaction with commenters:

ADAM: Shes not a loser … She just needs to learn to communicate better with me .. Great mom! .. Just is stuck in her own lil world of “perfection”,… She needs to come off her high horse and speak with me about things with our child .. I get I f**ked up pretty bad .. But for f**k sake it was 5+ years ago .. Get over it and move on with life ya know Lol… No hate here everyone calm the f**k down 🙂

COMMENTER: Definitely no hate @adamjoelind the best thing a father can do for his daughter is treat her mother well, even if she doesn’t do the same. ?

COMMENTER: You may have f**ked up, but she f**ked you and now she needs to realise you’re in that “perfect lil world” for the rest of her life!!!

ADAM: That’s right Lol… Member how she made a hugeeee f**kin deal about me not having a license Lol .. (I do have one now)… But she never complained at 2am when is drive over there to …. Yup… …. Smh..but hey its all in the past everyone needs to let the sh!t go and move on .. 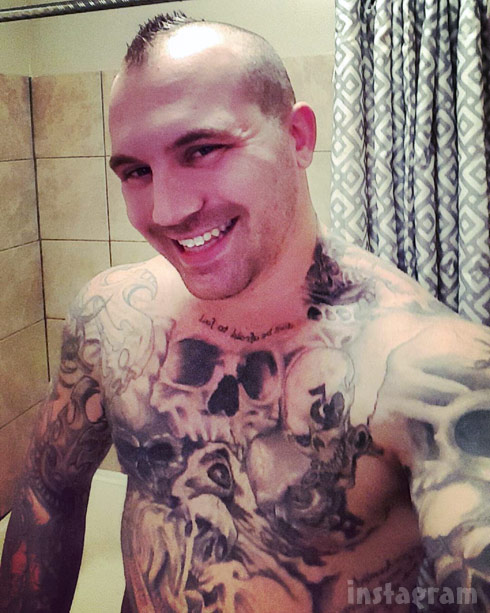 At this point the conversation is joined by another Teen Mom franchise veteran, Lekota Koch. (Lekota is CURRENTLY MARRIED TO, and expecting a child with, Teen Mom 3 star Alex Sekella’s ex Matthew McCann.) Lekota is quick to defend Adam and how the dads are sometimes edited to look bad.

LEKOTA: Not to be a complete assh0le because I like Chelsea and respect her but did she really want a family with him when she was knocked up and f**king his best friend? Or does everyone just forgive her that because she’s perfect Chelsea houska? Yes, Adam f**ked up but you all only see him hurting her. What about the sh!t she did to him? Pretty sure she also f**ked Adams brother. Adam has a heart.. He may not show it on the show but imagine how he felt being that young and going through that sh!t too!

LEKOTA: Everyone wants to think because he’s a guy, Adam has no feelings. But what if Adam did want a family will Chelsea but he was scared? He was a kid too. What if her sleeping with his best friend broke his heart and turned him into the douche we saw on TV? None of you know because you weren’t there.

LEKOTA: You all fail to realize that when you do 16 and Pregnant, the producers give you a story line. They then cut and edit your segment to fit that story line. There’s so much none of you get to see. Adams probably a really great guy. Yes, he said some sh!t he shouldn’t have and did some sh!t he shouldn’t have but it’s in the past, he’s turned his life around. He’s trying!

ADAM: Much appreciated @lekotakathleen you nailed it lol

LEKOTA: @adamjoelind engaged and having a child with someone from the show, I get it dude. Don’t even worry about it.

Here’s another random fan interaction that has nothing to do with anything:

COMMENTER: Why do you air your dirty laundry on Twitter it’s almost as cringe as the colouring book on your arm

ADAM: Wana know something funny lady…. I don’t have twitter ya f**king dur da dur.. If your gunna just talk sh!t about me .. Go DM Chelsea see if she answers Lol

COMMENTER: It was only a question? No need to be so defensive

ADAM: The usual response from someone who gets put in their place …

ADAM: Lol the butt hurt begins ! … Let me guess #teamchelsea?? Smh … Low class .. Lady you are on my page talking sh!t about my tattoos?!… Get a bf or something.. ✌ maybe try the gym.. Looks like u could use it ?

Adam later shared a photo of his daughter Paislee sleeping and captioned it, “Wish her sister was here 🙁 …” In the comments section he revisited his grievances against MTV. “Do you ever wonder it was a bunch of sh!t and lies for you to stay glued to the TV…. Ever wonder why they never showed any of Chelseas wrongs?… Weird how that works huh,” Adam wrote.

On a separate note, it’s not just virtual hate in the form of nasty comments that Adam has to deal with, he also has to deal with actual, physical disdain — to the tune of $2,500 in damage to his truck! Adam shared this next photo of his rather fancy truck with the tires slashed:

Well this is what I come outside too.. Someone slashed my tires… Awesome I've literally done nothing but kids …gym …and train clients… Only + thing about the night is Connor won me couple 100 bucks on the fight Lol…. Slashed tires just proves whats wrong with society… No reason to cry over spilt milk .. Life goes on I can get new tires… #karma #karmawillgetyou

One commenter stated that the attack probably wasn’t random. “Definitely wasn’t random Lol,” Adam wrote, adding, “Trust me.” (In case you missed it, Adam is no stranger to vengeful truck tire slashings.)

Adam later updated fans with a new photo of his truck with the tires replaced: 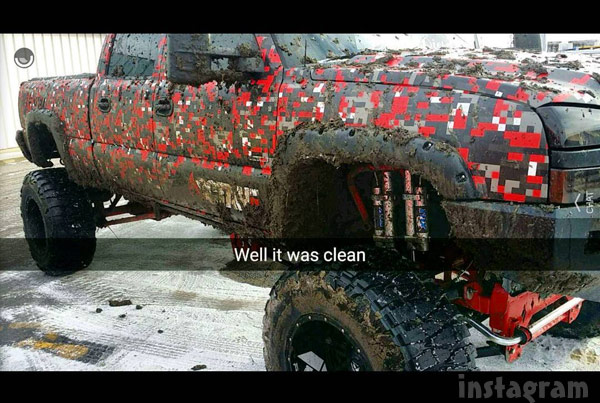 [Note to self: Do not even begin to dream of ever being able to afford “mud grapplers,” whatever those are.]