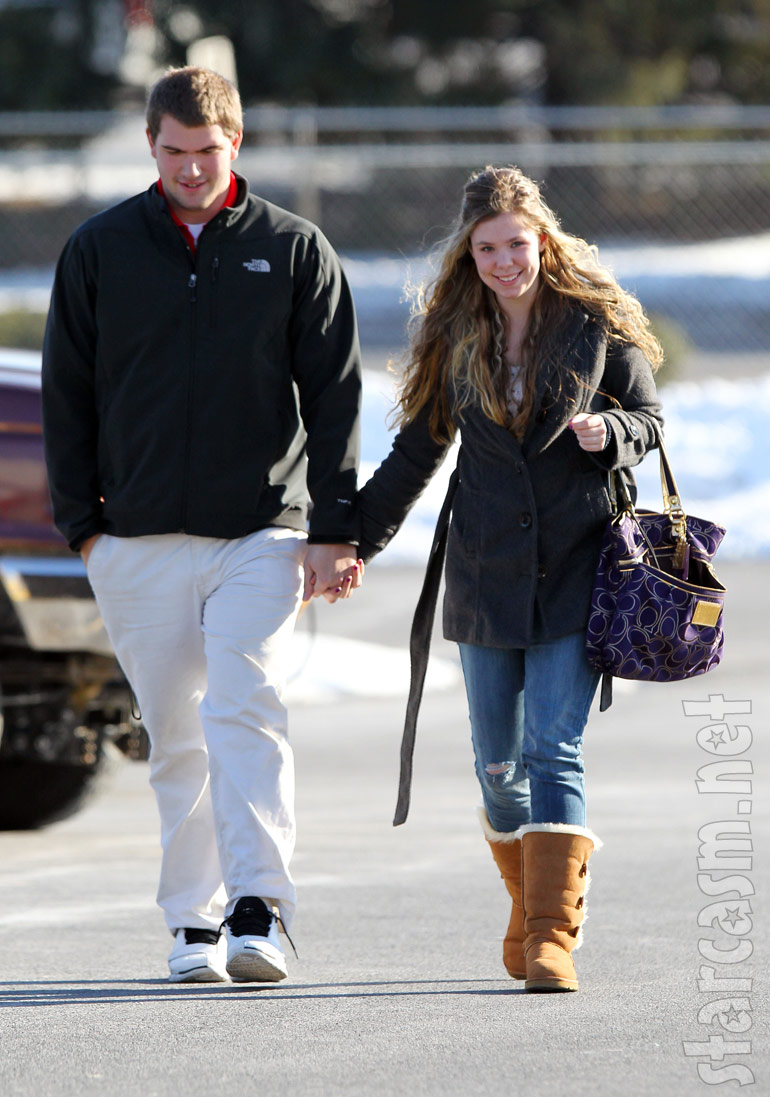 The Teen Momarazzi have invaded Pennsylvania! Photographers captured Teen Mom 2 star Kailyn Lowry out and about with co-worker and rumored new boyfriend Jordan as they shopped for diapers and threw a party celebrating Kailyn’s son Isaac’s first birthday earlier today. (Which is actually January 18 for those avid Teen Mom fact checkers out there)

Kailyn (or Kail as she likes to be called) was not afraid to unleash some serious public displays of affection as she and her new man got rather intimate for the cameras: 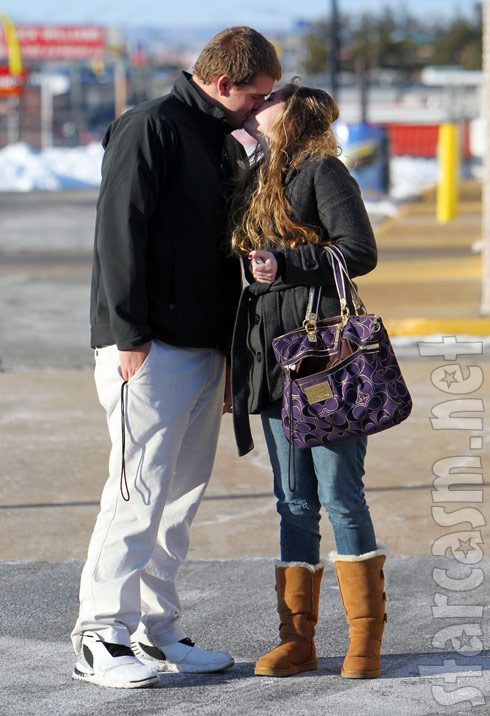 These photos surface right on the heels of Kail’s baby daddy Jon Rivera accusing her of cheating on him while living with him and his parents. The accusations played out on Kail’s Facebook fan page on which Jon left a comment about how Kailyn had borrowed his car to visit a friend and had put 80 miles on it before returning it to him. Here is the conversation as it played out:

Jon Rivera If someone told put 80 miles on your car in one night and told you that they went to work, to a friends, and back would you believe them….

Commenter I can’t Wait for next Week ! 🙂
Jon, I Think MTV Does A Real Good Job of Making You Look Bad :/

Commenter 2 Actually..I would believe them where I live, and probably where you do too (my best friend is from northampton) and i live in ny…where everything is super far apart..sometimes the miles add up quicker than ya think.

Commenter 3 jo do you go to NCC too? or are you still in HS

Kail Lowry Thank you alllll for the support. I wish I was able to get on here everyday and reply to every one of you. I’m doing what I can.
Jo makes himself look bad… no matter how much editing there is we all do things that we can look back and know… how to make it better.
Jo is not in school, he only works.See More

Jon Rivera Imma jerk? Lol. Why? Because i dont let ppl take advantage of me? Because there are rules to abide by when your livin in someone elses house? Because im real and say wats on my mind? Cuz i dont like being lied to and disrespected? Cuz i want to my son to have the best life possible and have both parents in his life? You’ve never met me nor have you even spoke to me before but you can make the judgement that imma jerk. Sounds to me like your the jerk…

Drama, drama, drama! WOW! And if you turn WOW upside down you get MOM! And here’s mom Kailyn walking by herself: (Sorry about that weird segue) 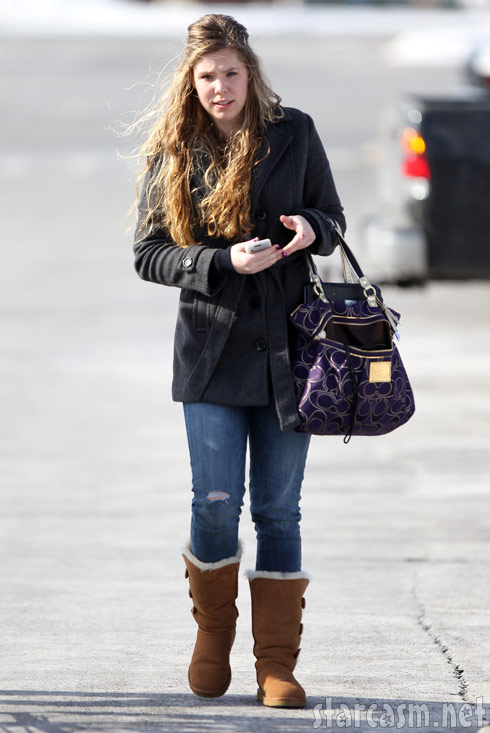 I don’t know about cheating and all that, but Kailyn sure looks happy with her strapping new man dontcha think?

And judging from the photos (for whatever that’s worth) he seems to be pretty good with Isaac: 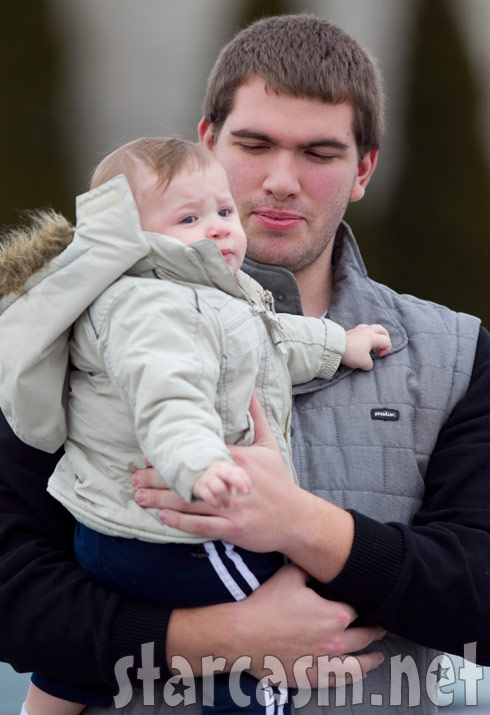 Kailyn is really in a rough situation. Things are obviously not working out with her baby daddy Jo but his parents are the only ones willing to give her any help because her mom is a little loopy and completely selfish. So she’s stuck staying in the same house as Jo but should be able to date other people… It should be interesting to see how all this plays out, which we will get to do every Tuesday night at 10/9c on MTV!

Here is the potential new happy family all together: 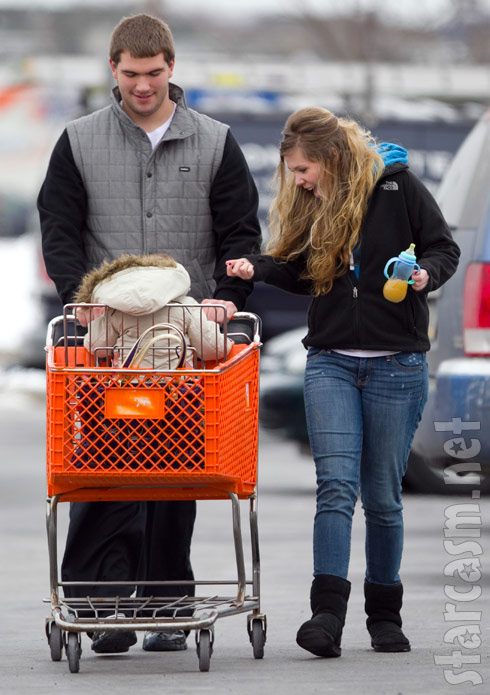 And here’s the couple outside Isaac’s 1st birthday party: 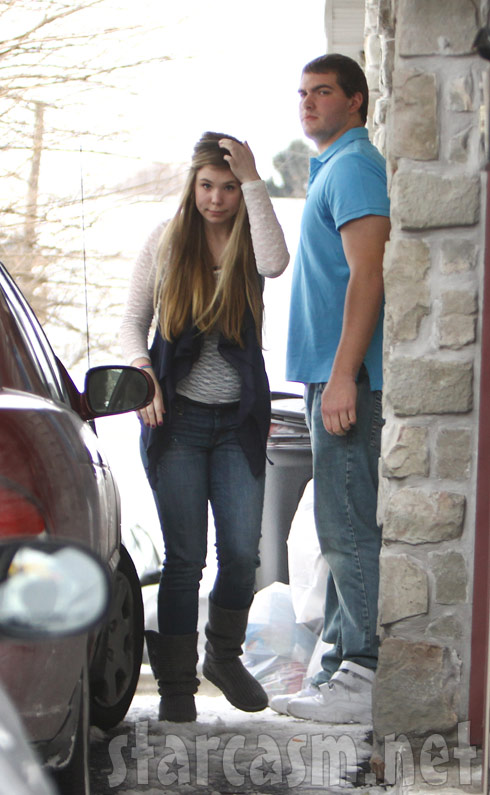