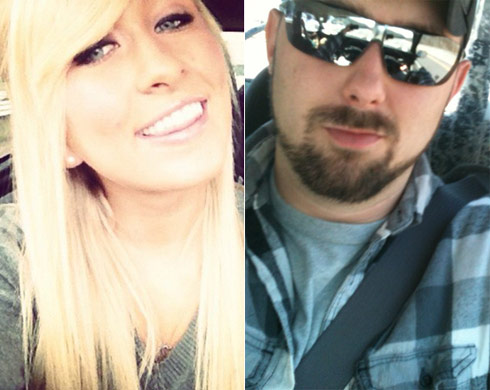 Back in the day after Corey Simms split from Teen Mom Leah Messer, rumors leaked that he and 16 & Pregnant cast member Nikkole Paulun had a tryst. At the time it didn’t amount to much more than innuendo with Simms dismissing it by claiming that Paulun was harassing him.

In the midst of all that Paulun caught some serious hate as many fans of the show labeled her a homewrecker among other not-so-nice things. Even though a lot of time has passed, this obviously still bothered Nikkole as she decided to post a couple of old Skype screen grabs over the weekend in which Corey directly propositioned her for sex.

Here they are (with a little bit of censorship). If you want to see the originals they are still up on Nikkole’s blog. 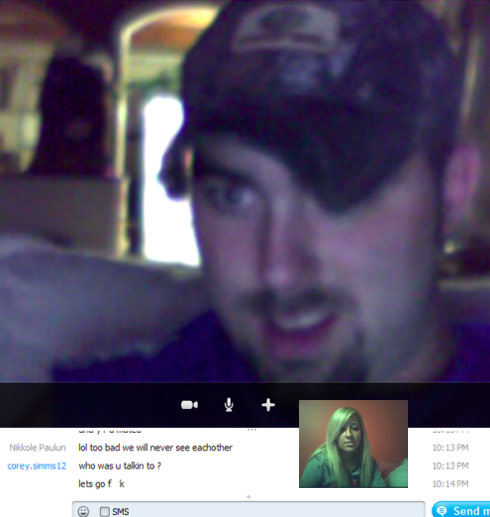 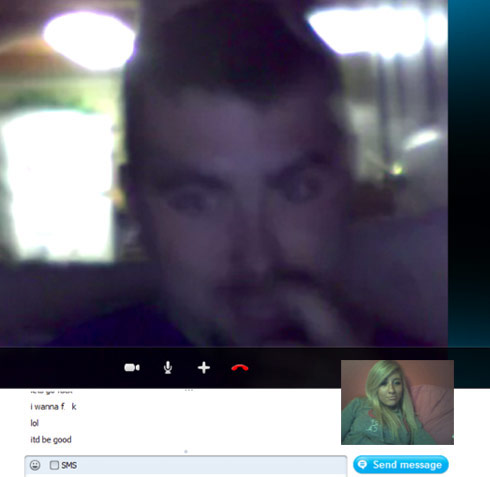 Twitter followers wanted to know why Nikkole decided to post these screen grabs after so much time had passed. Here was her defense of her actions: 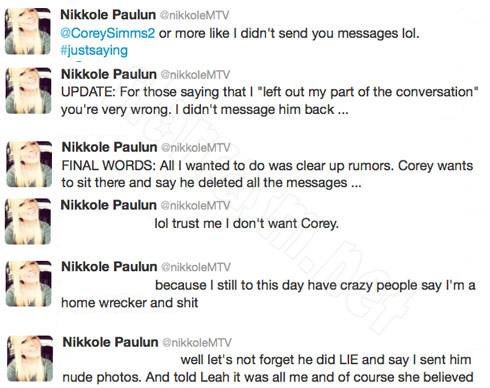 As capped by All the Teen Moms Nikkole summed it up this way:

All I wanted to do was clear up rumors. Corey wants to sit there and say he deleted all the messages well they are still on my Skype and they get much much worse, even creepy. It was funny at first but then just weird. He’s a good dad but a good person, IDK.

As for Corey’s response. well he certainly didn’t deny it was him but remember, this was after he and Leah had split.

I kind of understand both sides on this one. The timing seems odd for Nikkole to have waited this long but if she’s still getting burned for being a supposed homewrecker than perhaps she just had too much of that and wanted to present her side of the story with the evidence she had handy.

What do you think about Nikkole posting these grabs?