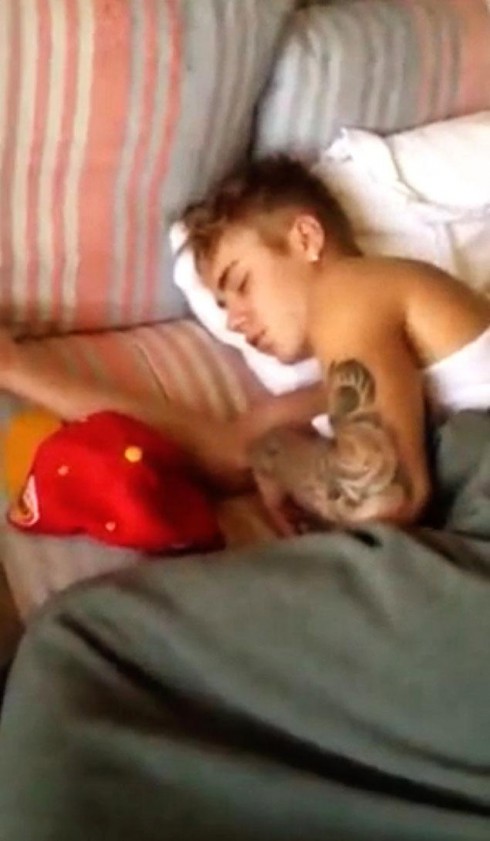 Drama has followed Justin Bieber during his entire visit to South America. First he unsuccessfully tried to go incognito while leaving a popular brothel. Then he was busted for spray painting a wall. Now he’s defending himself against sleeping with a prostitute…

The most recent debacle began when a mystery girl posted a video of Justin sleeping. The girl’s identity wasn’t revealed in the original video, so many people jumped to conclusions about her career.

“She is a prostitute in brazil… i am from brazil and saying = this country is pure prostitucion and futbol,” one person said in the YouTube comment section. It was “up voted” 170 times.

Justin’s team quickly rushed in to clear up the rumors, telling TMZ the girl is definitely not a hooker. According to the insiders, she was one of 50 partygoers who attended an event at the home Justin rented in Rio and she got the video when Justin fell asleep on a couch. The team says Justin is “creeped out” and disappointed.

Although there are still some doubters of Justin’s story, we can confirm the “mystery girl” is actually Tati Neves, a minor regional celebrity. (The smoking gun is the large tattoo on the mystery girl’s arm… She only briefly raises her left hand to blow Justin a kiss, but it seems she has a tattoo like the one Tati sports.)

Tati is a Brazilian pinup model who is best known around the area for winning 2012’s Miss Bikini Wellness pageant. 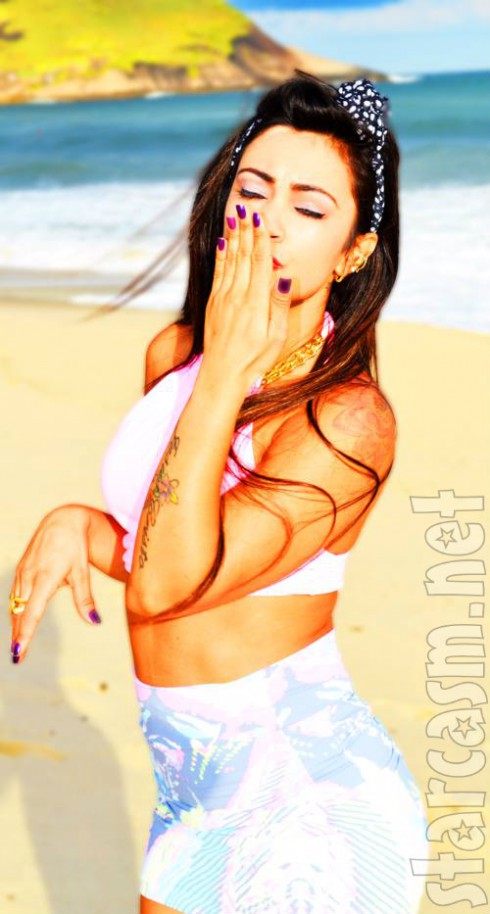 Based on her modeling profile, Tati’s full name is “Tatiane Neves Barbosa” and she is 26 years old. She says her dream job is “being missionary.” (But I can’t say for sure that Google didn’t mistranslate that from her dream position…) 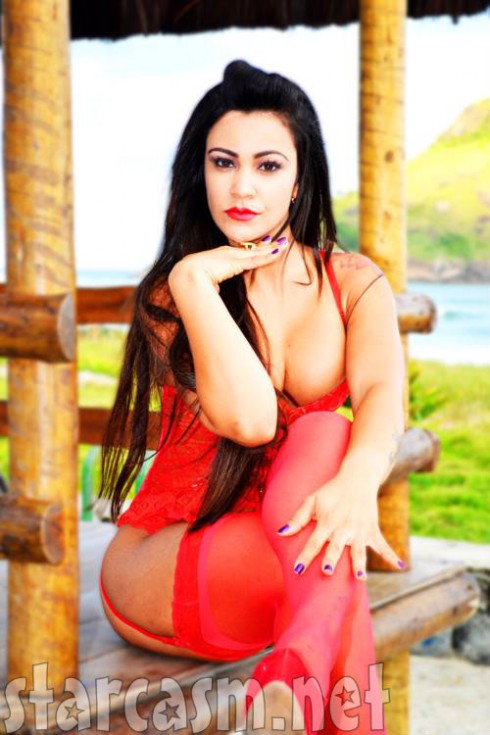 Do you believe the Beliebers’ story?

Doesn’t look like Justin Bieber was drag racing after all