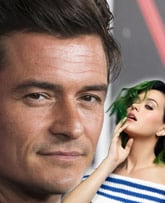 Katy Perry and Orlando Bloom want everyone to know that they're taking a break. The pop star and the A-list actor had been dating for a little over a year before officially announcing that they're going to be on a relationship hiatus.
Read More...
Another steamy chapter has unfolded in the crazy romantic dynamics between superstars Selena Gomez, Orlando Bloom, Katy Perry, Justin Bieber and Miranda Kerr. The heat got turned way up for Gomez and Bloom during an after party in Vegas over the weekend. Selena had the soiree as a follow-up to her concert at Mandalay Bay. Bloom was a surprise late addition but the actor had no problem making himself known to the hostess shortly after his arrival, and there's pics to prove it!
Read More... 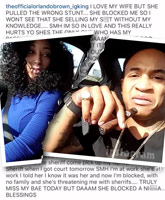 Almost two weeks after being arrested for allegedly assaulting his girlfriend (and having meth in his possession) in a police parking lot, former That's So Raven star Orlando Brown looks to have lost his most important ally: his girlfriend! Keep reading for all the latest That's So Crazy drama from Orlando and his apparent ex-girlfriend Omena.
Read More... 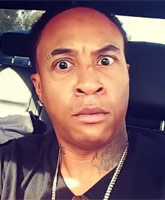 That's So Raven star Orlando Brown is once again in a bit of legal trouble after he was arrested this week for allegedly hitting his girlfriend in a police parking lot while in possession of meth. In what could easily be an audition tape for a new reality series titled That's So Orlando, the actor posted a series of Instagram videos yesterday as his girlfriend Omena drove him to court in which he "smoked" an unlit cigar and laughed off the accusations against him. Plus, Omena comes to ORlando's defense on her own Instagram page.
Read More...
Read More...
Read More...
We use cookies to ensure that we give you the best experience on our website. If you continue to use this site we will assume that you are happy with it.OkNoPrivacy policy