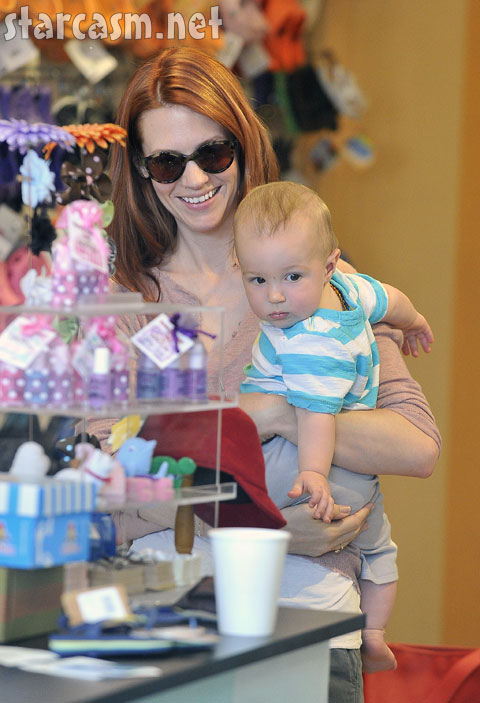 A newly red-haired January Jones (34) was spotted out in Silverlake L.A. today shopping for baby shoes for her son Xander. First off, let’s just get it over with: January looks amazing with auburn locks!

This new hair is a great way to distance herself from her Betty Draper character. When she goes out with blonde hair, I get a visceral reaction much like when Betty Draper comes on the screen. Something inside my head yells out “Icy bitch! Stay away!” It’s uncontrollable, I can’t help it, and it absolutely has nothing to do with January Jones herself.

There’s speculation going around the ‘nets that she also added some fiery extensions to lengthen out her new look. If she does have extensions, they look great!

There are no upcoming roles on her IMDB, so it looks like January didn’t change her look for a part, but for herself! Fantastic decision.

Xander’s a cutie, but daddy is still a mystery. What’s not a mystery is what happened to his placenta. To each their own! 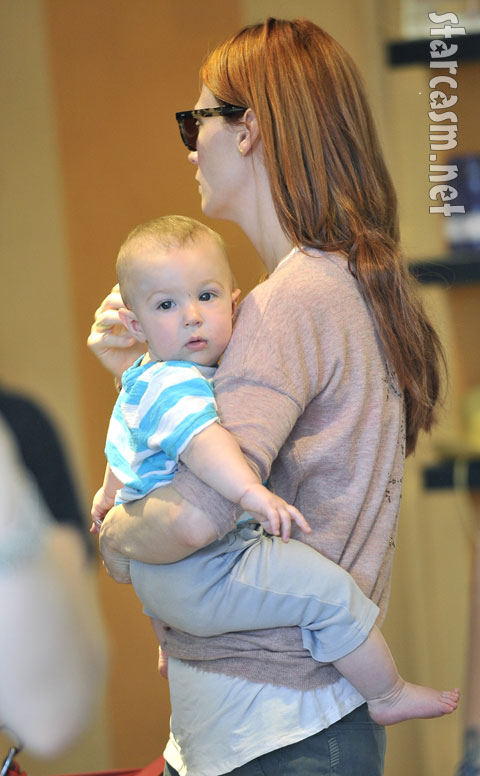 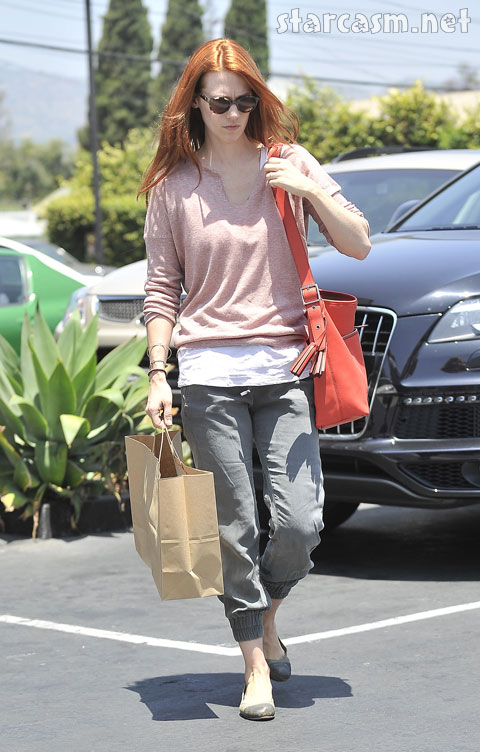 Report: Levi Johnston slips off Levi’s puts Johnston to work, will be a daddy again