Mad Men is possibly the most acclaimed television show of this young century. It’s won more accolades–and style points–than most programmes will ever dream of. And the whole crazy ride will come to an end this spring: Sunday, April 5th, is the date the first of the final seven episodes will air. The whole thing’s already been shot, cut, edited, post-produced; it’s is all over except the airing. Which means we have to ask the following question: What are the cast members up to now? 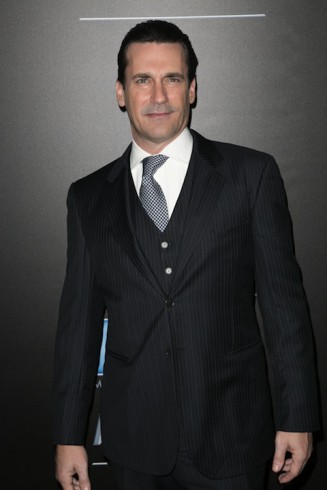 Handsome man and all-around goofball Jon Hamm is finished playing suave mystery man Don Draper, but his days of hamming it up (you can keep that one) in front of the camera are far from finished. In fact, you can see him right now–he’s playing final-season character Ed on the also-wrapped Parks and Recreation. And you’ll be able to hear his talents this summer, when Hamm lends his voice to the Despicable Me spinoff Minions. Hamm will portray Herb Overkill, husband to the nefarious scientist villain Scarlet (ably voiced by Sandra Bullock). 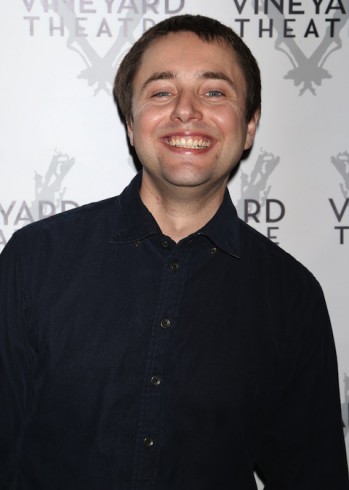 Vincent Kartheiser is no stranger to series finales; he already survived one, as the loveable scamp Connor on the Bubby the Vampire Slayer spin-off Angel. And Vinnie K-Pants has still got a full plate following his final turn as smarmy Pete Campbell. For starters, he’s a regular voice on popular Fox animated series High School USA!.

He’s also just finished shooting a meaty role in the Hollywood indie in-flick Day out of Days. That movie depicts life in the seedy fast lane of movie star celebrity; also featuring Melanie Griffith, Ione Skye, and Eddie Izzard, the film is expected to do the rounds along the festival circuit later this year.

Finally, Kartheiser just landed the title role in The Blunderer, a film based on the Patricia Highsmith novel of the same name, about a young man whose life unravels when he’s found dead at the bottom of a cliff. Which, incidentally, is exactly what a lot of people hope will happen to Don in the Mad Men finale. 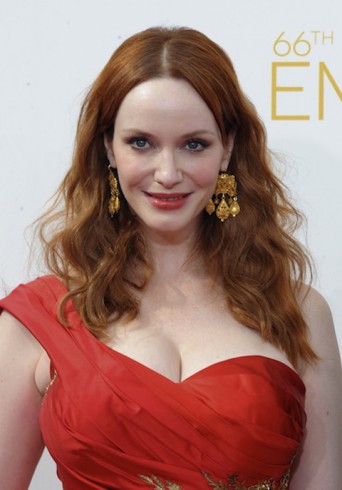 By the time Mad Men began its run, Christina Hendricks had already made something of a name for herself among science fiction fans for her brief turn as Saffron in the Joss Whedon vehicle Firefly. And now that she’s starred in an office drama, the sky’s the limit for the woman Esquire has called the Most Beautiful in the World.

Which is probably how she landed major roles in two promising new projects. Hendricks has already completed filming for Dark Places, the newest adaptation from Gone Girl author Gillian Flynn. Set on a farm in rural Kansas, the movie explores Satanic black masses and ritual killings, and also stars Charlize Theron, and will be out later this year. 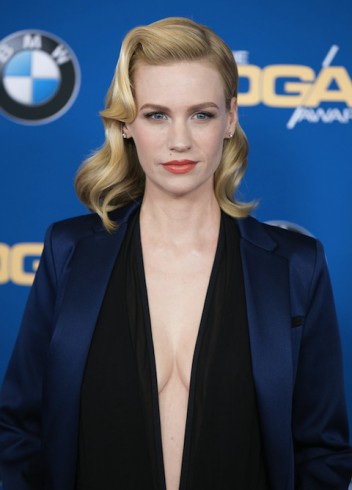 January Jones might play a misunderstood ice queen on Mad Men, but the role she’s lined up for life after Betty Draper is some thawed-out fun. Try on The Last Man on Earth: the Will Forte-penned situation comedy features Jones as Melissa, who may or may not be the last woman on Earth, following a mysterious plague that wipes out humanity. TLMoE drops on March 1st–of this year. That’s before Mad Men even comes back, savvy calendar-watchers. It’s possible that we’ll have two JJ-graced shows on the air at the same time this spring. For a couple of months, at least. 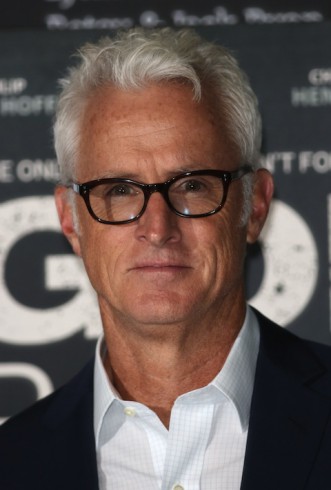 Who’s going to miss silver fox Roger Sterling the most of all the Mad Men characters? All the fans of wit and dashing good looks, that’s who. But John Slattery is in this business for the long haul, which is why he started directing Mad Men episodes years ago. Now, the man has a whole host of directing credits to his name–including last year’s God’s Pocket, which co-starred Christina Hendricks.

Speaking of thinking ahead, J-Slat was doing just that when he nabbed the role of Howard Stark in the Iron Man sequels. He’ll play the same character in this summer’s Ant-Man, the landmark 44th comic book movie to come out in the last four years. Sequel-wise, Slats features in the upcoming talking bear docu-drama Ted 2, which will come out exactly three weeks before Ant-Man. Start calling it the “Summer of Slat” right now. 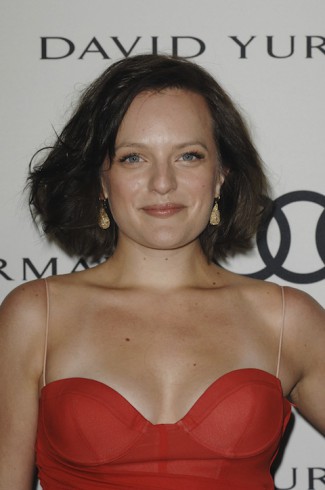 Elisabeth “Zoey Bartlet” Moss has been a fixture on American television screens for nearly two decades: The West Wing premiered in 1999, and Mad Men bids farewell in 2015. Hard to believe she’ll soon be on to bigger, better things, but such is the way of life in Tinseltown.

Movie-wise, though, Moss has got a whole truckload of projects lined up. Strap yourself in for this list: To begin with, she’s starring in this year’s High-Rise, a dystopian science fiction adaptation of the J.G. Ballard novel of the same name. After that, it’s on to Meadowland, a drama about keeping true to oneself among the fever dream of life, and co-starring Olivia Wilde and Luke Wilson.

From there, Moss head out to become Queen of Earth, in the psychological thriller about two women in a beach house that co-stars Katherine Waterston. Finally, she’ll saddle back up to the pant suit in late-season drama Truth, portraying a journalist who has to decide how to cover the breaking story of then-presidential candidate George W. Bush’s abuse of power to get out of fighting in the Vietnam War.