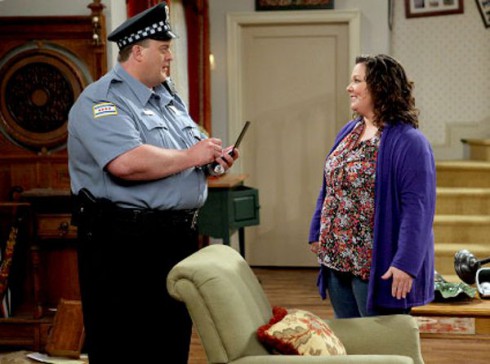 The popular CBS sitcom Mike & Molly stars Emmy Award-winning actress Melissa McCarthy and comedian Billy Gardell as an overweight couple that fall in love after hitting it off at an Overeaters Anonymous meeting. Obviously, the couple’s weights are important to the concept of the show, but that hasn’t stopped Gardell from trying to shed his trademark girth. The actor began working with a trainer last October and has lost more than 50 pounds to date!

Gardell visited the set of TBS’s Sullivan and Son in early June and posed for this photo with the show’s star Steve Byrne: 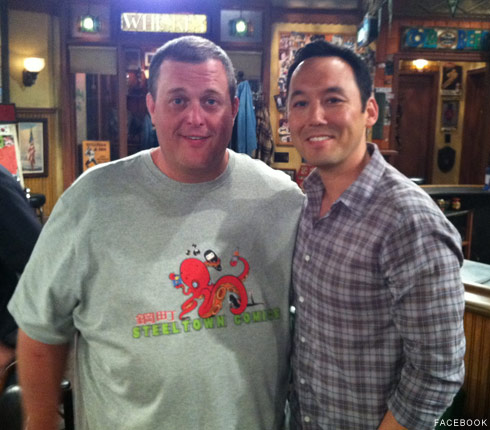 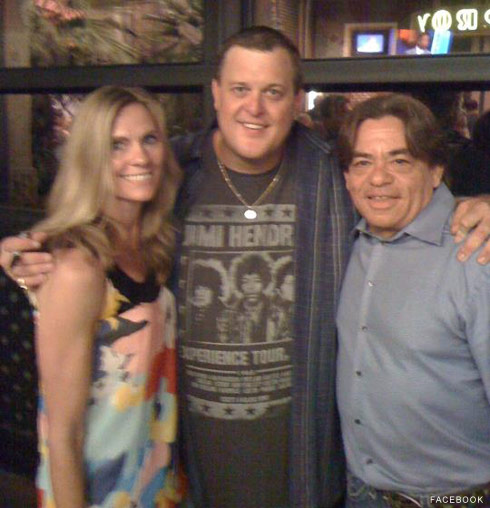 And another picture from his Las Vegas show on July 28: 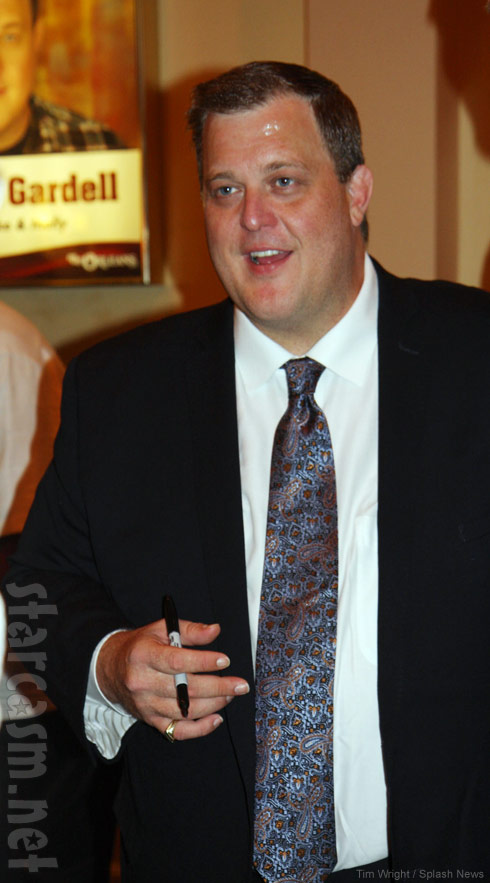 Gardell recently spoke about his weight loss and whether or not he was concerned about the effect it would have on the show in an interview with UTSandDiego.com. According to Gardell, he has complete approval from the show’s creator, Mark Roberts. “He said, ‘Look, man, just take care of yourself. This show is about two people falling in love. It’s not about weight. We’ll write it as you go,’ ” Gardell said. “They’ve been really gracious that way. … I feel a lot healthier — really good, actually.”

Gardell also talked about his weight loss in an appearance on The Late Late Show with Craig Ferguson in April. At the time he had lost approximately 45 pounds. Here’s the clip:

Gardell jokes, “I’m always gonna be a big guy. I don’t want to be the big fat guy who loses weight and then has that giant head.”

Craig Ferguson asks him if he plans to lose more weight and Gardell says, “I’d like to lose another 30 just for my knees, and then I’m good to go.”

So what’s Gardell’s secret? “I got a trainer … It’s this little Russian guy named Kristi (sp?). He’s like really stocky and just has no emotions, which I respond to.”

Gardell reportedly revealed during his Las Vegas show that CBS hired his trainer for him. He even joked that he’s glad Mike & Molly is a hit, because if it wasn’t, CBS probably would have just given him pizza and cigarettes instead of a trainer.

Congratulations to Billy Gardell for the weight loss! Anybody who has ever tried to shed any weight at all knows that it is hard work – plain and simple. Let’s hope he’s able to lose the 25 more punds he aspires to and we see a much slimmer and trimmer police officer Mike Biggs! (There is no official word if co-star Melissa McCarthy is going to try to keep pace.)