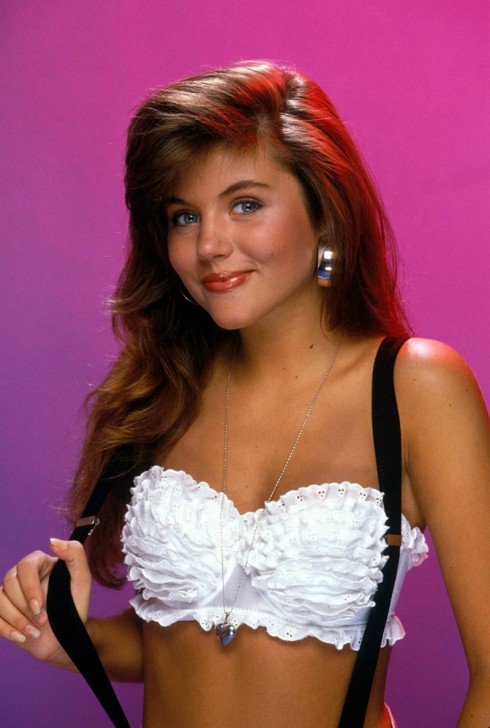 Actress Tiffani Thiessen was just 15 years old when she got the part of Kelly Kapowski, the squeaky-clean all-American cheerleader on the hugely popular sitcom Saved By The Bell. Who would have guessed that at the time she was already sexually active – with a boyfriend that was five years her senior?

Tiffani revealed the shocking fact on her recent appearance on The Howard Stern Show. Here’s the clip, followed by some of the questions and answers from the interview:

HOWARD STERN: So you lost your virginity at 14? You were moving on a fast track!

Are you going to tell your daughter that you…

I’m not going to be dishonest with her, because honestly, for me — you I think my mom can at least rest easy that it wasn’t a one time thing, that I actually was with the guy for five years.

Are you sorry that you had sex at 14 now? When you look back on your life do you say, “Gee, I wish I had waited because then I would have kind of, maybe, appreciated it more.”

You know, I try not to have a lot of regrets. I really don’t. And I don’t think I can say that.

I’m thinking about this guy you were with. He could have legally been a sex offender! If your parents had pressed charges against him…

…he could have gone to jail. Isn’t it a miracle that your old man didn’t take that gun and shoot him right in the head? 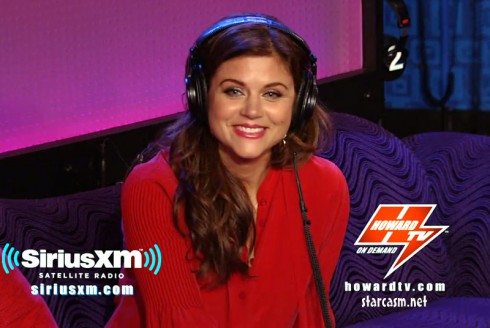 If you’re like me the interview had you wondering whether Tiffani’s boyfriend could still get in trouble for his actions. When she was a teenager Tiffani lived in California, and according to their laws the statute of limitations on statutory rape (that doesn’t involve violence or child molestation) is three years.

Damn, 14 sure is young! Tiffani’s daughter Harper is only two – I wonder if her “no regrets” stance will hold up when Harper turns 14.