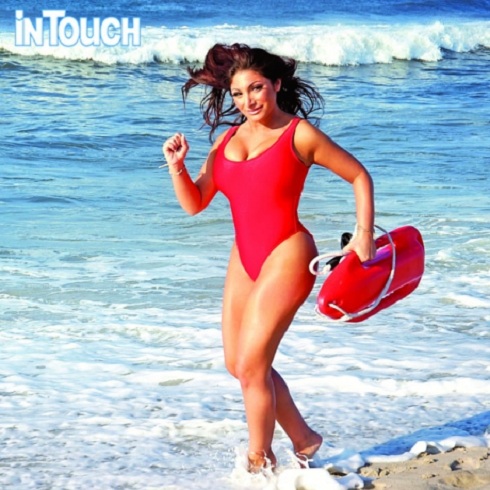 Deena Nicole Cortese is giving In Touch. “I’m the guidette Pamela Anderson,” she says — which explains why she chose to wear the iconic red swimsuit for her big weight loss reveal.

Prior to the In Touch photos, fans took notice of Deena’s shrinking size during recent red carpet appearances including last month’s MTV VMA After Party where Deena looked to die for in a strapless mini: 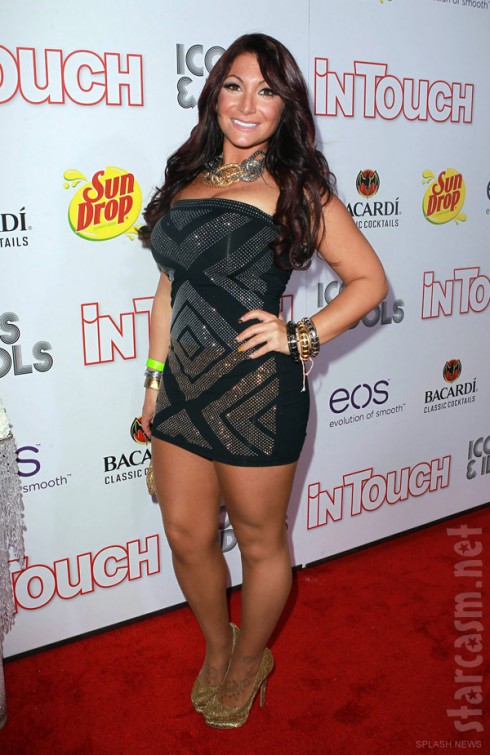 Deena may be ready to flaunt it now, but she was not always this confident — by any means. “I’ve always struggled with my body image,” she admits. After joining the cast of Jersey Shore during season 3, Deena was targeted by cyber bullies who picked on her and her weight. “If you’re a little heavy, online bullies will treat you like crap. It’s sad. And it really hurts.”

After watching herself evolve on the show, Deena knew she was heading in the wrong direction and opted for a change. “My weight was getting out of control, and I knew it was time to do something about it.” Now that she’s dropped from a size 8 to a size 4, Deena is more confident than ever.

“I’m happy with myself, and that’s the only thing that really matters,” she says.

For more of Deena, be sure to tune in to the season premiere of Jersey Shore tomorrow night at 10/9c on MTV.

Until then, let’s take a stroll down mammary lane and check out a photo of Deena Nicole Cortese back before she set foot in the Jersey Shore house in which she is ROCKIN’ a zebra-striped bikini underneath an unpeeling pair of skin-tight denim cut-offs!

Can you say Deena Nicole Cortease?