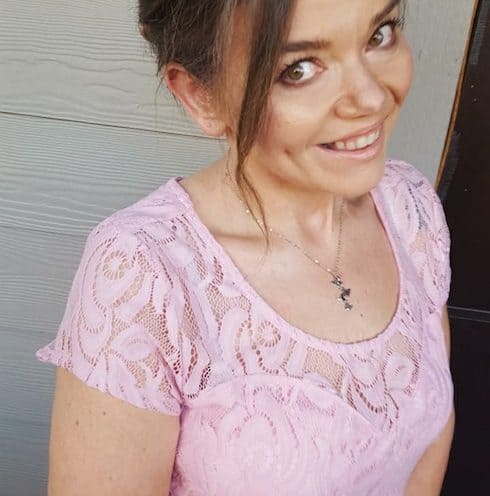 We’ve been big admirers of Brittani Fulfer and her infectious good mood almost since her very first My 600 Lb Life episode first aired. So it’s with genuine amazement that we present the complete transformation that is My 600 Lb Life Brittani now! (Yes, that really is her in the photo at the top of the article!)

Viewers met Brittani, whose initial episode premiered just over two years ago, when she was at her heaviest and most depressed. At 605 pounds, Brittani described life in her body as “pain and sadness” and called herself “the most disgusting thing in the world,” adding, “Every single day, I look in the mirror…and I’m like, ‘What did you do to yourself?'”

By that episode’s end, Brittani was down to 365 pounds and had become physically intimate with her husband Bill (which she said saved their marriage). By the end of her Where Are They Now? follow-up a year later, Brittani managed to drop over 100 pounds yet again, weighing in at just 272. As part of the celebratory moment, she announced that she and Bill wanted to try to have a baby.

While Brittani hasn’t yet offered a public update about she and Bill’s efforts, she does share new before-and-after photos fairly regularly. (She also seems to revel in the positive feedback her nearly 16,000 followers give her — which definitely seems like a smart move given how difficult any weight loss journey is.)

So, while the photo at the top of the article is the most recent that Brittani has made public, we think the one she shared on January 1st, 2018, is actually more surprising. Have a look: 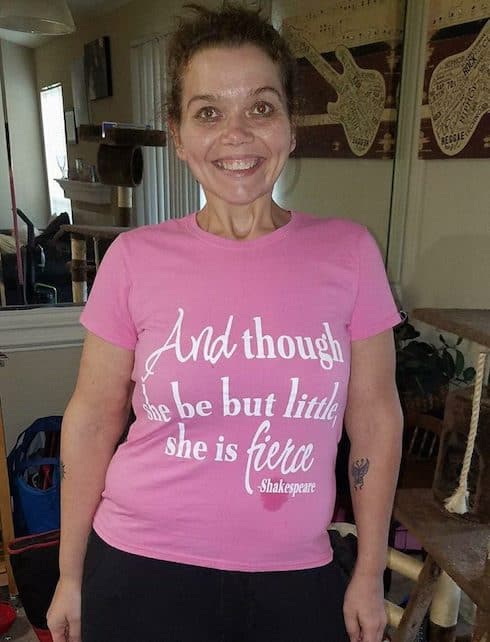 In fact, Brittani’s physique is so radically different in the above shot that several of her fans were concerned that she’d gone too far in the other direction. One in particular worried that Brittani’s “bones hanging out means she’s malnourished.”

But Brittani — who engages with her fans pretty regularly, considering how many of them there are — was quick to assure the woman. “Ty for the concern,” Brittani said. However I am healthy my doctor checks me all the time. Im good. Better than good.”

As Brittani’s social media followers know, she’s a devoted hashtag addict, and often uses the #tinybutfierce hashtag in her posts. This prompted another recent update, thanks to one unintentionally rude fan who wondered why Brittani uses it at all when she is — in the person’s own words — “so far from tiny.”

The response is basically Brittani in a nutshell. Here’s her clapback:

I am 5ft which is small stature and I am fierce meaning I am not going to let anything stop me. Also it is a play on my favorite quote by Shakespeare. “And though she be but little, she is fierce.”

I understand that I am not tiny in weight per say however, I am not a big person. I usually do not feel the need to explain myself. But this hashtag is something that I hold dearly. I never have claimed to be tiny by weight standards. I am a thick girl. But I really don’t take up much room. So that is where I stand on that.

If this comes across rude or condescending that is not my intention. I just want my page to be one of positive energy and this question was not the first and I am sure it wont be the last of less than positive energy. I am just a girl who is trying my best and I enjoy hashtags!

(In case you were wondering, the line “And though she be but little, she is fierce” comes from Act III, Scene II of A Midsummer Night’s Dream.)

Here’s one more look at My 600 Lb Life Brittani now — and it’s a side-by-side, featuring images from late 2016 and 2017, to help you better appreciate how quickly the weight is vanishing: 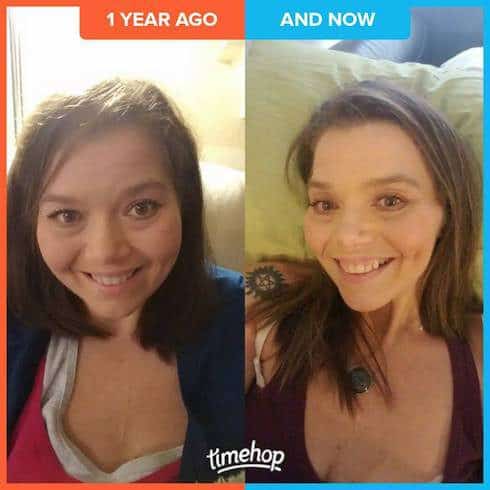 Finally, here’s one more recent update from Brittani. We include it here because, as Brittani herself noted, it’s the answer to the question she gets asked more than any other: If she could do it all over again, would she?

One of the questions I get the most is would I do this whole experience over again? The answer is…..in less than a heartbeat. I have become much more the me I have always wanted to be. I WILL ALWAYS be forever grateful for this experience. I believe that nothing in life worth doing is easy. It is hard work every day. But I love my life and my life is worth every second of hardship. Without the hard times, I would never know how amazing my life is now. Always moving forward, always learning, forever loving.

You can follow along with Brittani’s weight loss journey via her official Facebook page here. And you can revisit Brittani’s story by streaming it on TLC’s official My 600 Lb Life site here.

MY 600 LB LIFE Lacey’s body is a ‘ticking clock waiting to go off’: Where is she now?