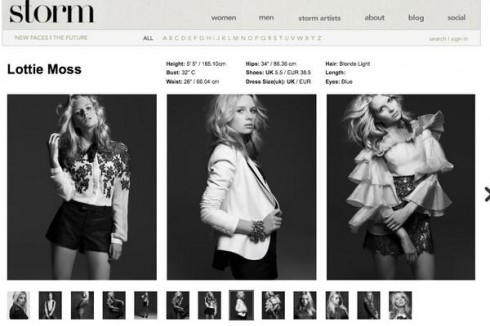 The mega-agency seemed equally pleased to have Lottie on their roster, tweeting a “happy birthday” message. 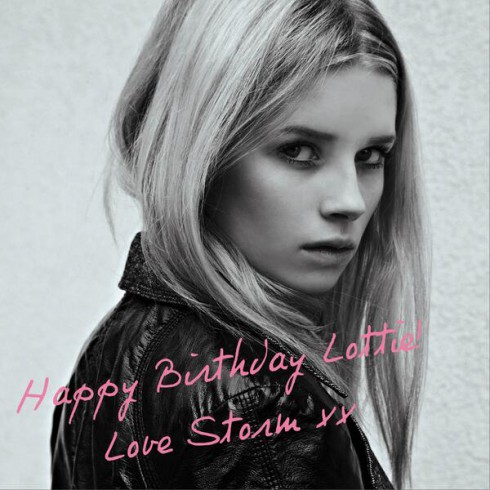 (Anyone else getting a major Emma Roberts’ vibe from that photo?)

Lottie — whose full name is Charlotte Moss — has the same father as her famous half-sister. Born in 1998, when Kate was already a certified supermodel, Lottie had a largely normal upbringing. She created some major buzz in the modeling industry when she was photographed at Kate’s 2011 wedding. 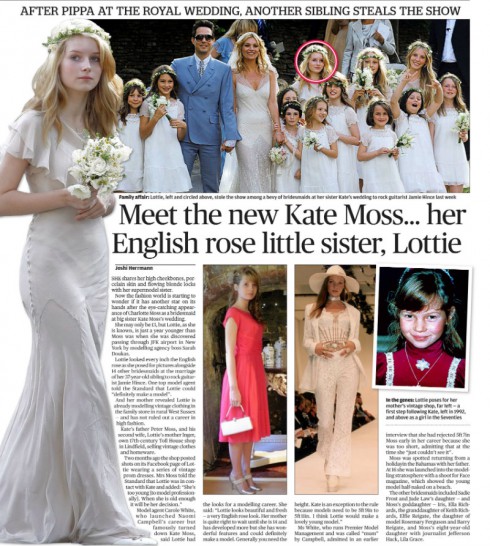 ^From the Evening Standard in July 2011.

At the time, a noted agent said Lottie “could definitely make a model.” Despite the encouragement, Lottie’s mother insisted the then-13-year-old was too young.

“When she is old enough it will be her decision,” Inger Moss told Evening Standard, apparently thinking to herself that 16 would be “old enough.” 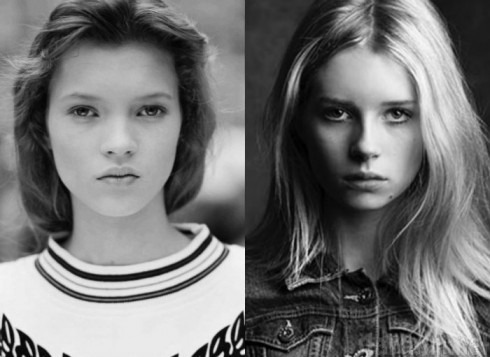 ^Young Kate Moss for her first sitting in 1988 and Lottie Moss now.

Although Lottie is listed among Storm Model Management’s New Faces, a spokesperson told Vogue UK the teen is “in full-time education she is concentrating on her exams and this is her focus.” Still, we can likely except to see her first ads cropping up soon!