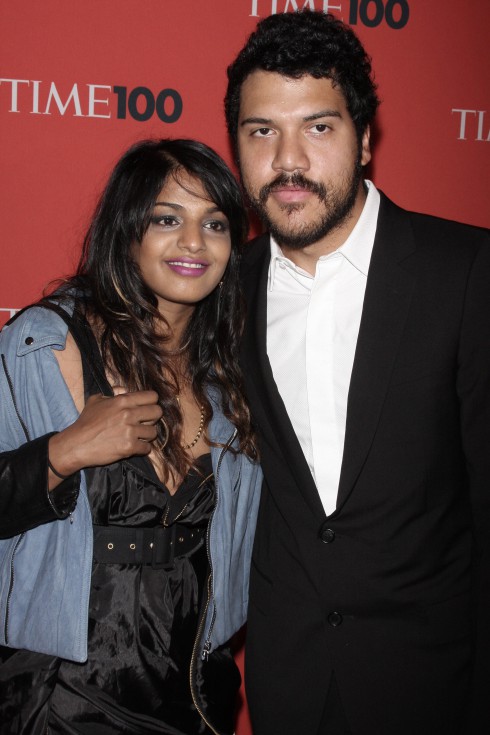 Rapper M.I.A. (real name Mathangi “Maya” Arulpragasam) and her baby daddy are involved in a nasty custody dispute over their four-year-old son Ikhyd. M.I.A. and Benjamin Bronfman split in February of last year and since then, co-parenting hasn’t been great. According to a new report, M.I.A. has been banned from taking the child to England where she grew up and where her family still resides — and she’s ticked.

Currently, M.I.A. and Bronfman, who is the son of a billionaire and works as an environmentalist, both live in Brooklyn where they met years ago but recently, Bronfman was granted a restraining order against her after she allegedly threatened to take him to London.

A source tells Page Six, “M.I.A has been texting and calling Ben, saying she will take their son to London, even though they both live in Brooklyn and the child goes to school there.” The source added, “Ben filed a motion for a temporary restraining order preventing her from taking their son to the UK against his wishes.”

M.I.A. isn’t happy about the recent events and took to Twitter to bash Ben and his family. “BEN you cant take my son away from me… Just because you have money doesnt mean you have the right…(sic) THE BRONFMANS WANT TO TAKE MY CHILD AWAY FROM ME. WHAT KIND OF [bleep] IS THAT? THEY NEVER SEE HIM. Every child needs the MOTHER, I GREW UP WITHOUT A DAD. If (I) grew up without my mother i wouldn’t be here.”

M.I.A. has since deleted the tweets.