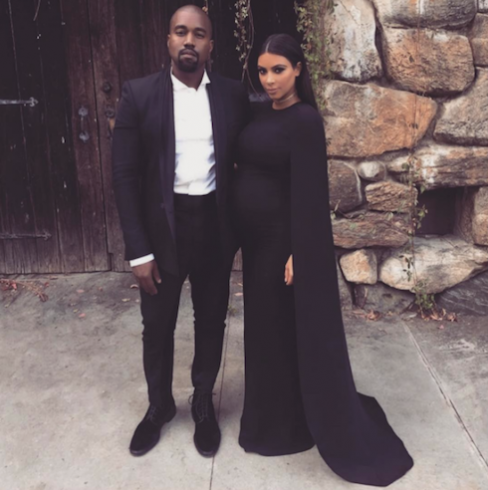 The latest Kim Kardashian full frontal update is true–but it’s not exactly what it seems. Yes, Kim Kardashian did just offer a whole host of brand-new full frontal pics to fans via her app; no, the pictures are not of a 37-weeks pregnant Kim, contrary to widespread rumor. Nor are they leftovers from the “Kim Kardashian poses in lingerie in a big pile of dirt” shoot from earlier this year, though some of the photos do look similar.

The full frontal shots are from this past May; though there are a great many more for Kim’s app and website subscribers, the reality TV star uploaded a few of the Kim Kardashian full frontal images to her Instagram page in a sneak peek for the general public: 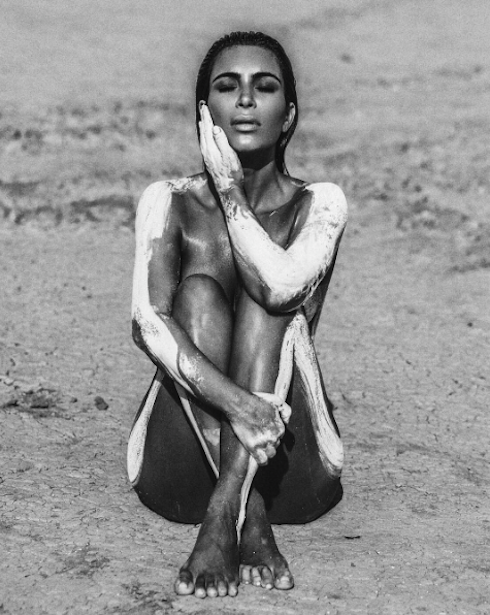 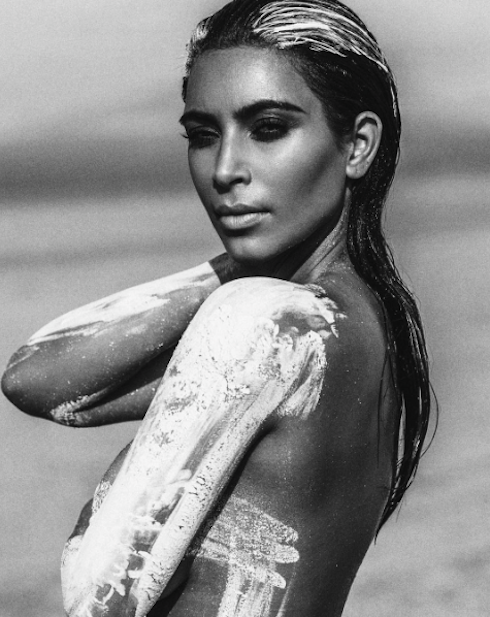 (There are two more Kim Kardashian full frontal pics on her Instagram page; unfortunately, they’re a touch too racy for us to display. If you like, you can click here and here to check them out.)

Of course, the sharing was not without controversy; a whole host of Kim’s fans are hopping mad about what they’re calling rampant Photoshoppery on the 35-year-old’s part. Twitter users took to the social media platform to compare the photos Kim released alongside screenshots from the session that aired in a May episode of Keeping Up With The Kardashians. Fans were especially incensed about what they called Kim’s duplicity, since, in the KUWTK footage, she talks about embracing her body insecurities–but the screenshots appear to show a fuller Kim than the slimmed-down version in the black-and-white photos.

In related news, Kim also opened up for fans about the current state of her unborn second son, confirming that the baby is no longer in breech thanks to a painful but successful procedure. Last week, when she shared the news about her son’s status, Kim said she was planning to undergo something called External Cephalic Version (or ECV), by which her doctors would attempt to turn the baby from a side-lying to a head-down position in order to circumvent a C-section.

Kim has been vocal about her preference for a vaginal birth, and was happy to inform her fans that she successfully underwent the three-doctor procedure this past weekend. The worst part, though, was that Kim received an IV “with medication to relax [her] uterus”–but no pain medication at all for the rest of her body. “They don’t give you any pain medication,” Kim said, “and let me tell you: This was soooooo painful. Probably more painful than childbirth.”

The reality TV mogul recently moved her due date up from Christmas to “around” Thanksgiving, but hasn’t offered a Kim Kardashian pregnancy update beyond that.

Kim Kardashian’s concerned about big things in a letter to future self, like number of Instagram followers