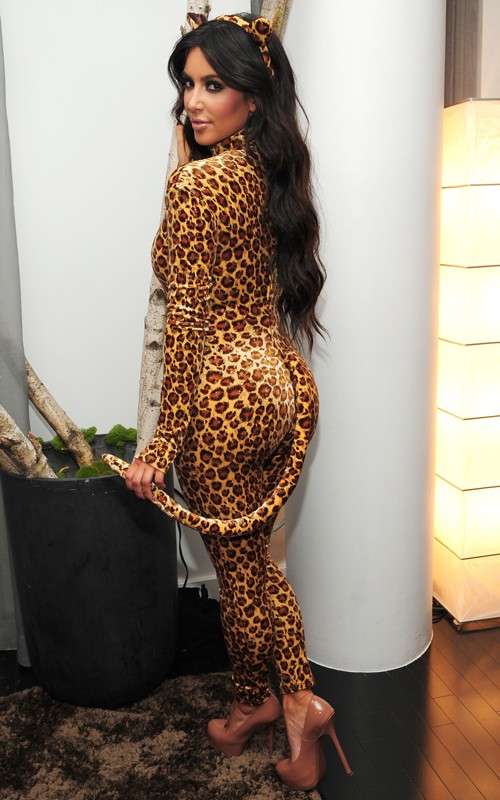 This is the moment we’ve all been waiting for! The Queen of Halloween Kim Kardashian has unveiled her most recent collection of Halloween costumes and I can’t believe I’m saying this but they are even better than I hoped!

Perhaps nothing could ever top the daunting Disney duo of her revealing Princess Jasmine costume paired with Snow White from last year, but the 2010 Kim Kardashian Halloween Kollection is a close second at worst – and either way it is sure to stop the heart of any heterosexual male on the planet!

Kim tweeted each of these images minutes ago with brief explanations why she chose not to wear them. The Kim Purrrdashian leopard costume above was dubbed a bit too sexy, or as Kim says “This leopard was a little too sexy for the kitties! LOL” You think?!? Little boys should not be allowed within 50 yards of that! That could induce puberty in an 8-year-old!

Another rejected costume was this sexy pirate: 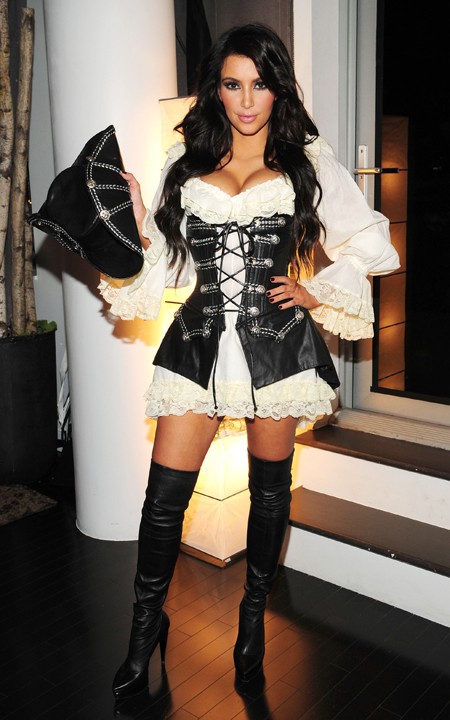 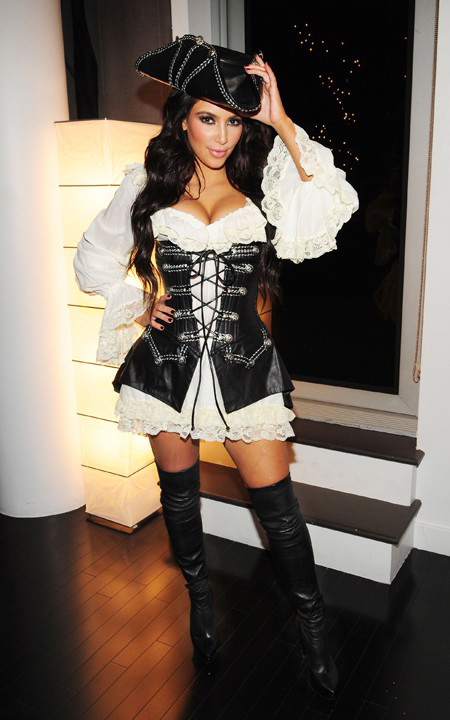 ARRRRRRR you kidding me?!? Just looking at that gave me a wooden leg! How in the world did she take the puffy shirt from Seinfeld and make it sexy?!? Ahhhh… the magic of KK! So why did Kim reject being “Yo ho ho and bottle of yum?” She tweeted, “Then I was gonna be a pirate but Kourtney wanted to wear this…”

Lastly the Queen of Halloween changes thrones to become Lewis Carroll’s Queen of Hearts from Alice in Wonderland. 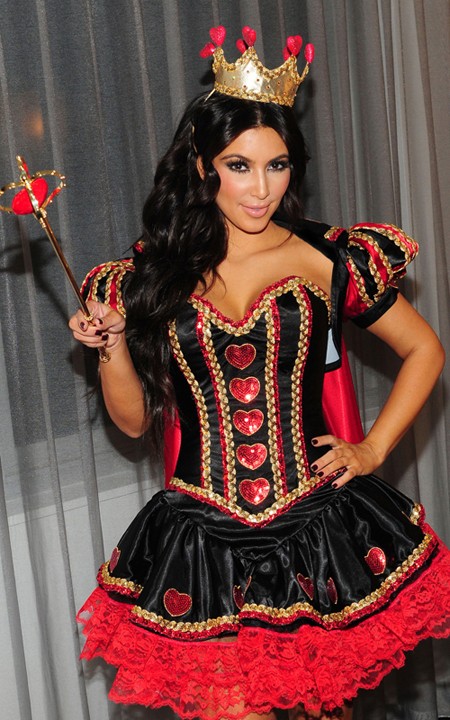 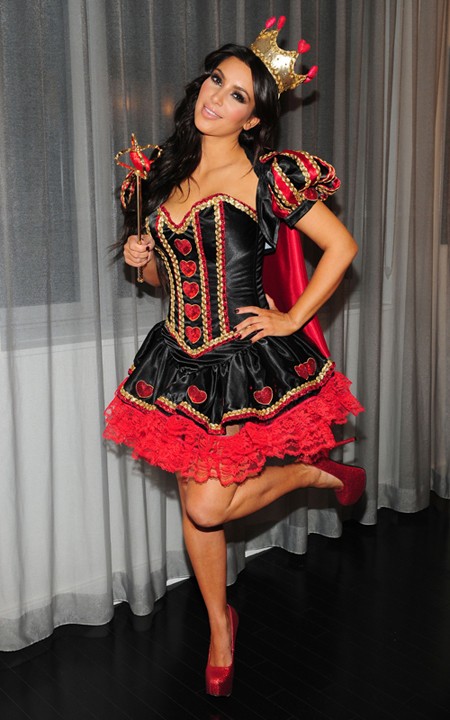 With Kim Kardashian and her infamously well-endowed backside the title might need to be changed to Alice in Bunderland!)

(CLICK HERE to see which costume beat out these three!)

UPDATE! Kim has tweeted a view of her in the leopard costume from the front with the dead-on caption, “RAWWWWR! Puuuurrrfect!” (Click to enlarge) 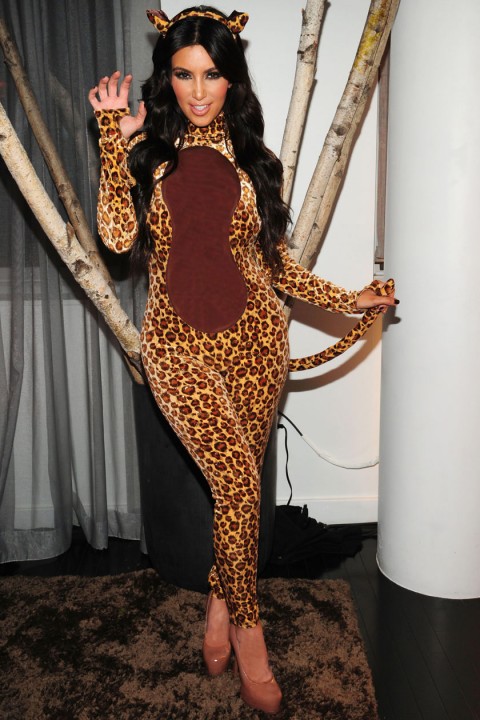 And just in case you were wondering, Kourtney and Kris Jenner did wind up wearing the sexy pirate and Queen of Hearts costumes – and wore them well! Kourtney looks especially fantastic with Mason in an adorable frog costume! 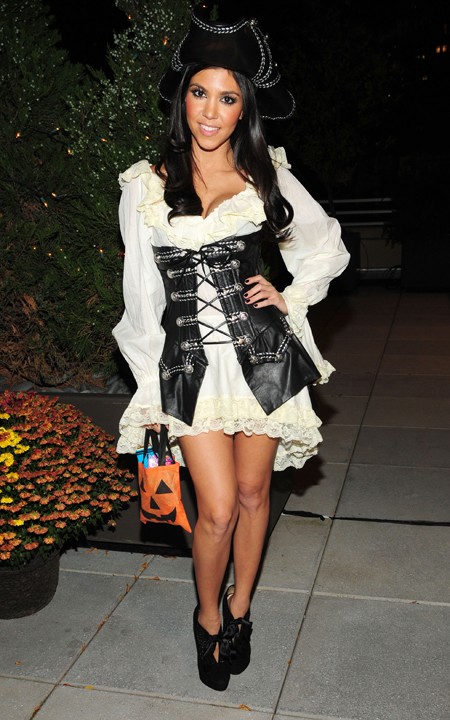 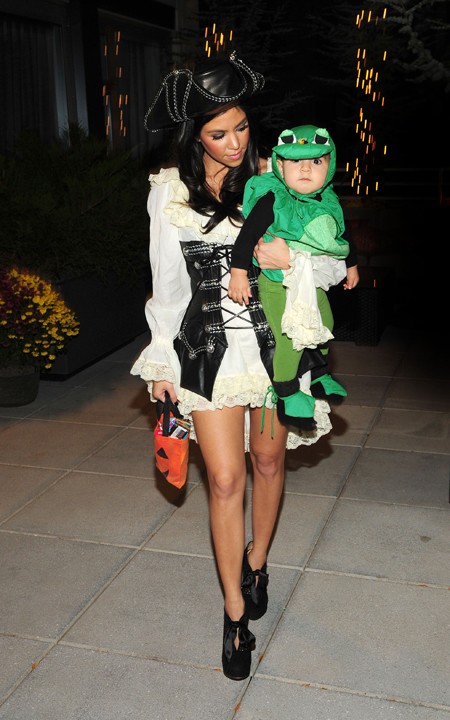 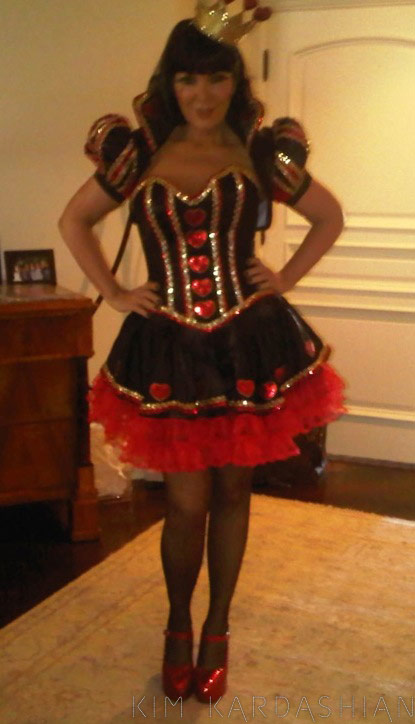