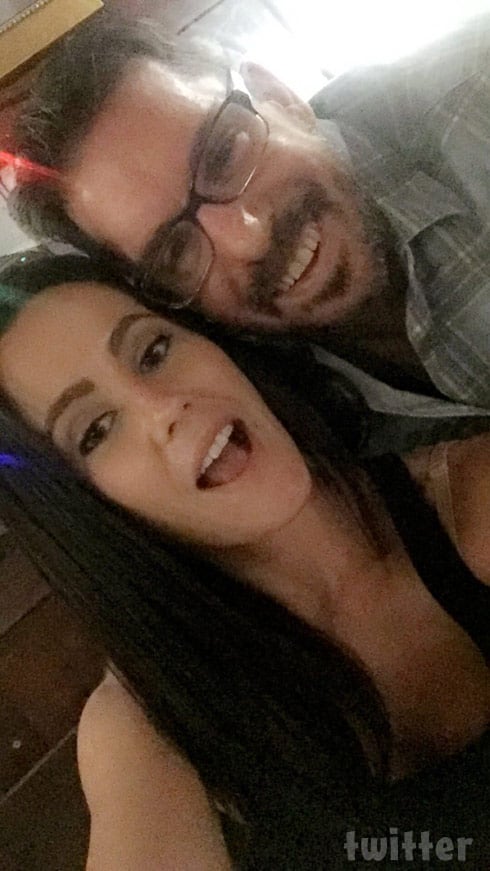 The Teen Mom 2 cast is currently in New York City to tape after shows, including a special live event following the Season 7 premiere Monday night…and it looks like the ladies have some company in the form of Amber Portwood’s controversial fiancé, Matt Baier!

Jenelle tweeted the photo above with Matt Friday night and captioned it “DELETE THE TWEET !!!” Moments before Jenelel tweeted the photo, her official PR account shared it and added: “break the Internet !!!!! Omgggahhh!!”

In case you’re wondering why there’s a need for shocked reactions ad exclamation points, Matt famously tweeted hateful things about Jenelle ad nauseam from at least February through September of 2014. We write often about Jenelle, so of course I have seen lots of hateful comments about her — but I have to say that Matt’s are among the most spiteful and vitriolic. And there are literally hundreds of them!

In what could be considered ironic, one of the things Matt really goes after Jenelle about is her history with drug addiction. Just a few months later, after courting Amber via Twitter and striking up a friendship with her, he has nothing but positive things to say about Amber’s previous drug problems as well as his own.

Also ironic is the fact that Matt REALLY went after Nathan Griffith as well. Here is a rather telling sample of Matt’s comments about Nathan (many of which are hash tagged #dumpthedouche) in which another Twitter user points out that Matt shouldn’t be so judgmental because all he knows is what he sees on TV:

And Jenelle wasn’t the only one in the peace-making spirit when it comes to men of other Teen Mom moms! Her co-star Kailyn Lowry appeared to be having a great time with Leah Messer’s ex Jeremy Calvert, who will reportedly not be coming back next season: 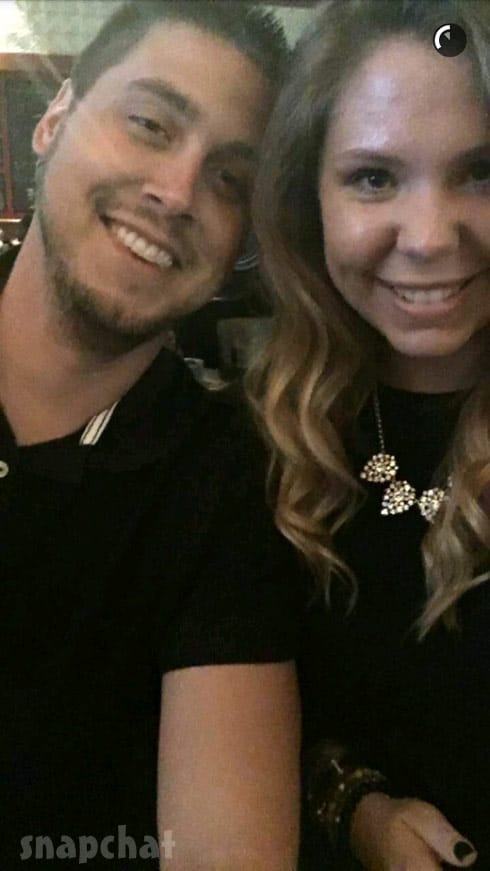 So far, we haven’t seen Kail with Matt, so it could be that Kail’s forgiving spirit has its limits. In case you missed THAT story, when Matt wasn’t bashing Jenelle on Twitter, he was attacking Kailyn Lowry — mostly her appearance:

Anyway, I guess it’s a good thing that Jenelle is apparently able to forgive and forget Matt for all of his hateful comments — something that I think Jenelle would be the first to admit isn’t one of her strong suits. In honor of the reconciliation, I thought I might compile some of the worst of the worst of Matt’s tweets about Jenelle for posterity: 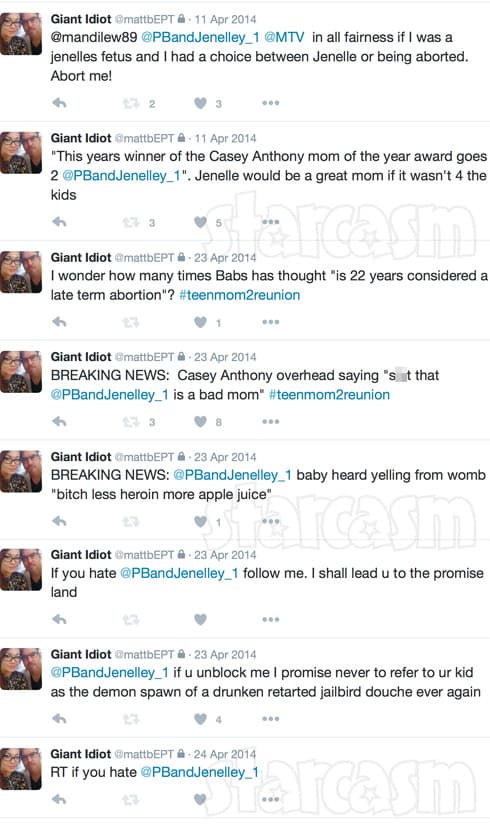 UPDATE – It appears that although Jenelle was willing to make nice with Matt Baier, the same can’t be said for her Teen Mom 2 co-stars. (In case you missed THAT, Jenelle recently had a major online feud with Kail and Chelsea Houska.) Jenelle just tweeted, “Going home tomorrow. Drama isn’t for me.” She added a hand giving the peace symbol.