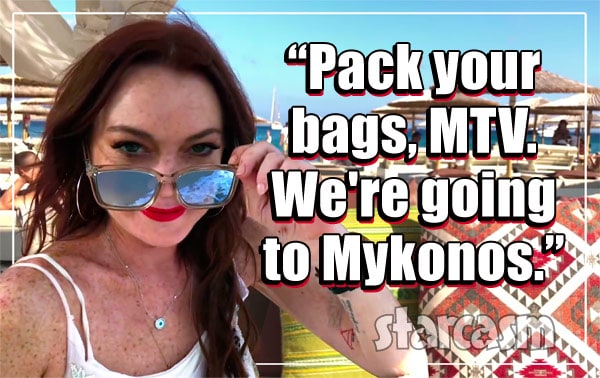 When we shared exclusive details about Lindsay Lohan’s new Vanderpump Rules inspired MTV reality series last month, neither Lindsay nor MTV had officially confirmed the project. That all changed today as MTV and Lindsay teamed up to announce the show, which has a brand new working title.

Initially entitled Summer of a Lifetime, the show is now being called Lohan Beach Club. I assume the powers that be want to make sure Lindsay’s name is front and center for marketing purposes — much like Vanderpump Rules, its clear inspiration.

“Lohan Beach Club [working title] offers viewers VIP access to one of the most exclusive destinations in the world, and a behind the scenes look at how a young, successful entrepreneur runs her empire,” said Nina Diaz, President, Programming and Development for MTV. “We are thrilled to have such a passionate and creative partner in Lindsay to help explore this intriguing culture, all through the eyes of her brand.”

Lindsay herself filmed a teaser video for the new series set against a picturesque Mykonos backdrop:

“Pack your bags, MTV. We’re going to Mykonos,” 32-year-old Lindsay says in the clip. “I’ve joined the MTV family and I’m Lindsay Lohan.” She lowers her shades at the end and boasts: “Get ready.”

Casting directors are now casting actors, models, and talent to work on a new MTV series. Producers are looking for fun, hot, and wild groups of friends and coworkers. Those selected will have a chance to fly to a beach paradise and help a major celebrity open their new high-profile nightclub.

MTV is searching the country for super-charismatic friends who work in the hospitality business to run the show and rock the house in a brand new, high-profile nightclub in paradise. Whether you are hosts, servers, bartenders, DJ’s, promoters or maybe just one of the “Extras” in their crew, you could be in for THE SUMMER OF A LIFETIME at the most exclusive, sexy place in the world.

We also revealed that filming was scheduled to begin this month — something that was confirmed in the official press release from MTV, which stated that filming began this week. 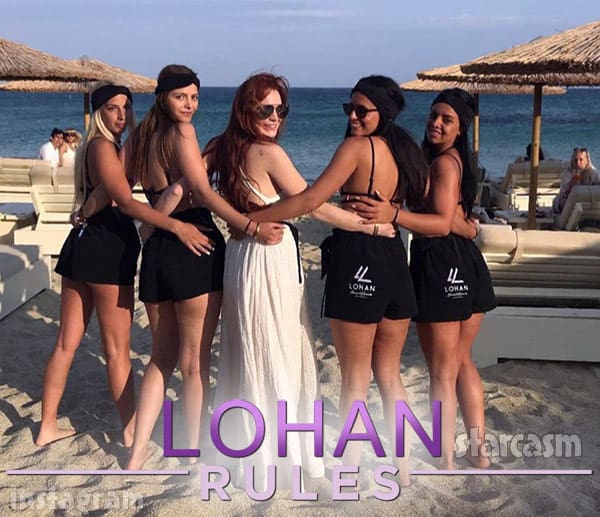 More from the press release about the show, which refers to it as Lohan Beach House:

The series follows Lohan, who has achieved record-breaking success as an actress, singer and entrepreneur, as she works to expand her business empire with the launch of Lohan Beach House. The exclusive seaside destination will serve as a backdrop for the series, and features luxury spa amenities, a renowned restaurant and a transformative day and nightclub poised to redefine the Mykonos experience. The debut of Lohan Beach House marks the star’s third business venture in the Greek Islands, following the opening of Lohan Nightclub in Athens, Greece and Lohan Beach House Rhodes in Rhodes, Greece.

Lohan will lead a team of handpicked brand ambassadors to make her mark on the vacation capital of the world. Over the course of the season, Lohan’s team must prove their expertise, ambition and charm while helping bring Lohan’s vision to life. The stakes are high as the team establishes new friendships and alliances while striving to rise above the temptations the Mykonos nightlife scene has to offer.

So: Are you excited to see Lindsay’s new reality series? I admit I am intrigued, but only because I hope it’s an entertaining mess! I’m thinking Farrah Abraham ought to follow suit with her own spin-off series in which she opens a Froco gelato shop in Italy. (I’m embarrassed to admit how much I would want to see that! #FarrahRules)

Lindsay Lohan’s fight with mom Dina was over foreclosure money; Lindsay said she lied to dad about Dina’s cocaine use