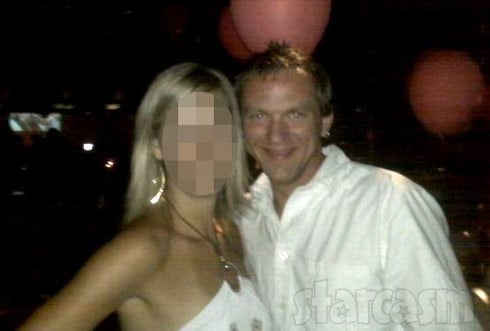 As we previously reported, 90 Day Fiance star Josh Batterson was arrested and charged with assault and disorderly conduct in Arizona in March of 2010 after an alleged incident with a woman that, according to the police report, included Josh punching her in the face before he “pushed her down a small embankment outside their apartment building.” The woman involved in the altercation is now speaking out about her relationship with Josh, which she says included multiple violent incidents.

“He did punch me in the face that night for sure,” Josh’s ex wife tells Reality Blurb. “I didn’t press charges because it was the first incident and I was stupid and in love.”

Josh’s ex didn’t want to reveal her full name, so she is referred to as “Mel” in the article. We’ve known her identity since our previous post, but we will honor her wish to remain pseudo-anonymous. (On a random side note that doesn’t really have much to do with anything, Mel was particularly difficult to find information on because she has had at least five or six different last names — including Batterson.) She reveals that she and Josh were married in 2012 after dating for four years. The marriage was short-lived, however, as the couple divorced in 2013. It’s important to note that Mel and Josh did not have any children together — his two kids were from a previous marriage. 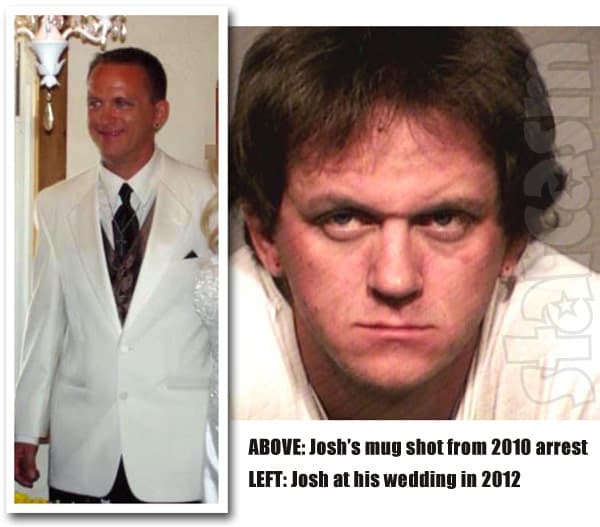 Mel says on the night of the altercation that led to Josh’s arrest he had been drinking a lot and she got upset when he seemed to be getting a little too friendly with a gal pal of hers. When the two got home, Josh locked Mel out of the apartment and she threw her high heels at the door, after which Josh opened it. More from Mel:

We argued verbally and then the next thing I know I got punched and I’m at the bottom of the embankment lying in the grass. A bystander saw all of this take place and called 911. We were both inside when the police arrived but Josh wouldn’t let me answer the door so the police had to knock down our door. Josh was hiding butt naked in our master closet so the police knew he didn’t have weapons on him. He was taken away by cops.

Mel says that incident was not the only time Josh was violent with her. She described another altercation, after a Halloween party, in which she said Josh got very angry, ripped her costume, and almost drove their car into a wall. Mel also said it was that fight that led to their divorce.

So what about the cheating allegations that Josh referenced on the show? Mel says they aren’t true. According to her, after she left Josh, she had nowhere to go, so she stayed with a male friend. Josh just assumed she was cheating on him.

Mel says she was well aware of Josh’s vasectomy and she points out that he had no interest in having children, despite already having two of his own. She says she had to twist his arm just to get him to call his kids, adding that he didn’t pay child support, either.

And what about Josh’s fiancee Aika? Does Mel think she might be in danger given Josh’s history of violence? “She very well could be but I can’t say for certain,” Mel said. “I don’t know Josh at this time in his life and do believe people can change.”

Speaking of change, Mel seems to have really gotten her life together post-Josh. In addition to working in home medical care, she is also a fitness trainer, nutritionist, and NPC bikini competitor! Oh–*and* she’s a mother of three daughters.

If you’re looking for 90 Day Fiance spoilers involving Josh and Aika, you can click here to find out if they got married or not. Otherwise, you can find out the old-fashioned way by tuning in to new episodes of 90 Day Fiance airing Sunday nights at 8/7 on TLC.