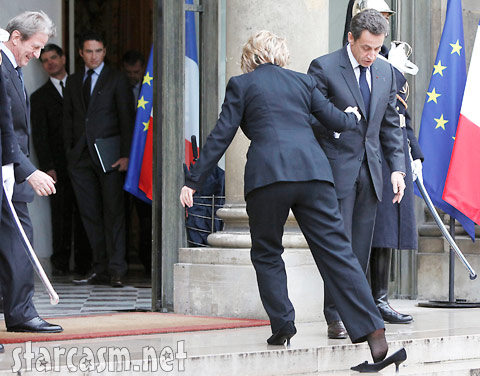 Hillarella left her slipper at the bottom of the steps leading to Elysee Palace where was meeting Prince Charming himself, French President Nicolas Sarkozy. The fairy tale couple seemed to have a good sense of humor about the whole thing and laughed it off: 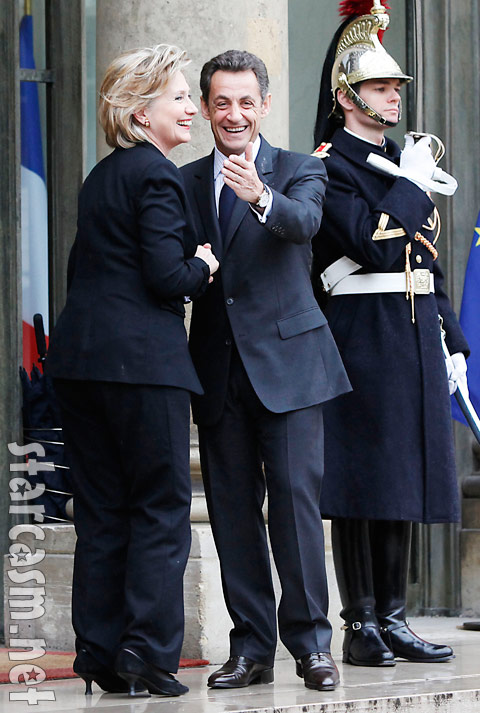 I like the stoic guard in the background, who never even flinches even though something is obviously a”foot” right in front of him: 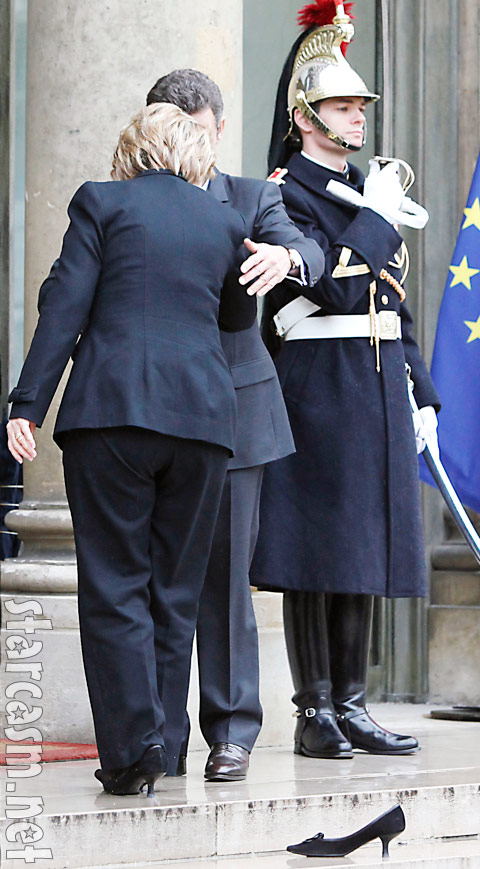 **** I opted for Hillarella over Clindarella. And I refrained from making a “Yes we can!” hope-into-pumpkin declining Obama approval joke. Did I make the right calls?