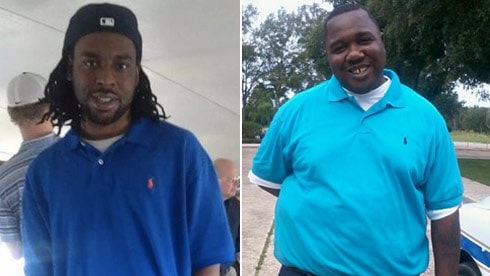 The police shootings of Alton Sterling in Baton Rouge, Louisiana and Philando Castile in Falcon Heights, Minnesota have ignited a firestorm on social media. A number of high-profile celebrities with massive followings have reacted to the shootings of the two black men, both captured on amateur video and shared online.

Katy Perry, the most popular person in Twitter history with over 90 million followers, starts off this collection of celebrity responses:

You can't just go on with your day, you must watch this & we must face this continual outrageousness #ALTONSTERLING https://t.co/NqW3aVSZ1j

America woke up to yet another tragedy of a life cut down too soon. Black Lives Matter. #PhilandoCastile -H

We should not have to jump through hoops to prove black people shouldn't be shot by police during routine traffic stops.

There are so many broken, backwards issues at play here it's numbing to digest. #PhilandoCastile #AltonSterling #blacklivesmatter

Rihanna shared the following video of an outraged mother:

Kanye West tweeted out a direct link to the second video that emerged of Alton Sterling’s shooting.

D.L. Hughley broke down on CNN while trying to talk about it:

.@RealDLHughley: Our children are brutalized and nobody says anything. It's too much #PhilandoCastile https://t.co/hAdzwHqYxO

.@NRA we know that NOONE fights so hard for "the right to legally bear arms" more than you do. That said… #PhilandoCastile? Anyone?

#AltonSterling
Please. No more. This must stop.

This is so disturbing and wrong. My thoughts and prayers are with the family and loved ones of #AltonSterling

The violence that killed Alton Sterling and Philando Castile has become an all too common occurrence for people of color and IT. MUST. STOP.

Philando Castile. Alton Sterling.
Never coming home.
Black lives matter. Not just as a hashtag, not just in all caps, in real life.

Pro-wrestler has no regrets over Romney/Ryan face tattoo