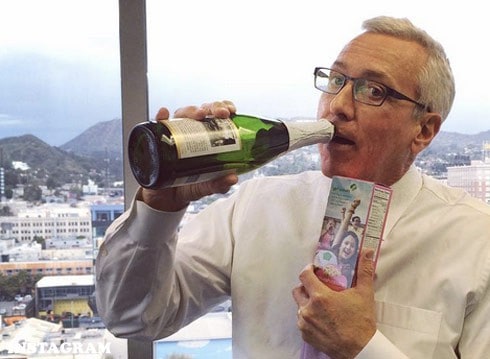 A rep for Dr. Drew Pinsky says that the Doctor’s controversial comments about Hillary Clinton’s health had nothing to do with the cancellation of his show on HLN.

The noted TV personality inserted himself into America’s presidential campaign discourse when he expressed concerns over Clinton’s health during a radio interview last month:

Based on the information that she has provided and her doctors have provided, we were gravely concerned not just about her health, but her health care. She’s receiving sort of 1950s-level care, by our evaluation. When she hit her head [in 2012], she had to wear these prism glasses when she came out. That is brain damage, and it’s affecting her balance. Now clearly, it hasn’t affected her cognition, but tell us a little more about that. That’s profound.

These statements fed into a popular narrative among conservative news sites that Clinton’s health is failing and that she’s mentally unfit to be president.

A source for Page Six stated that Pinsky received a litany of nasty phone calls and emails from Clinton supporters following his comments. In addition, it was reported that CNN (HLN is a sister network) asked Pinsky to pull back from his statements. “CNN is so supportive of Clinton, network honchos acted like the Mafia when confronting Drew. First, they demanded he retract his comments, but he wouldn’t,” the source claimed.

Pinsky’s rep, Valerie Allen, attempted to shut down the conspiracy theories. “I know the timing is suspicious, and I know it’s hard to believe, but the two things had nothing to do with each other,” she said.

The final episode of Dr. Drew On Call will air September 22 on HLN.

How many former Celebrity Rehab cast members have died?