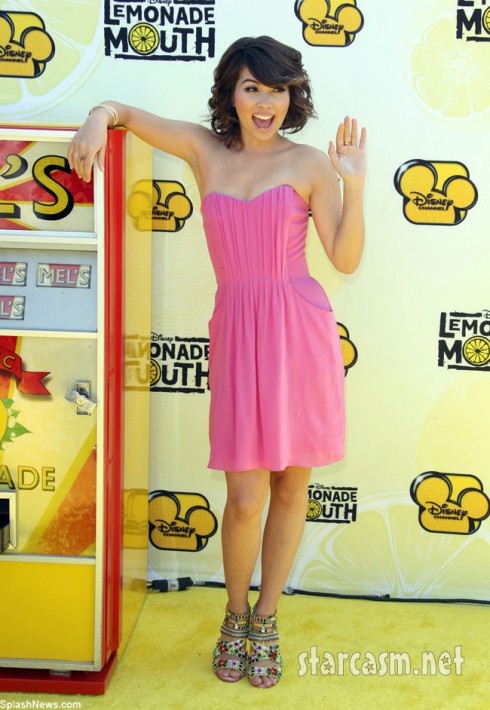 The Disney Channel rolled out the yellow carpet at Stevenson Middle School yesterday in Los Angeles for the premiere of the film Lemonade Mouth. To mark this special occasion one of the stars of the film, actress Hayley Kiyoko, rocked a pink dress for the very first time on a carpet appearance. In addition she popped that pink with a fabulous pair of Giuseppe Zanotti heels.

Hayley leaked a little spoiler info to her fans about the impending pink performance.  Here’s the tweet-out:

Lemonade Mouth is a Disney Channel movie that will air on the network for the first time Friday night.  Alongside Hayley the co-stars for the film about five high schoolers that meet in detention and form a band are Bridgit Mendler, Adam Hicks, Naomi Scott and Blake Michael.  Here is Hayley being sweet with some of her fellow Lemonaders: 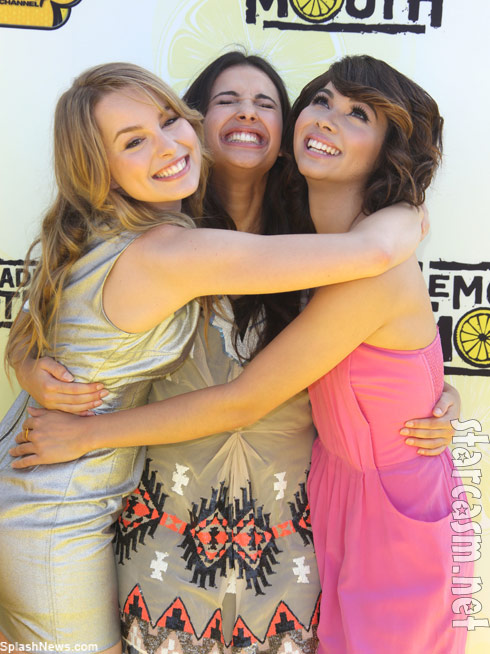 As for those must have heels.  As I mentioned they are Giuseppe Zanotti specials and the bedazzling bling really set off Hayley’s new venture into pink.  Here’s a close up of the shoes that are more refreshing than a glass of cool lemonade on a summer day (yeah I went there)! 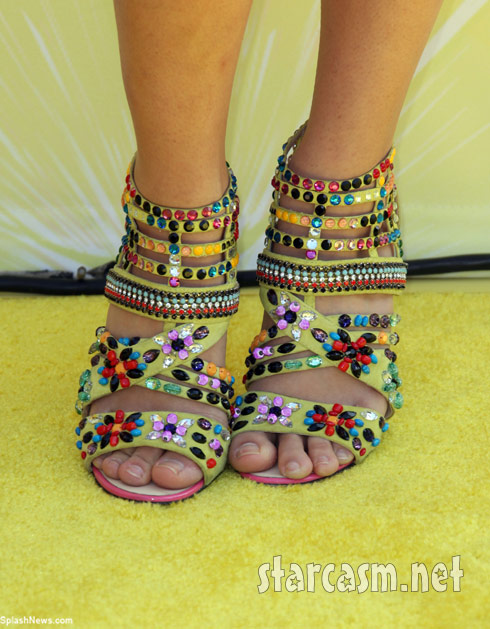 Meet Samantha Woods of ‘Love in the Wild’