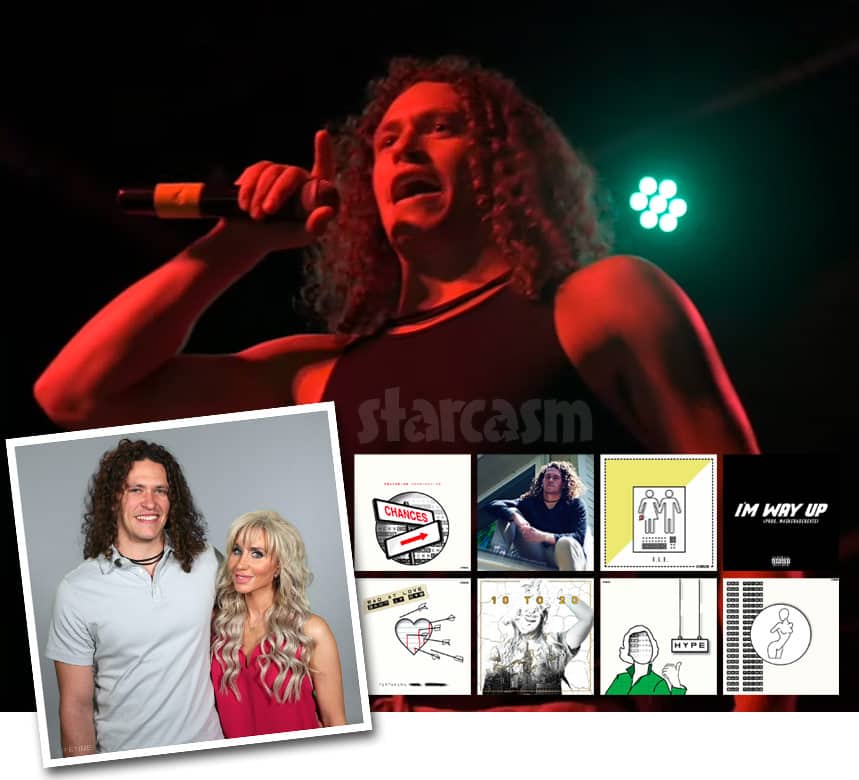 The 23-year-old began writing and recording his own music in high school, and he first stepped into a recording studio in 2018. Since then, he has released more than 14 songs, including a brand new track titled “Chances” – just click the link to sample and/or buy on Amazon.

Here are some additional links where you can download the new track:

Prior to “Chances,” Kolton recorded a song titled “Bad At Love,” which he says is mostly about his past relationships. At the time that Kolton wrote the song, he was already dating Katie, and he says the lyrics talk about how he hopes to change things with his new relationship. “I had very bad experiences with love in the past and I felt like with my new girl it could be better if I went all in and didn’t hold back,” Kolton told Digital Journal earlier this month.

“‘Bad at Love,’ produced by Mantra, is actually about a lot of the stuff I used to write, some of it when I was 16 years old,” Kolton revealed in an interview with Parade posted today. “So, some of that stuff is about previous relationships, and I think that gets lost a lot. I released that and it actually talks about me having hope for my current relationship with Katie. I think some people chose to ignore that, and just look at the title of the song.”

Here’s the music video for “Bad At Love,” which am am pretty sure features Katie Hamilton:

And here’s Kolton’s music video for the song “All Day Long,” which is all about putting in the work to achieve success:

If you want to check out more of Kolton’s tunes, you can hop on over to his page on Amazon or head to Spotify where he has eight of his songs available. He’s also uploaded numerous samples to his Instagram account. Here are some of those:

Stack It Up (feat. Tidoe) is out on all platforms. We are back to dropping music. Link is the bio.

“When things going good, they do you bad, so it even out. Cut your bad friends off, some you gotta do without” 10 to 20, link in bio! Thank y’all!

Did this one for my mom and pops. Hope y’all like it! Really been enjoying this music thing. Link is in my bio and it’s on all streaming services!??

I should note that Kolton used to perform under the name K-Reece.

Kolton has mentioned that viewers will be seeing him perform on the show, so be sure to tune in to new episodes of Marrying Millions airing Wednesday nights at 10/9c on Lifetime.

As far as the big question of whether or not Katie and Kolton are still together, at least the literal response appears to be “yes.” The two are currently in New York City together, and both of them have been posting photos and videos of each other on social media.

MARRYING MILLIONS Was Brian & Gentille’s relationship & story fake? Was that even her house?