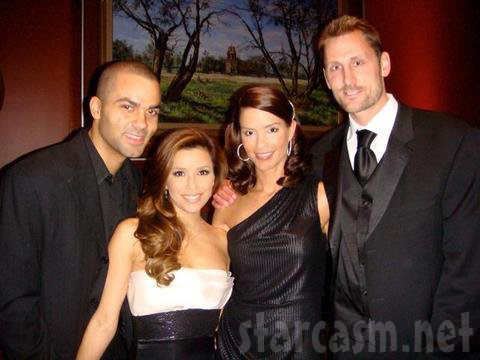 It’s hard to imagine anything ugly within a 3 foot radius of Eva Longoria Parker, but details are emerging about her split from husband Tony Parker and it’s not pretty.

It appears that Eva’s husband Tony was playing more than just basketball, he was also playing the field according to reports from Extra. Tony reportedly had an affair early on in the couple’s marriage, which happened in elaborate, storybook fashion at a 17th Century castle on the outskirts of Paris in 2007.

He then followed that up with another affair with a wife of one of his San Antonio Spurs teammates! Sports Illustrated reporter Bryan Graham outed Erin Barry, wife of Spurs guard Brent Barry, as the teammate’s wife in question by tweeting this statement earlier today:

Have it on good authority from entertainment sources that “former teammate” in Tony Parker-Eva Longoria affair is Brent Barry.

He followed that up with:

Don’t have much else on Parker/Longoria affair. Source did mention Barry and wife are going through a divorce.

(In the photo at the top of this post taken in January of this year you can see Tony Parker, Eva Longoria Parker, Erin Barry and her husband Brent Barry posing for a photo at a charity event in San Antonio.) 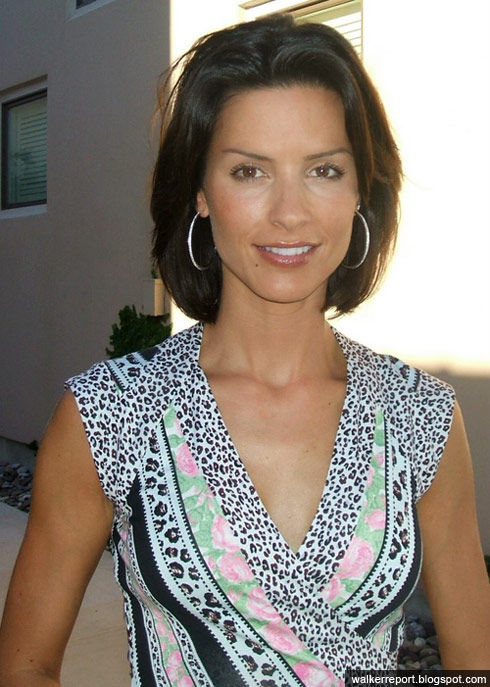 UPDATE – From TMZ: “Sources connected with Tony tell TMZ … Tony did indeed have a ‘sexting relationship’ with Erin Barry, the estranged wife of former San Antonio Spur Brent Barry, but it ended months ago. The sources insist, ‘They never had a physical relationship.'”

So what’s the story on Erin Barry? She was born to a single, teenage mother who put her up for adoption. She was raised by her adopted family along with three younger siblings in a small town near San Francisco where she attended an all-girls Catholic school. Brent Barry attended the all-boys Catholic school across the street. From San Antonio Woman magazine:

It was in that setting that she met Brent Barry, who attended the boys’ Catholic school across the street. They began doing things together as friends, but Erin clearly remembers when Brent became her boyfriend. “We went to a movie, National Lampoon’s Christmas Vacation — that tells you how long ago it was! I remember looking at him in the theater, and at that moment, Cupid drew back his bow. I was 16 years old and I just knew he was the one I wanted to be with. That was it.”

Erin attended Oregon University and Brent received a scholarship to play basketball at nearby Oregon State. The couple remained together and two years into Brent’s NBA career the got married. The ceremony tookplace in 1998 at a cathedral in San Francisco. More from San Antonio Woman:

Today, after spending more than half their lives together, the 33-year-old Barry says the main attraction has always been laughter. “He still makes me laugh, and he makes me feel special; it’s never about him,” she says.

Their exchanges involve lots of playful banter. “We get the biggest kick out of each other; I just enjoy his company,” she says. “After all these years, he’s my best friend. I want to be with him all the time. People always talk about how hard marriage is, and I’m asking myself, ‘Is it me? Is there something I’m not doing right?’ Because for me, being married to Brent isn’t hard at all!” 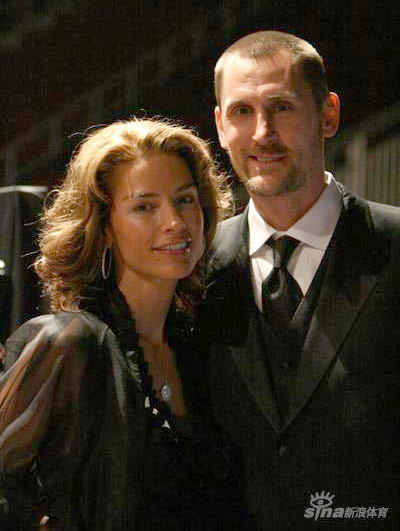 ^ Erin Barry and husband Brent Barry at another formal event

Erin Barry is a very attractive woman who has done (in addition to Tony Parker) a lot of good in the various cities she lived in while husband Barry was traded to five different teams in eleven years. Her resume of community work is impeccable, and she has received numerous awards for her efforts. Here is a resume from the now-defunct website for Brent and Erin’s charity Barry’s Blue Ribbon Assists: 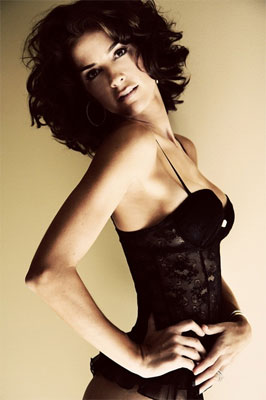 • Member of the steering committee for the Heart Gallery of San Antonio; ’06-‘08

• Member of the Blue Ribbon Task Force on Child Abuse

Jesse James has over 12 sex tapes, many of them Nazi-themed!