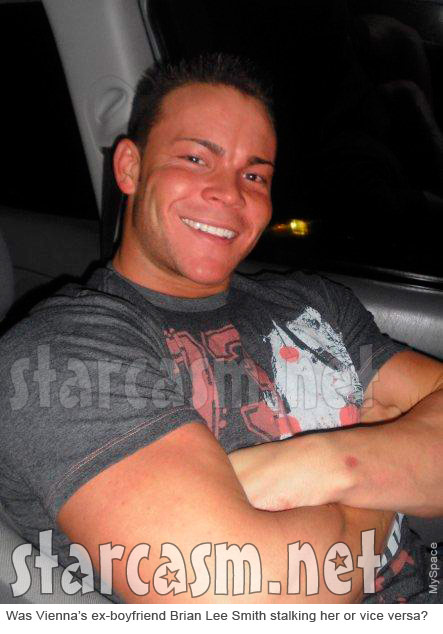 As the 14th Season of The Bachelor draws to a close and the lovably hunky Jake Pavelka prepares to hand out his final rose, folks are turning their attention away from the show and toward the controversial life of finalist Vienna Girardi. The 23-year-old unemployed college graduate from Sanford, Florida has sparked all sorts of rumors, beginning with her admission on the show to being married briefly while on the rebound from a four-year relationship with her high school sweetheart.

Details of her marriage to Joshua William Riley were sketchy at best and after our first couple Vienna posts we started receiving all sorts of emails and comments alleging all sorts of Vienna craziness, including that she stole all of Joshua’s money while he was stationed in Iraq, cheated on him, hid all of his stuff in storage without telling him the location and then spent $5,000 of what she took to get breast implants! As crazy as all of that sounds, it was basically all printed eventually in a US Magazine story that included quotes from Joshua’s mother like:

“She took every bit of his money,” her former mother-in-law Gale tells Us Weekly. “I know that boob job was the first thing she had done.”

Soon after that, on January 14th, we received a number of photos of Vienna and an unknown man (it turned out to be Brian Lee Smith) allegedly taken not long before she left to tape The Bachelor. Here’s one we didn’t publish in that original post featuring Lee (His real name is Brian but he goes by Lee) with Vienna and an unknown girl: 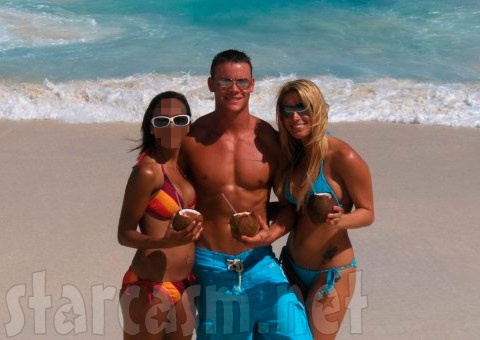 Our source told us Vienna was still with Lee and had told him she would be back for him after the show was over. Her reason for going on the show was strictly for fame, not love. We once again received conflicting emails and comments, some saying the photos were really old and Vienna broke up with Lee long before she left for The Bachelor, while others backed up our source. But, perhaps the most prophetic comment was from “Katy says” who addressed the “boyfriend while on the show” rumors on January 16:

I am a very good friend of Viennas and let me start by saying this is a complete lie!! Yes, she dated this guy for awhile on and off but they broke up right around spring break and if it serves me correctly you can find where he was arrested for stalking her at her parents house a few weeks before she left for the show.

By this time I was able to figure out Lee’s name so I spent a looooong time trying to turn up some sort of record of his arrest with no luck. I assumed that accusation was untrue. Little did I realize that Lee’s actual first name is Brian! D’oh! Chalk one up for Radar Online, who were able to dig up the arrest report and even Brian Lee Smith’s mug shot: 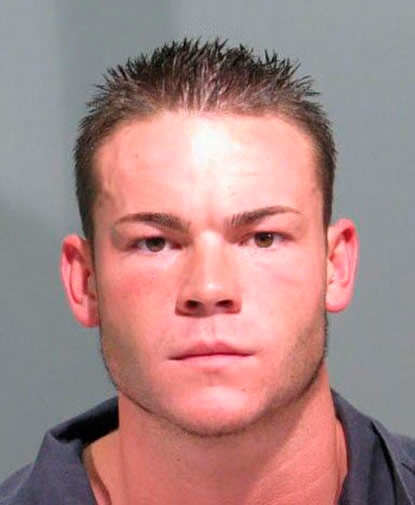 But, let’s backtrack just a bit to last week when US Weekly published an article claiming Vienna was obsessed with Lee the entire time she was taping The Bachelor:

When The Bachelor: On the Wings of Love wrapped production in November, Girardi rushed home to reunite with Smith at his Florida apartment. To her surprise, Smith had already taken up with a new woman, local waitress Cassie Heaberlin. “[Vienna] got so angry that she walked right into the house and went to the bedroom,” one source reveals.

She even physically threatened Smith and Heaberlin, another insider claims. The couple “woke up to see Vienna standing at the foot of the bed holding a wine bottle, like she was going to hit them with it.”

Here is a photo of Lee and Cassie Heaberlin taken in December of 2009: 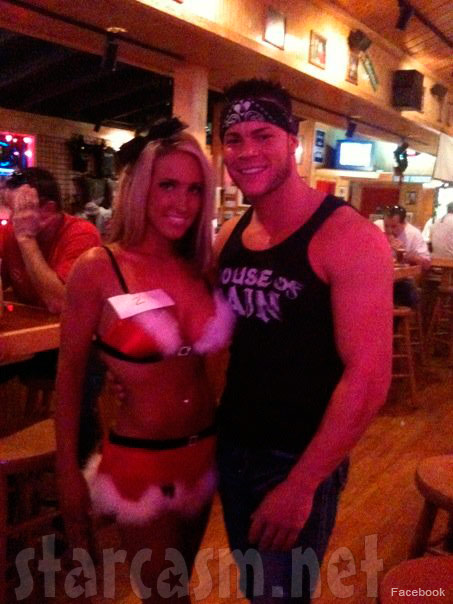 Good gracious! That bikini makes a fig leaf look like formal attire! Wait, what was I talking about? Oh yeah, Vienna and Lee…

***UPDATE – We contacted Cassie and asked her about the wine bottle incident, to which she said quite simply, “That never happened.”

Speaking of wearing basically nothing, the next Vienna Girardi controversy was ignited when someone began shopping topless photos of her around to various sites on the web (Starcasm not included. Grrrrr!). One of the ‘topless’ photos was for a Tree Company’s calendar, and thanks to a cleverly placed scarf there is actually less revealed of Vienna than of Cassie above. But, there is reportedly a separate batch taken on a beach that feature Vienna’s silicone enhancements in all their naked glory. I don’t believe any of those have actually surfaced yet, but there has been verification of their existence from reliable sources who passed on shelling out the asking price.

Now remember, all of this is is on top of the fact that, by all accounts, Vienna was a huge biyotch to all the other women on the show and even though most all of her cattiness was edited out, viewers still find her personality unattractive. Oh, and according to Reality Steve, Vienna is the eventual winner.

So what are we to make of all this? My final conclusion is this: Women hate Vienna Girardi. Oh, and men like blonds with big boobs – but you knew that already. 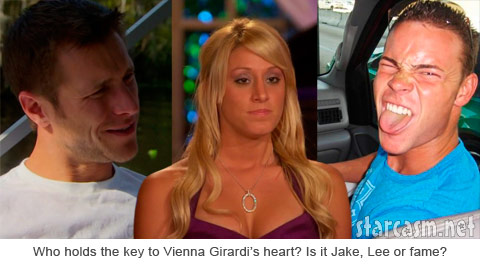 In my original “Does Vienna have a boyfriend” post I basically concluded, after extensive research, that Vienna and Lee had broken up long before the taping of the show (Those photos of Vienna and Lee together were all taken in February of 2009 at the latest.) But, now that there is an arrest report from October 10, 2009 detailing Lee’s attempt to get into Vienna’s home against her and her father’s will, I don’t know. What that seems to suggest is Vienna and he were still together when she was about to leave for the show but had some sort of argument. I’m assuming she either broke it off or her promise to return to Lee just wasn’t enough for him and jealousy took over. It’s still just speculation at this point.

OK commenters, tell me what I got wrong! Let’s hear both sides of the story! I know one of you is sitting on a sex tape! You guys seem to be the writers of tomorrow’s headlines, so get to commenting!

We would also accept pictures of Vienna from after the show, topless or not 😉