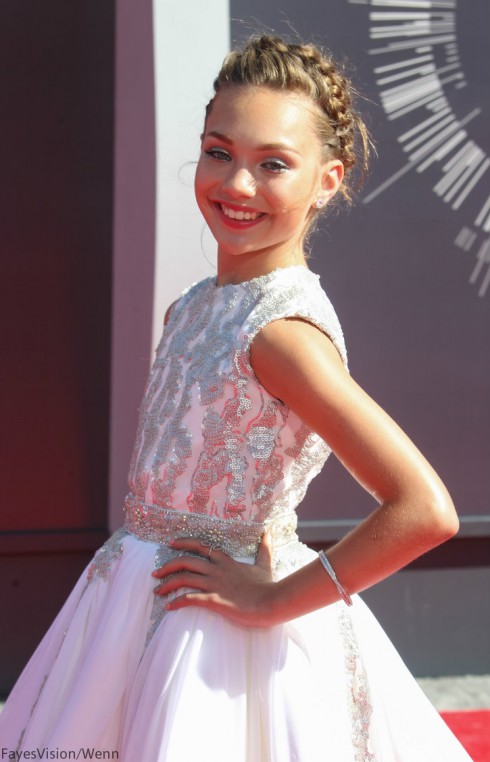 As the star of one of the most popular music videos of the year, Dance Moms‘ Maddie Ziegler had a rightful spot at the 2014 MTV VMAs.

“All my friends are so supportive of me, so I’m very happy about that,” the preteen dancer told Billboard during the red carpet event of how her Dance Moms costars have responded to her success.

However, the 11-year-old told a different story to InTouch in July.

“I know that it’s really hard to the other girls when Abby pays more attention to me,” Maddie said. “It’s true, they don’t get as much attention. But, I don’t think it’s right for the other moms to talk bad about me or behind my back. It hurts my feelings. And watching them yell at my mom, it makes me sad. Yes, I want to be the favorite and I want to do as many things as I can, but all I do is work hard.”

Mom Melissa Gisoni added, “When Maddie used to get all this hate, it was hard. She was like, ‘Mom, I know I’m a good person. I don’t do anything to make kids hate me.'”

Indeed, many of the other dancers and moms on the show think Abby Lee Miller favors Maddie a little too much… 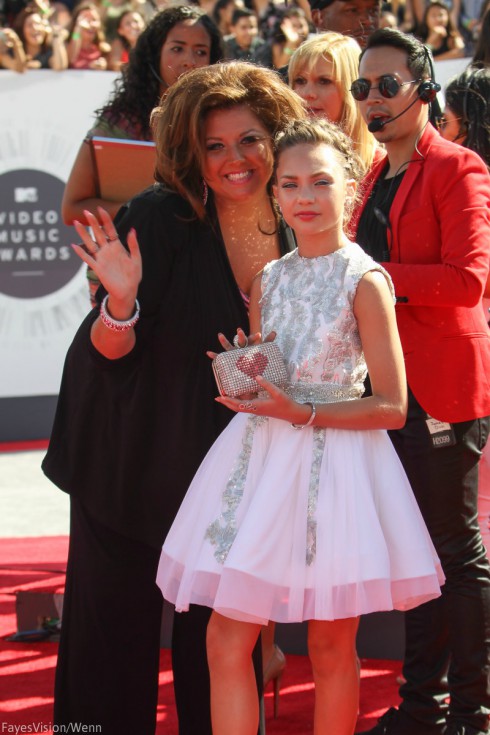 “Anytime we’re filming, it always seems to swing in Maddie’s favor,” Christi Lukasiak, mother of Chloe Lukasiak, told Zap2It in 2012. “Over and over it’s showing that Chloe can’t beat her.”

The trend has continued ever since then… As evidenced by the description for tonight’s new episode: “Jeanette and Ava are excited to compete in a solo against Maddie, until it becomes obvious that the odds are stacked against them.”

However, in Abby’s new book, Everything I Learned In Life, I Learned In Dance Class, she said producers actually make things more difficult for Maddie.

“In one episode, Maddie supposedly forgot her dance, but in reality, it was all set up by production,” Abby claimed in the book, according to Radar Online. “They set the ball in motion at the beginning of the week so that Maddie didn’t have enough studio time to finish learning her solo… I think that was absolutely criminal on the part of the job operator, the director, the producer, and all involved.”

Watch Maddie compete against Jeanette and Ava on tonight’s new episode of Dance Moms, airing on Lifetime at 9/8c.