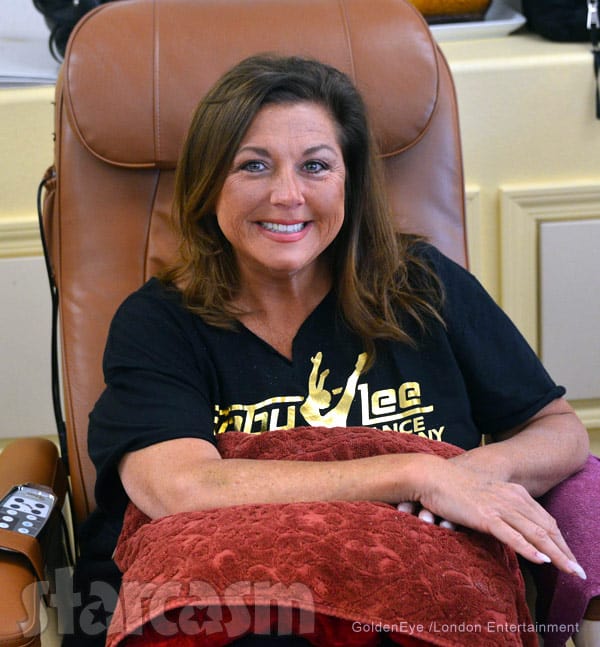 Former Dance Moms star Abby Lee Miller was released from prison on Tuesday and will spend the remainder of her 366-day sentence living at a halfway house in the Los Angeles area. On her second day as a free woman once again, Abby and a paparazzi entourage took a trip to a nail salon so she could get a much needed manicure and pedicure — because everybody knows how hard prison life can be on the nails!

In addition to showing off her nails, Abby also showed off her slimmer figure after she reportedly lost close to 100 pounds on the prison diet. Unfortunately, Abby sported some rather baggy duds, so it’s kind of hard to see her weight loss clearly. Here she is striking a confident pose sporting a t-shirt promoting the Abby Lee Dance Company: 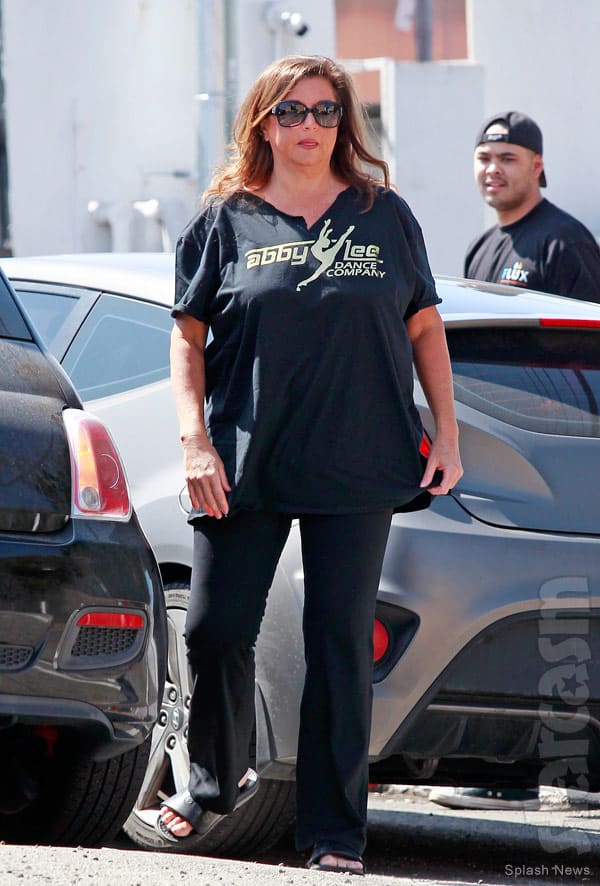 Prior to her day out on the town, TMZ managed to get a photo of Abby at the halfway house! Here’s a preview from their Facebook page:

According to TMZ, Abby is residing at the Residential Reentry Center. More from the site:

We’re told the facility will provide the Dance Moms star with a safe, structured and supervised environment where she’ll be given employment counseling, job placement and financial management assistance. Something tells us Abby will have no problem finding a TV gig when she gets out.

If you’re wondering “When Does Abby Lee Miller get out?” the answer is May 25 — or at least that is when her sentence is up. Who knows, she could get into a sentence-increasing scuffle or something before then, right?

In case you missed it, Abby is serving one year and one day after pleading guilty to tax fraud in 2016.

We’ll wrap up this post with a much closer look at Abby’s finished nails: 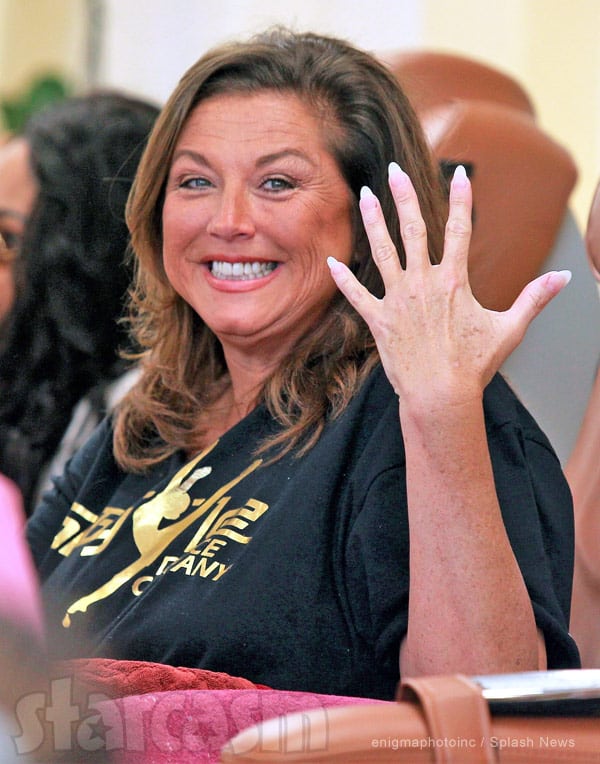