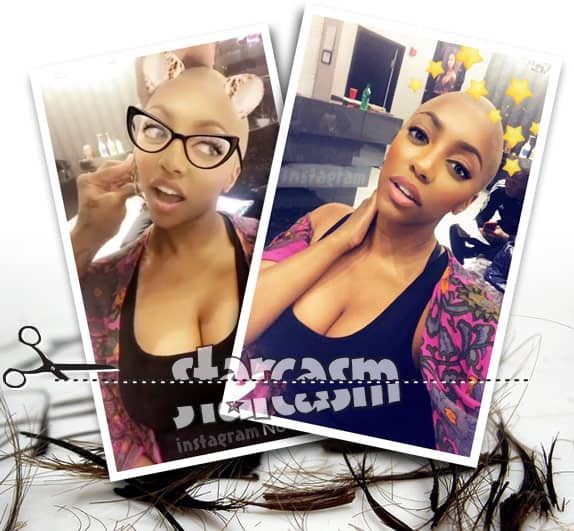 The Real Housewives of Atlanta‘s Porsha Williams gave her fans a Friday the 13th scare as she posted a photo and video on Instagram late last night showing off her newly shaven head! “Bald is beautiful…” Porsha captioned an Instagram photo in which her bald head is circled by stars (above on the right and below).

In addition to the photo, Porsha incorporated a photo filter for a brief video clip further showing off her Porshaven noggin:

“??And she gave no fux,” Porsha wrote in the caption. “Not even one. And she lived happily ever after. THE END❤️ #twocanplaythatgame ?”

Needless to say, Porsha’s Instagram blew up with folks wondering if she had really chopped off her famous long hair. Also inundated with questions was Porsha’s stylist, Kellon Deryck. Unlike Porsha, Kellon did respond to the questions as he cleared things up with BET:

“Surprise! Porsha did not cut her hair off! This is a part of the process to install her fabulous wigs!” [Kellon] shared. “This is actually a stocking cap that matches her skin.”

“This technique is part of my #flawlessillusion technique to make wigs look like they are growing from the scalp. Her hair is braided underneath the cap that is customized to replicate a natural scalp! It’s the best way to make your hair unit completely undetectable,” he added. 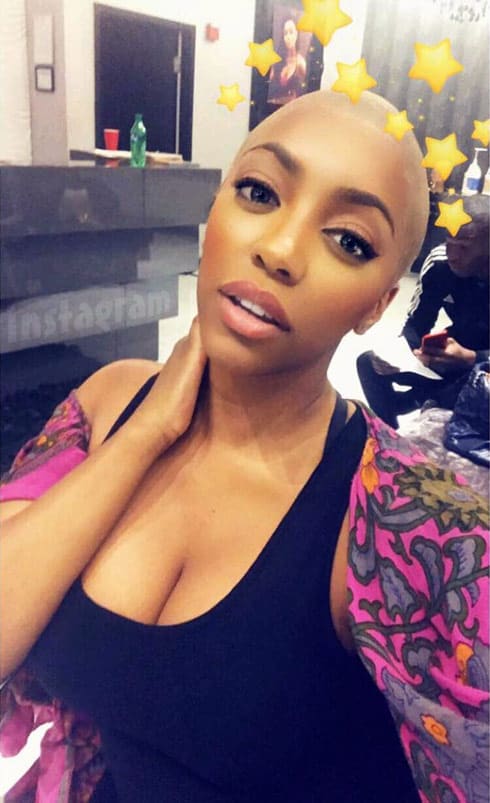 Kellon goes on to say that all of this was to help Porsha prepare for her upcoming role in the stage play Two Can Play That Game, in which she wears a ponytail wig. “She is playing Gabrielle Union’s role, Connie, and in the movie she had a long ponytail,” Kellon tells BET. “[All of] this was prep for the ponytail wig that we installed.”

Here is a tidbit about the Two Can Play That Game production, which also stars Vivica A. Fox and Columbus Short, from the press release:

In Two Can Play That Game, Je’Caryous Johnson will hold true to the story that fans fell in love with 16 years ago with some new twists and turns to the plot. When it comes to matters of the heart, Shanté Smith (Vivica A. Fox) is so adept at navigating the waters of romance that her girlfriends look to her for relationship advice. But soon, Shante’s own relationship becomes the example when her boyfriend, Keith (Columbus Short), is caught red-handed stepping out with his co-worker and her archrival, Conny (Porsha Williams). However, when Shanté institutes a plan full of tricks and games to get Keith to act right, he, with the help of his friend Tony (Carl Payne), fire back with a quickness, letting Shanté know that “Two Can Play That Game”.

Two Can Play That Game kicks off a seven-city, 17-date tour in St. Louis on Sunday, October 15.