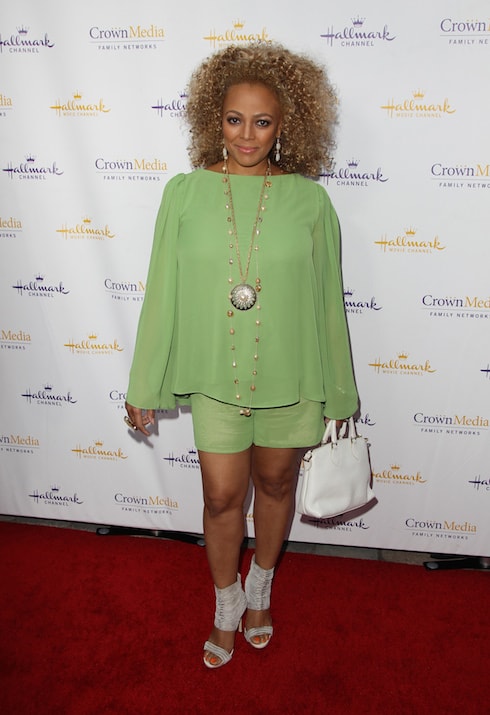 Last week, we reported on the possibility that Kim Fields quits The Real Housewives of Atlanta–or that she would be fired–after just one season on the show. Now that the Season 8 reunion show has aired, Kim has confirmed her departure from the RHOA cast. Kim called in to The Rickey Smiley Morning Show to break the news, and to promote her appearance on the just-begun season of Dancing With The Stars. She

Fameolous was first on the scene with the audio, which you can listen to below:

“Feels more like Brett Farve and the Jets,” Kim said, when asked if she would come back for another season. “I’m done. Think back to the beginning of the season, [and] what my momma said–’Get in and get out.’ Listen to your momma.”

“[I did it] for the experience,” Kim continued. “It was to be able to do a genre that I was asked to before, and…overall, it was a really great experience.”

Now, the big question is who might replace Kim Fields for The Real Housewives of Atlanta Season 9. There’s been no official word from producers or would-be cast members. However, the latest gossip–which we reported last week–is that current Fox News personality Stacey Dash would join up, and would do so for an alleged $2 million. If accurate, that amount would be the largest single-season salary in Real Housewives history.