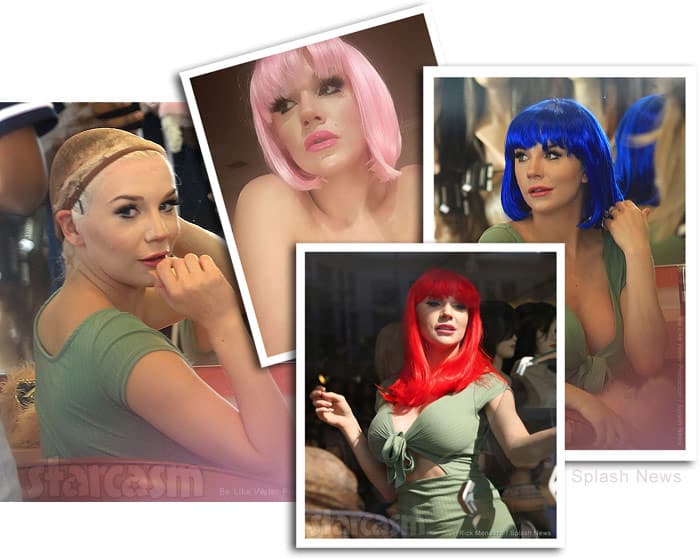 Earlier this month, Courtney Stodden famously shaved off her trademark blonde hair as a tribute to the child she lost to miscarriage, and this weekend she was photographed out shopping for wigs in Beverly Hills. As you might have guessed, Courtney wasn’t looking for “conventional” as she tried on numerous colorful faux ‘dos before settling on bright pink.

Here’s the final result, as shared by Courtney on Instagram, although we did have to “raise the bar” a little at the bottom of the photo to keep things a bit more PG and a little less PG-13: 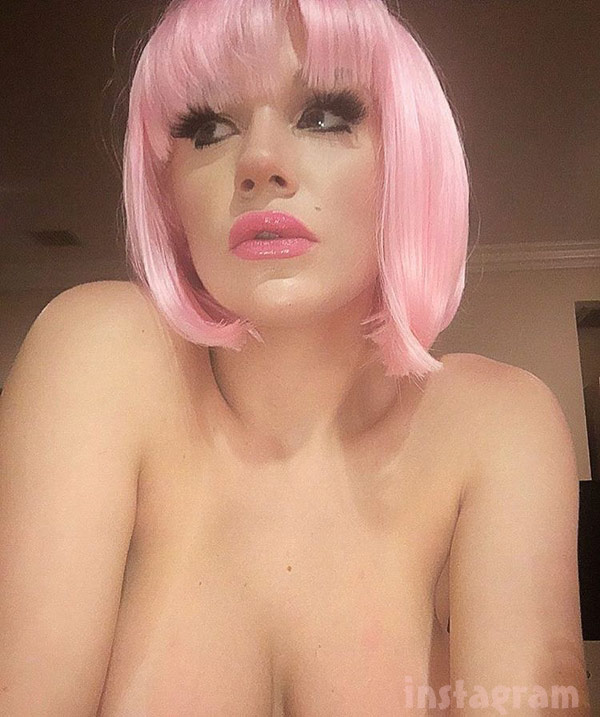 Courtney, who seems to slowly be getting back to her playful self on social media, gave the photo a fun caption: “Who me? ?? #pinkhair”

For those of you curious about what Courtney looked like in some other bright colors, here she is at the top shop in Katy Perry blue and Jessica Rabbit flaming orange: 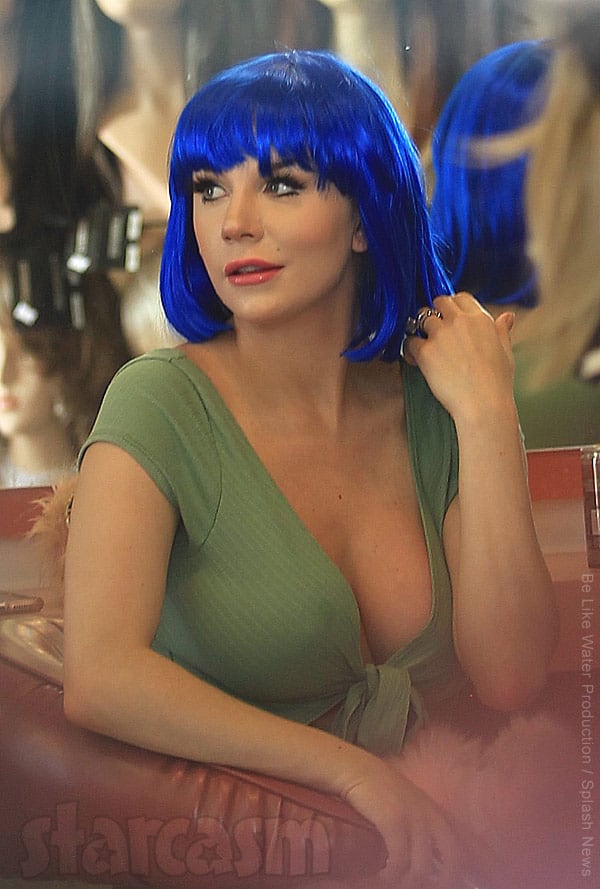 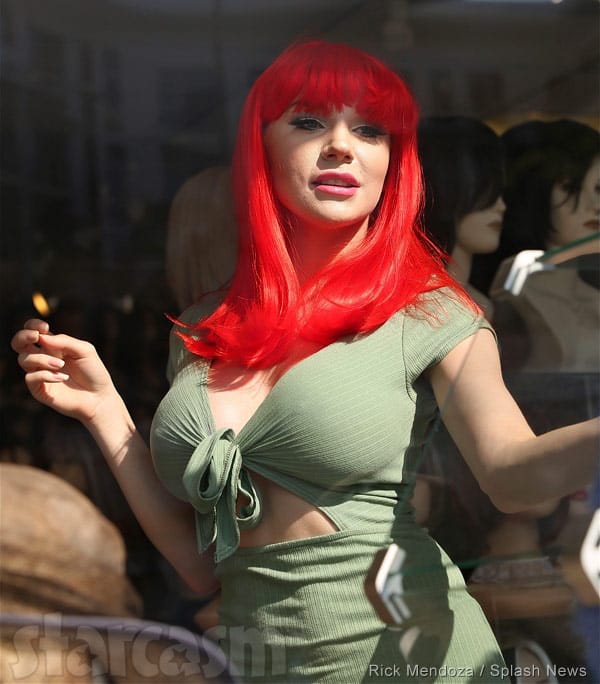 We even have a great shot of Courtney’s shaved head in between coverings: 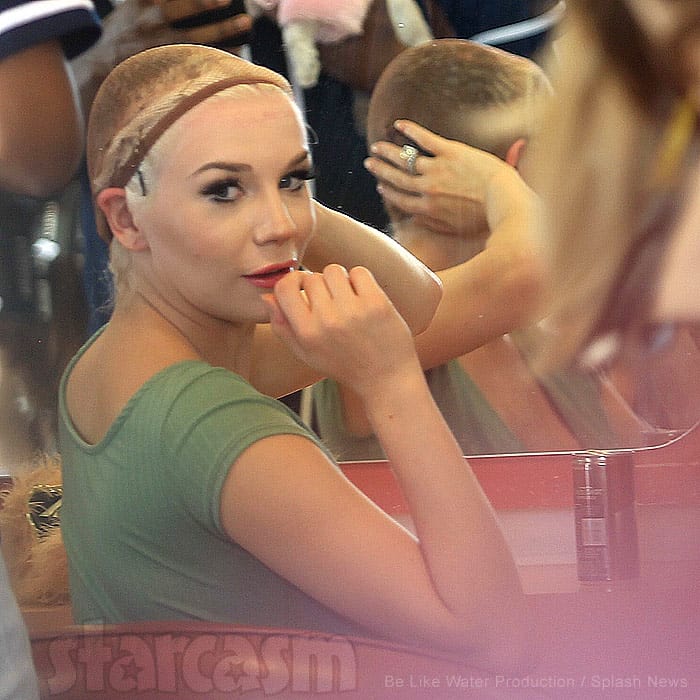 After making her wig choice, Courtney apparently decide to get a little *Nebriated with *NSYNC:

Getting drunk listening to #NSYNC ?

It’s great to see Courteny seemingly having a good time, and literally adding a little color to her life. But, just in case three colors aren’t enough for you, we put together this Andy Warholian graphic using Courtney’s Instagram photo with a wide range of hair colors: 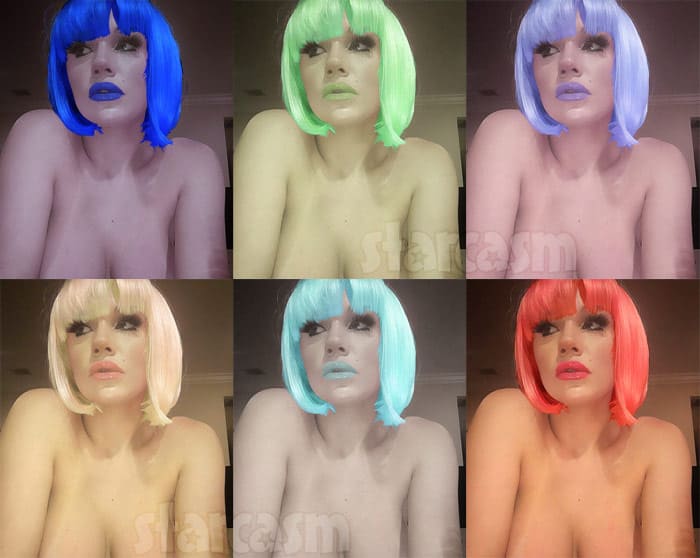 Although a Courtney Stodden Warhol would certainly be a good send off, I’m always partial to ending posts about her with a centerfold pin-up photo — so here she is looking pretty in pink, complete with matching pinkcessories:

VIDEO Courtney Stodden calls Brody Jenner an a**hole, challenges him to an ‘act off’