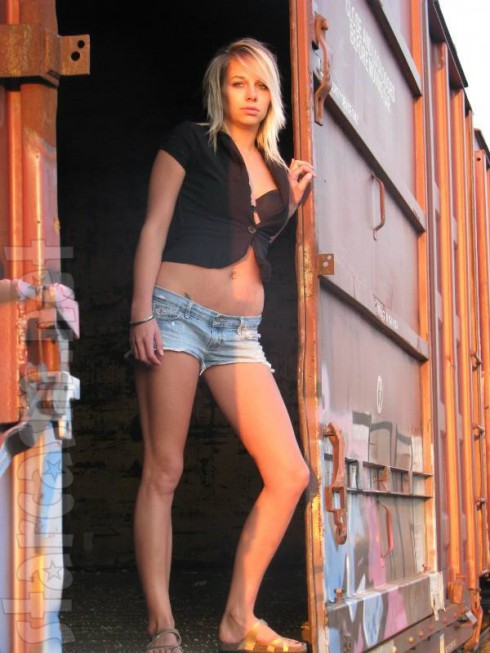 Teen Mom‘s Adam Lind found a woman who is nearly his equal — at least in terms of their criminal records.

According to Radar Online, Chelsea Houska’s ex is dating a mother-of-two named Brooke Beaton. (Not to be confused with the woman Adam supposedly got pregnant recently.) Similar to many of Adam’s past relationships, things seem to be moving quickly as Brooke is reportedly living with him… Which means Chelsea has good reason to be wary before sending Aubree over for visits.

Before getting together with Adam, 26-year-old Brooke was arrested three times for embezzlement. A source from the Sioux Falls Police Department said Brooke was first busted in 2008 for allegedly siphoning $637 from her employer. The following year, she was arrested again for writing $3,800 worth of checks to herself from her new employer. She cashed some in South Dakota and some in Minnesota. Her third embezzlement-related arrest was in November 2009. 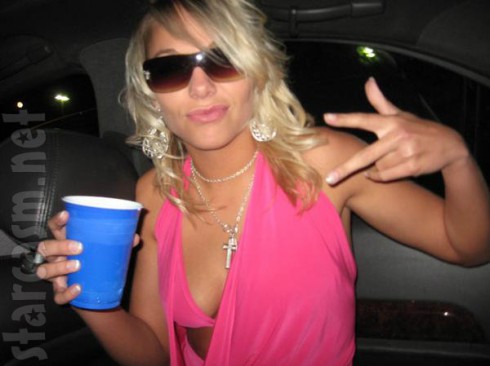 Brooke was arrested just less than one year later when she was the passenger in a car that was pulled over. She was charged with giving the officer a false name, possession of marijuana and possession of drug paraphernalia. Sometime around then, she was ticketed for driving without insurance — which became a bigger deal in January 2011 when she didn’t show up for court and a warrant was issued for her arrest.

Brooke seems to have kept her nose clean since then. In addition to being an aspiring model, she works as an account specialist for a company that was apparently willing to overlook her record.

EXCLUSIVE Why Kailyn Lowry stormed off the Teen Mom 2 Reunion