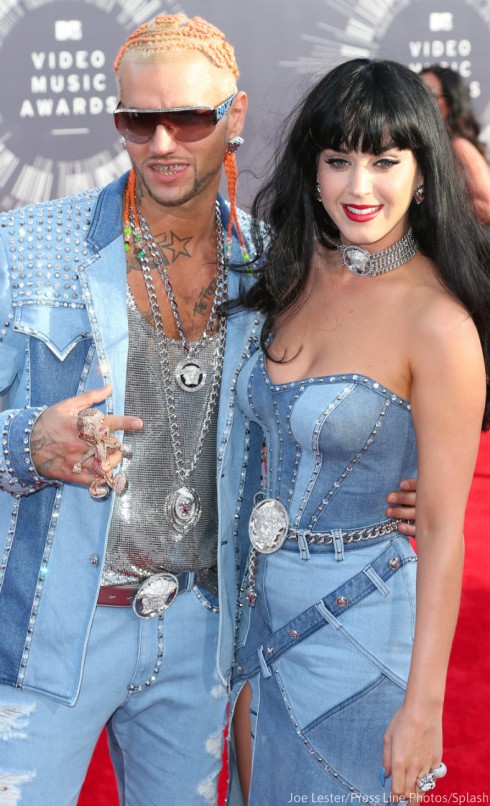 In most cases, red carpets allow celebrities and/or designers to show how they are propelling fashion forward. But, at the 2014 MTV VMAs, Riff Raff and Katy Perry’s denim-dominated nod to Britney Spears and Justin Timberlake was arguably the most talked about look of the night.

Katy teased the epic blast-from-the-past looks earlier in the day by saying they were aiming for “da best worst dressed.” She later added of the custom Versace attire…

Thousands of fellow nostalgia-lovers seemed to approve of Katy’s throwback look, but what about the No. 1 person she wanted to impress?

.@katyperry Just when I thought the denim dress had retired….you bring it back! You looked amazing tonight bb 😉

Although the plan was probably in motion for weeks leading up to the event, Britney (knowingly?) played to Katy’s hand earlier in the weekend after Katy complimented her Woody Woodchuck impression. Britney then challenged Katy to do her own impression…

@katyperry You're up next. #Noexcuses. You have 24 hours to do your best impression.

About 45 hours later, Katy debuted her Britney impression at the VMAs!