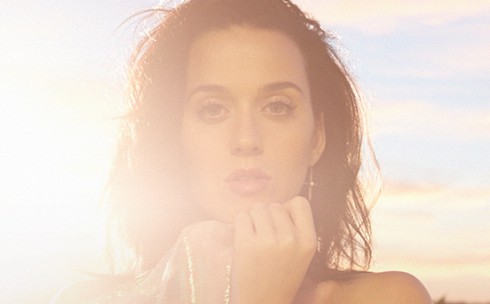 After suffering the gut-punching blows of a surprise divorce via text message, pop princess Katy Perry thought her next album was going to be dark, maybe even acoustic. When the first single “Roar,” an anthem about picking yourself up and winning, came out it was obvious that wasn’t happening. Katy still goes to some dark places on PRISM: “Ghost” mentions that divorce text in the first line, and in the final song “By the Grace of God,” Katy talks about contemplating suicide.

“That song is evident of how tough it really was at a certain point,” Katy told The Sunday Times. “I asked myself, ‘Do I want to endure? Should I continue living?'” Katy revealed that she couldn’t get out of bed for two weeks, and felt like she didn’t have a lot of self-identify and strength beyond her public persona. “I’d lost hope, all of my confidence had been shattered,” she explained. “Unfortunately, although I had a lot of outward self-identity, I didn’t have the inner kind, I hadn’t built that up. My self-worth was in someone else’s hands, which is never a good idea, because it can be taken from you at any time. And it was, and it was shattered.”

Katy celebrated the launch of PRISM with an intimate concert at the iHeartRadio Theater in L.A. After playing an acoustic version of “Roar,” Katy opened up about what caused the change of tone of her album. “My head was in a dark place. I thought I was gonna make an acoustic record with depressive shades. All the light hit me and influenced shades, I feel very prismatic.”

At least one of the songs, “Unconditionally” is inspired by her romance with John Mayer, which was on-and-off for a while, but has been steady for a while now.

As for Russell, he’s been enjoying himself a bit on his stand-up tour: 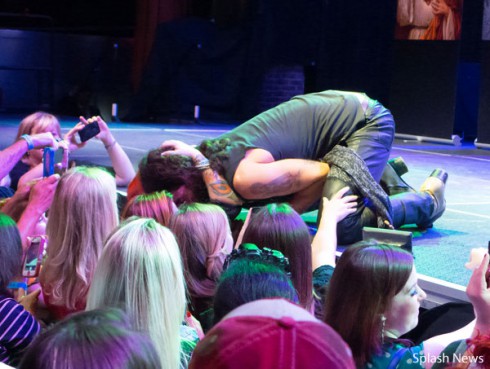 Katy Perry is the next Super Bowl halftime performer

PHOTOS Katy Perry is Roargeous in leopard print at VMAs

The Kardashians make a music video for Katy Perry’s E.T.