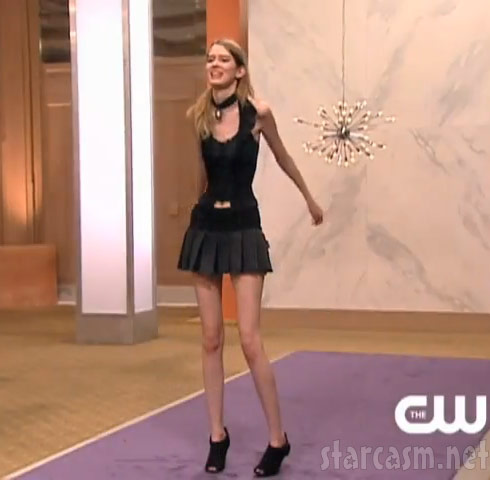 America’s Next Top Model is about to kick off cycle 15 and they’ve just released the first promotional videos for the upcoming season, including one of Ann Ward from Dallas Texas who is well over six feet tall and weighs less than 100 pounds!

Here’s the amazing video in which Tyra is first introduced to Ann:

Perhaps aided by a corset, Ann’s waist is so small that Miss J is able to wrap his hands completely around it: 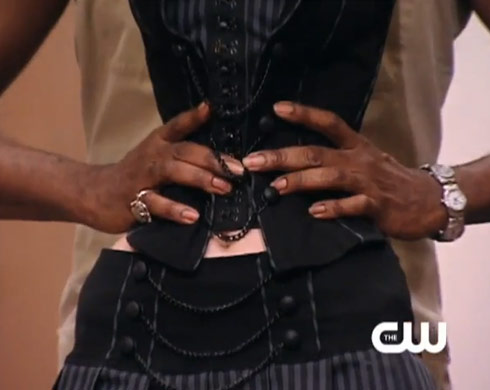 That there my friends is a living, breathing Barbie doll! Where are her organs? Seriously, where are they?

But don’t think for a second that Tyra Banks is going to dismiss anything unique, especially if it involves being TOO skinny. A post on LiveJournal’s “Fashin” section revealed what fans are speculating are photos of the final 7 girls roller skating together for the show and it appears as though Ann is there! Her hair is a slightly different color but the height and slight build give her away: 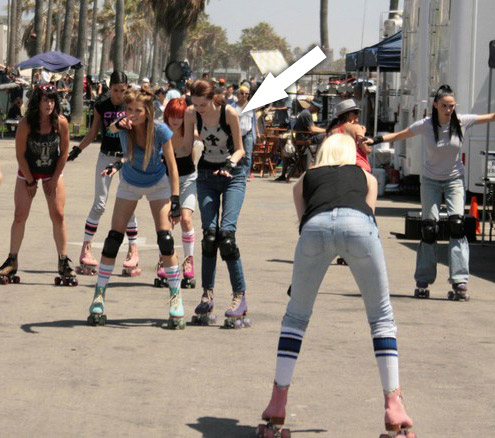 Ann’s physique (or lack of) is almost literally unbelievable, so Ann Taylor or Ralph Lauren would probably looove to hire her.

All of that being said, Ann is reportedly a completely healthy young woman – and if that’s the case then more power to her! I think she has a tough hill to climb as far as winning the competition, but if she has the right attitude and takes great pictures Tyra and the crew aren’t going to prevent her from winning just because she resembles a paper mill pine tree! (I have to admit she looks quite lovely in her studio portraits and seems to photograph REALLY well!) 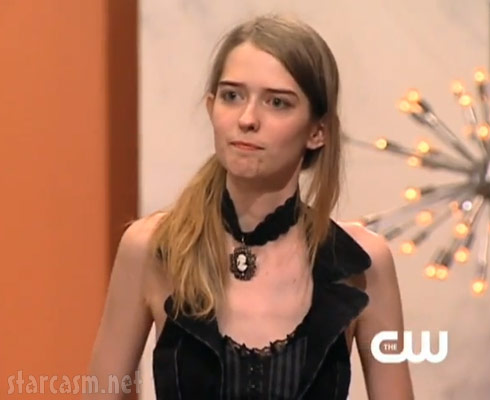 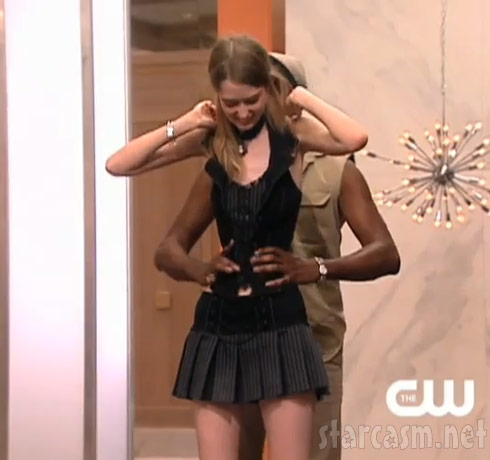 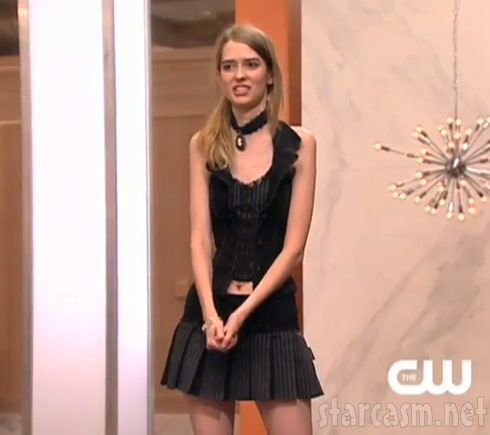 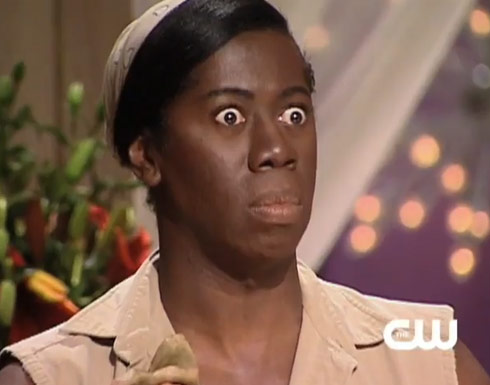 Tune in to the America’s Next Top Model Cycle 15 Season Premiere Wednesday, September 8 at 8/7c on The CW!