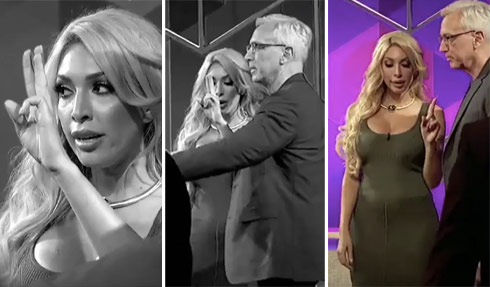 The countdown is officially on for one of the most anticipated moments in Teen Mom history!

Fans of the show have been eagerly awaiting the showdown that turned physical between Farrah Abraham and Amber Portwood ever since news of the altercation, which occurred during the taping of the reunion show, surfaced.

We see Amber Portwood storming out from the back after Farrah Abraham and Simon Saran “joked” about her fiancé Matt Baier being a pedophile. Amber is heard saying, “Just because someone’s 20 years older than me doesn’t mean he’s a f***ing pedophile.”

Farrah is seen standing next to Dr. Drew onstage counting to three. She asks, “You want to call the police on the criminals?”