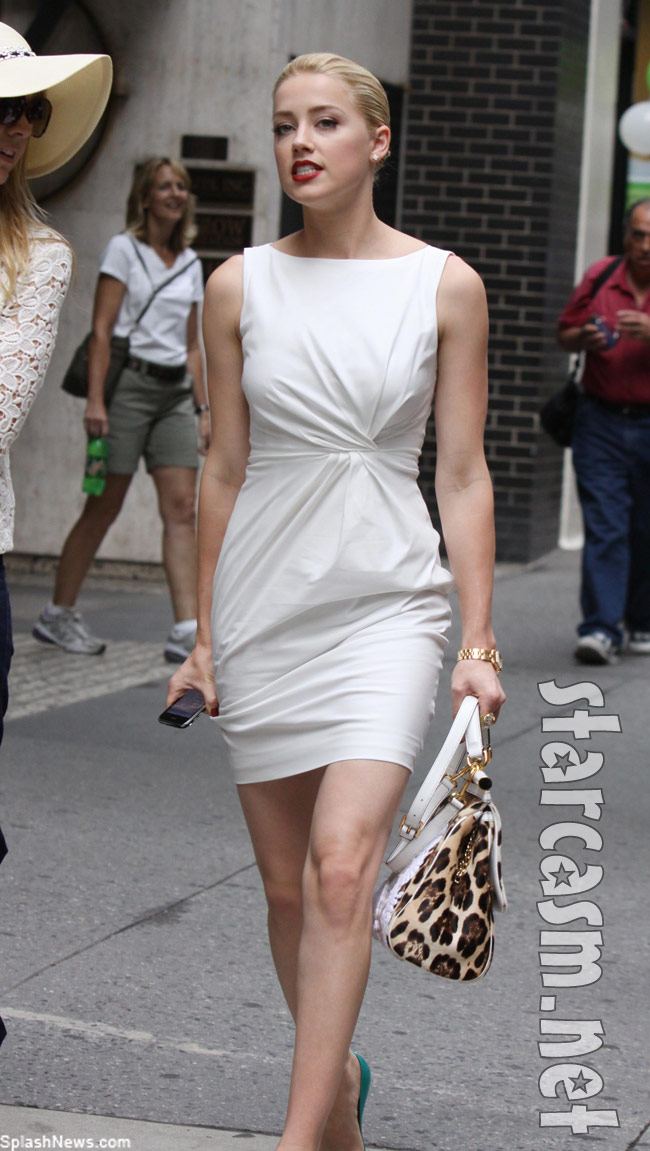 In the film Syrup set for a 2012 release actress Amber Heard plays the character 6 who is a 20-something trying to make it to the top of the soda corporate ladder. If these photos coming from the set are any indication Amber is as sweet and refreshing as bottled Coca-Cola on a hot summer day.

The 25-year-old was pictured filming scenes on Park Avenue in New York City over the weekend along with co-star Shiloh Fernandez. She stunned in a form-fitting white dress and 60’s era aqua green heels along with a leopard print purse. Her hair was pulled into a bun and the combined look just said, POW!

In addition to Syrup she is set to play the lead role in NBC’s answer to Mad Men called The Playboy Club alongside LeAnn Rimes’ husband Eddie Cibrian. In 2010 Heard came out at the 25th anniversary of GLAAD but she actually is open in her sexuality having stated:

“I don’t label myself one way or another – I have had successful relationships with men and now a woman. I love who I love, it’s the person that matters.”

Good for Amber and good for all of us are these wonderful images from the set of Syrup. All that sweet syrup needs is some delicious pancakes (yeah I went there). She keeps lookin’ this hot I’m gonna have to slap my Aunt Jemima! Here’s our traditional looooong parting shot. Say bye bye Amber (You can click on either photo for a full page view of Miss Heard)! 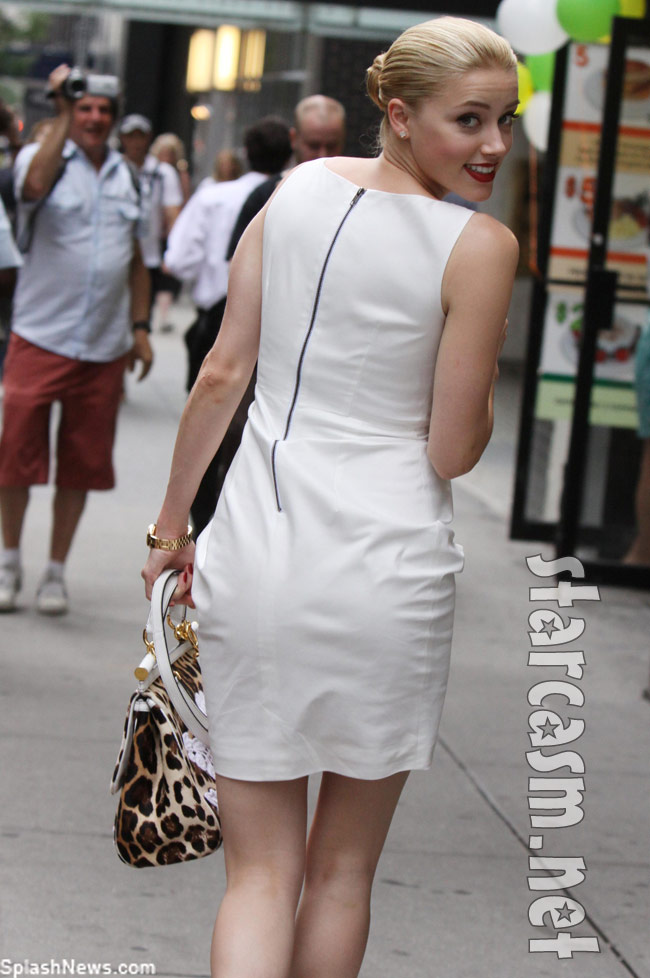