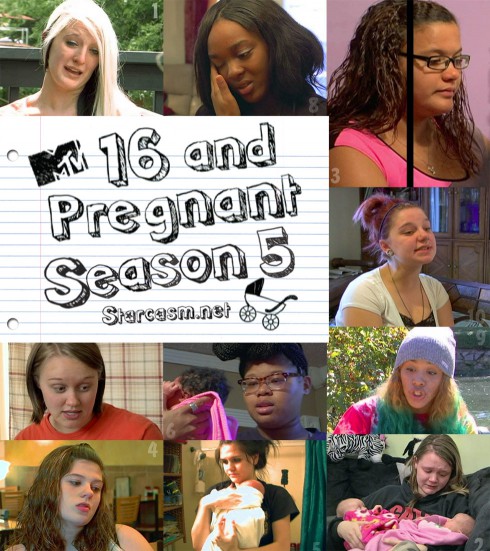 MTV has just released the full preview trailer for 16 & Pregnant Season 5, which is now premiering on Monday, April 14 — more than two weeks prior to when the network said the new season would premiere when they released Maddy Godsey’s trailer back on March 20. The identities of some of the young mothers to be featured have already been revealed, and now it’s time for our annual (or at least almost annual) 16 & Pregnant sleuthing post where we try to figure out all the other names before the premiere! We’ve only got four days so we need to get crackin’!

Here are screen caps of ten of the moms from the preview trailer, starting with the ones we know more about first — thanks mostly to the diligent work of The Ashley’s Reality Roundup: 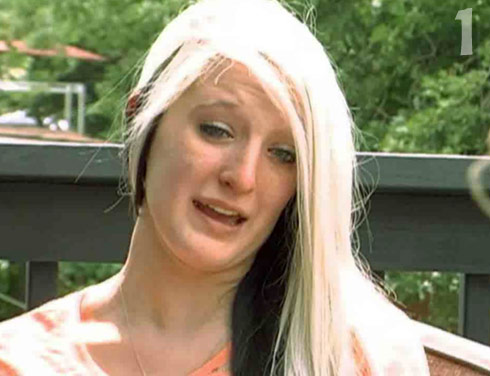 17-year-old Maddy Godsey is from Tinley Park, Illinois and gave birth to her daughter Aubrey Lynn on October 17, 2013. You can find out more about Maddy, Aubrey and Aubrey’s dad Cody (including more photos) here. You can watch the preview trailer for Maddy’s episode, which will be the premiere episode airing April 14, here. And be sure to click here to check out an interesting article on the Mayor of Tinley Park, who opposed MTV filming the show on City property. 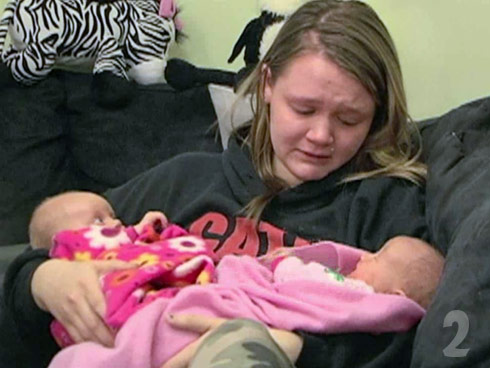 Karley is from Tooele, Utah and gave birth to twin daughters some time around December, 2013. You can find out more about Karley and the twins’ dad Tony here. 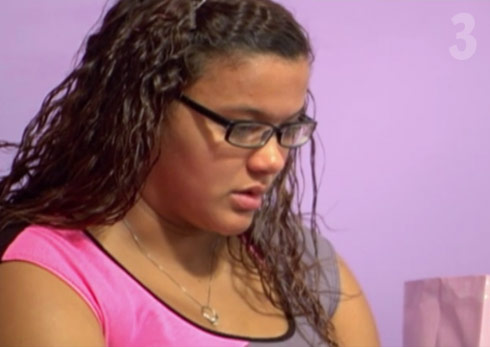 Aleah Lebeouf is from Missouri and is the mother of daughter Peyton Reianne. She and Peyton’s father Shawn Burke are still together along with Shawn’s son Noah. Click here for more bio info on Aleah! 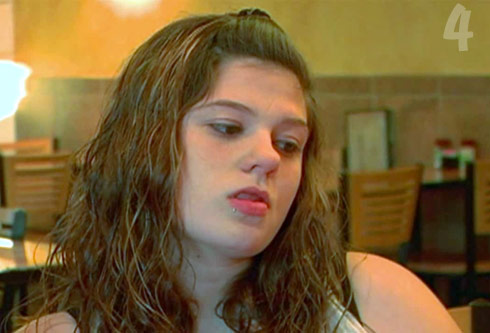 Autumn Crittendon is from Varina, Virginia and gave birth to her son Drake in December. Drake’s dad Dustin appears to be having some difficulties with the maturity needed to be a dad, but according to Autumn’s Twitter account from just a couple of hours ago, it appears as though he may have stepped up!

Autumn will be the second episode of 16 & Pregnant Season 5, airing April 21. Click here for the scoop on Autumn! 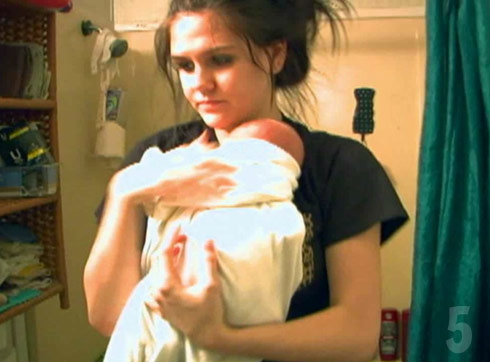 Summer Rewis is the second seasonally named girl on 16 & Pregnant Season 5 and she is from Reidsville, Georgia. Summer gave birth to son Peyton Daniel (our second Peyton!) at the end of October. She married Peyton’s father DJ in a courthouse wedding in August. Find out more about Summer, Peyton and DJ here! 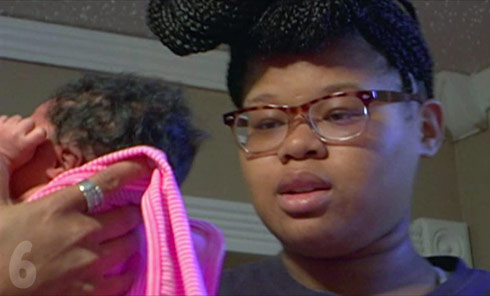 Jazmin is from near St. Louis with a daughter named Leila. Jazmin’s parents are super strict, which doesn’t bode well for her boyfriend Dell. 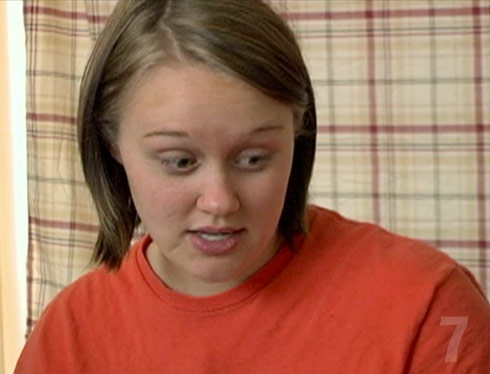 Jordan Cashmeyer is from Baltimore, Maryland and gave birth to daughter Genevieve Shae Taylor on March 7. Jordan and Genevieve’s dad Derek are still together. Judging from the trailer, she ends up homeless at some point. Find out more about Jordan here. 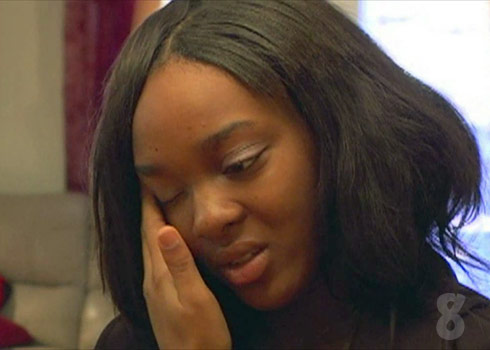 UPDATE – Savon is dating a college football player named Mauwi, who is not the father of her child. Also, she has a very charismatic Aunt LaDonna, who looks to be a potential break-out star this season.

I think this is the girl shown getting a sonogram on which the name “Gavon Looney” (OOPS) can be seen at the top. I have no idea if this is the baby’s name, a parent’s name, the nurse’s name, the doctor’s name, the nickname for the sonogram machine or what — just thought I’d point that out. 🙂 Actually, I’m not all that certain about the “G” in Gavon, but what else could it be? (* Apparently it could have been an “S”) Here’s a screen cap: 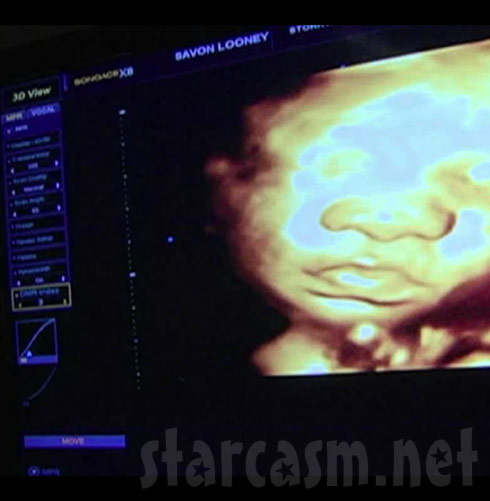 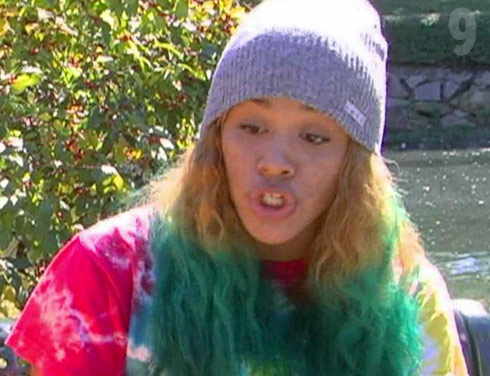 Arianna looks to have the usual issues with the father of her child “stepping up.” His name is Maurice and Arianna’s mother’s name is Michelle. We’re still working on her child’s name. 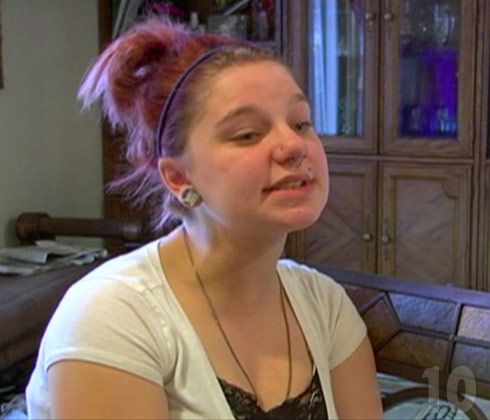 This young mom appears to have some serious trust issues with her mother, which means she is probably the one E! describes as “a young mother dealing with her own mother’s addictions issues.”

UPDATE – Millina Rose is a 17-year-old mom from near Detroit. She has a son named Kayden and her tumultuous relationship with Kayden’s father appears to be seriously off since January. 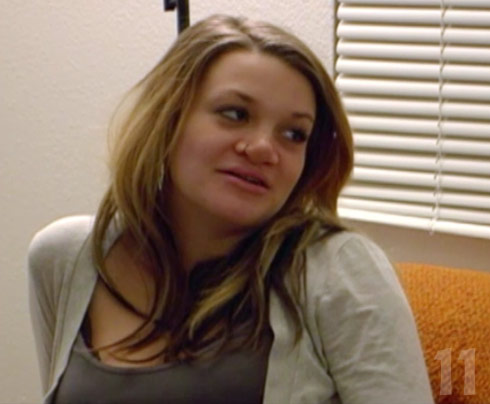 Courtney has a son named Dayton and Dayton’s father is named Scott. The only thing else we know at this point is that Courtney decided to be abstinent after getting pregnant. 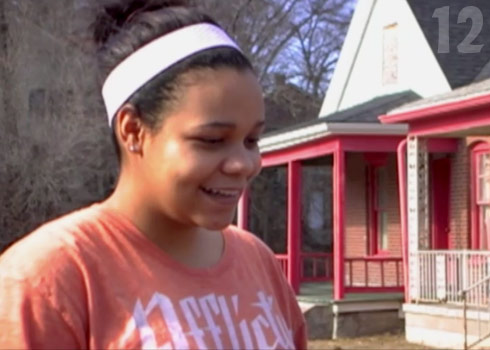 12. Savannah Mooney (not in the trailer)

From Teen Mom Junkies: Savannah is from Jefferson City, Missouri and gives birth to a son named Rowan. She’s still reportedly with her baby’s father, Stone Nesmith, and the two plan on getting married sometime in the near future.

If you’ve got any info, please comment below, tweet us @starcasm, or send us a message on Facebook. Let’s get this figured out before the Premiere on Monday, April 22 at 10/9c on MTV!