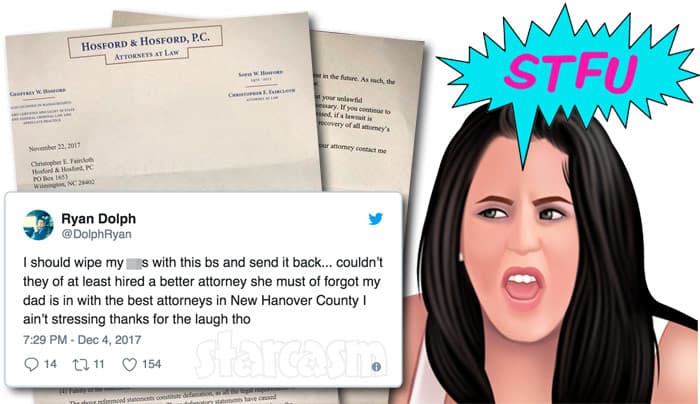 As we previously reported, Teen Mom 2 star Jenelle Eason and her husband David Eason have hired an attorney in an effort to silence some of the negativity directed at the couple on social media. The two sent cease and desist letters to numerous people, including Teen Mom 2 co-stars Kailyn Lowry, Chelsea Houska, Dr. Randy Houska, and Jenelle’s mom Barbara Evans. Another recipient of one of the letters was Ryan Dolph, a friend of Jenelle’s ex Nathan Griffith who has been on the show several times. Much like Chelsea, Kail, Randy, and Barbara, Ryan laughed off the cease and desist letter, but he took things one step further by actually posting photos of it on Twitter!

We will rewind just a bit first. Ryan responded to Chelsea Houska’s surprised tweet late last month after she received her letter. “Don’t feel bad I gotta letter too just haven’t went and picked it up yet from my parents…” Ryan tweeted. “My dad just called me about it.”

In a separate tweet, Ryan further explained: “I gotta a letter myself stating all types of crazy sh!t my Dads was telling me lol I just ain’t in no rush to go get it lol #f**kem #dudesacontrolfreak.” Ryan then offers up his take on the merit of the letter: “When your a public figure your gonna be talked about and it’s free therefore you can’t sue sh!t.”

Fast forward a couple of weeks and apparently Ryan did eventually pick up the letter from his dad, and he shared this picture of the actual envelope: 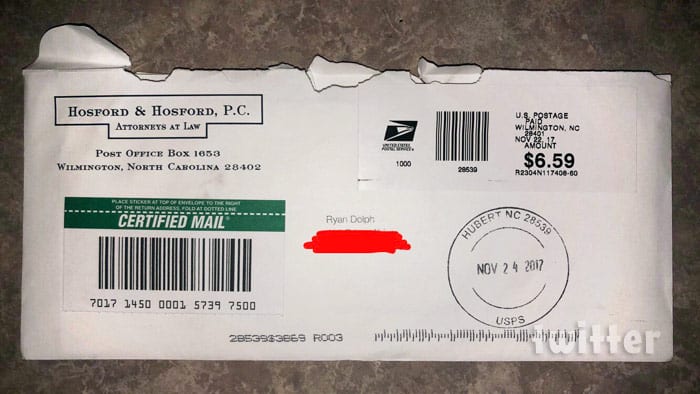 He then posted photos of the cease and desist letter and offered up more unintimidated reactions: 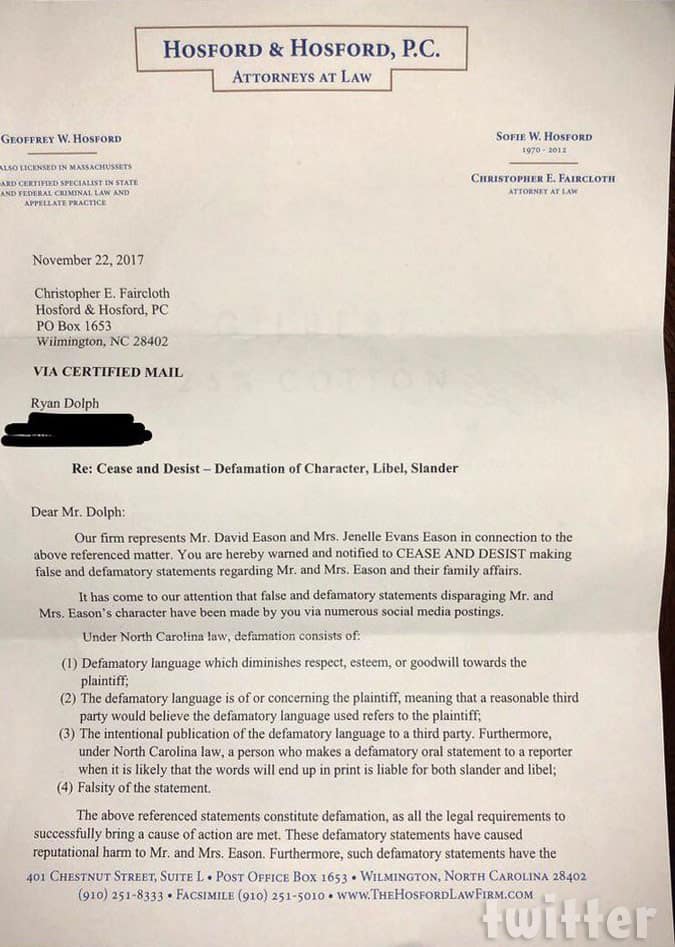 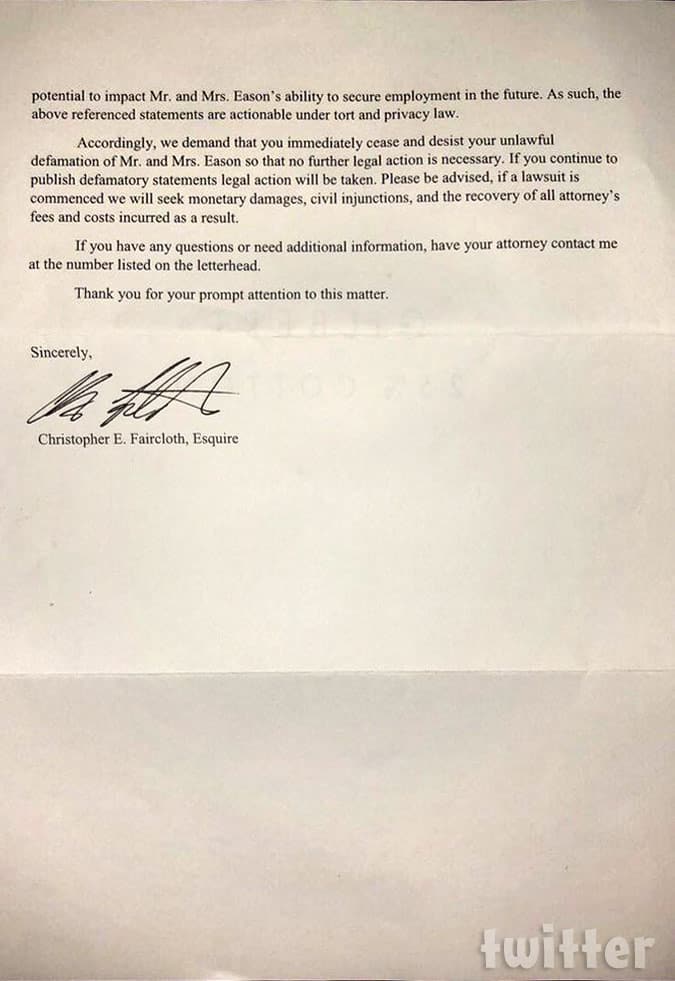 “Ask me if I give a f**k…” Ryan captioned the letter. “They all can suck my long d!ck #cantdosh!tifitsthetruth #someonef**kinpayme”

Ryan continues: “I should wipe my ass with this bs and send it back… couldn’t they of at least hired a better attorney she must of forgot my dad is in with the best attorneys in New Hanover County I ain’t stressing thanks for the laugh tho.”

The letter does not mention any specific instances in which Ryan Dolph posted comments that were allegedly defamatory. It merely stated the following: “It has come to our attention that false and defamatory statements disparaging Mr. and Mrs. Eason’s character have been made by you via numerous social media postings.”

It is unclear if the letters received by Jenelle and David’s co-stars were worded any differently.

UPDATE – It has since been revealed that the attorney who sent the letter has a familiar middle name. In the letter he only provides a middle initial as Christopher E. Faircloth, but the North Carolina bar reveals his full name to be Christopher Eason Faircloth! Eason is not a common first name, so some are wondering if it is his mother’s maiden name or something similar, and — of course — if he is somehow related to David Eason.

Ryan Dolph just responded to questions about the name, and he seems confident that they are not related, or “ken” as he says. “For the last time that lawyer is no ken to that pu**y or that family no body in that family is that educated STOP saying that dumb bs not every Eason is ken.”

Ryan followed up that tweet with another one boasting about his family’s legal connections in the area before then seemingly hinting that he is looking at some sort of legal counter action:

If she only knew how I could flip this sh!t and actually get something out of this… she should of thought twice because I’m pretty sure I ain’t the only one looking into the bs ?