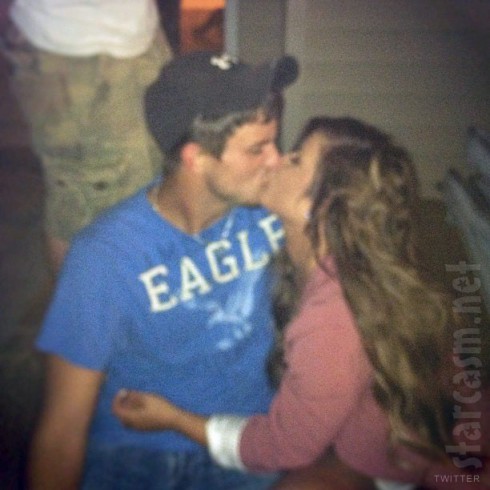 A heat wave is sweeping the country as record-breaking temperatures are recorded from coast to coast. Apparently, the notoriously chilly South Dakota is no exception, because things appear to be heating up between Teen Mom 2 star Chelsea Houska and some feller named Aaron Crisp! (Some segue huh?)

Chelsea shared the photo above of the two of them kissing (can you say, “extra Crispy?”) along with “Looove @aaronjcrisp.”

But this photo isn’t the first virtual flirtation between these two tweethearts, as Chelsea and Aaron have been exchanging tweet nothings ever since Aaron joined the social media site on May 1st by announcing, “Finally broke down and got twitter! all thanks to @ChelseaHouska” Awwwww… Aaron was a Twitter virgin y’all!

Those tweets were followed by the smooching pic and then this rather racy three-way photo with Chelsea, Aaron and another fine lookin’ gal named Logan, which was accompanied only by the hash tag #whatever: 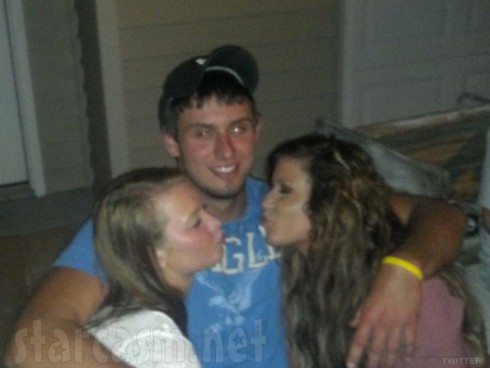 So what’s the scoop? We talked with a source close to Chelsea who assures us the two aren’t officially dating, just hanging out and having a fun time together. Good for her! And good for all of us, because as far as contagious cheer goes, it’s hard to beat a smiling Chelsea Houska 🙂

(Hmmmm… So that’s what Dr. Randy Houska would look like if he had opted for professional wrestling instead of dentistry!)