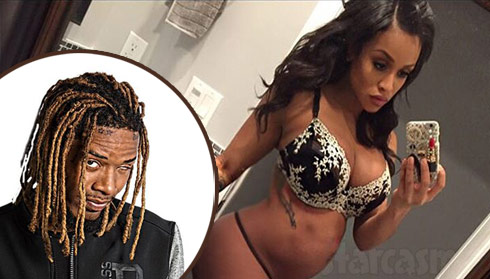 Masika dropped the baby bombshell in an interview with Power 106 earlier today. Here’s the clip in which Masika reveals she is pregnant–and has her own reality show in the works to document her pregnancy:

“I actually have my own show now, I can finally say that,” Masika says. “I can’t tell you the exact network, but we were playing around with titles for the show. I wanted to call it Unscripted, but that was a little too shady. So our working title right now is Pregnant and Pumped.”

[UPDATE – Masika just shared a tweet with the hash tag #pregnantandpumps, so we may have misheard the title.]

As you can imagine, the folks in the studio freaked out when she said that! “So Masika, you’re pregnant?!” the host asks.

“I am,” says Masika. “I’ve been keeping this for six months,” she reveals, before sharing some details about the conception. “So, the song I did with Fetty, ‘Ándale,’ ladies, be very careful when you listen to this song, because we conceived a child that night.”

More astonishment from the studio. “WOW! So the baby daddy is Fetty Wap?” Masika’s response was a simple, “Yeah.”

After her appearance on Power 106, Masika took to Instagram to share this rather revealing baby bump photo: 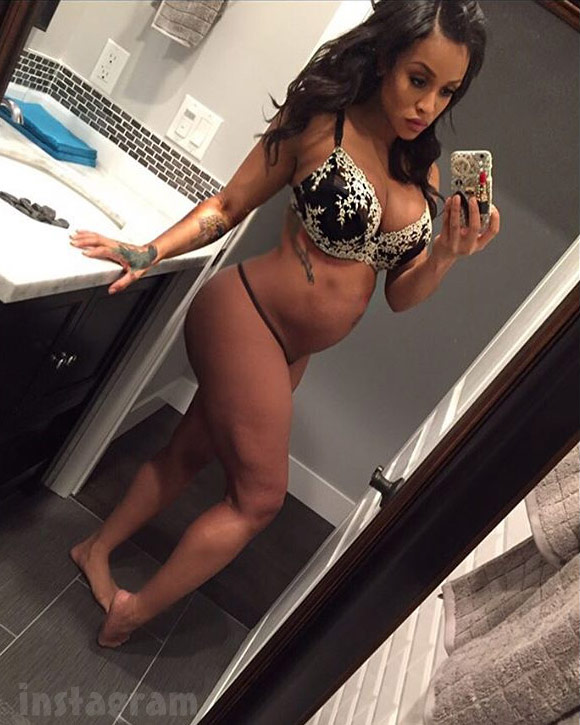 These past 6 months have been crazy.. But I’d do it all over again just to have you baby… My perfect sweet glory… You’re everything I’ve ever done right. My personal connection to the sun. I love you to an extreme that I’ve never achieved… Now I know my purpose in this life cuz God made you for me.. ❤️ Mommy #6months

Once Masika’s announcement hit the media, Fetty Wap took to Twitter for an apparent response. “B!tches be posting pics now the world going crazy… she need a come up I understand that career lookin bad.”

Fetty later deleted the tweet, but, of course, the internet remembers: 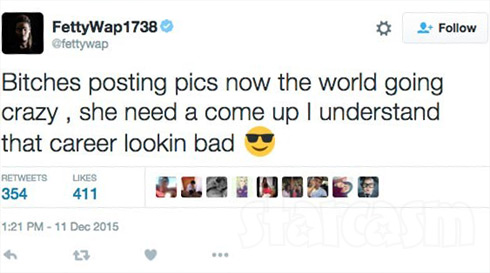 @Fanm_Anbisye so I ain’t sendin for you lil homie you claiming you pregnant by me or na ? Aite then beat it

@Fanm_Anbisye stand yo ass that way then on this block list ?

It gotta be my money cause I sho ain’t handsome … ?

Stay tuned! Oh, and just in case you were looking to try Masika’s fertility treatment suggestion, here’s “Ándale” to listen to: