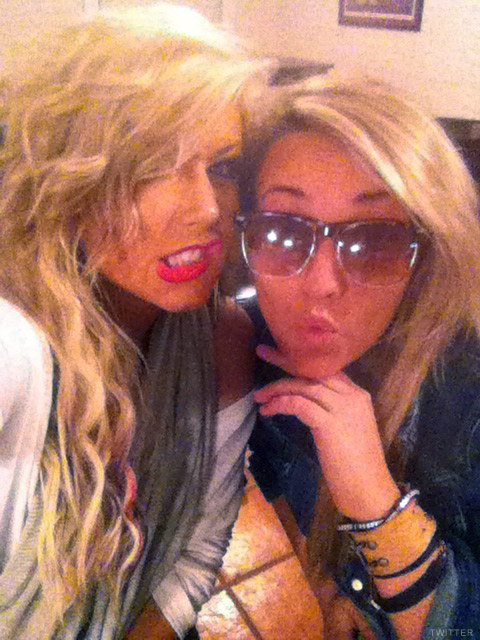 We posted a few weeks ago about a Twitter exchange between Teen Mom 2 star Chelsea Houska and Jamie Lynn Spears after Jamie had watched an episode and wanted to express sympathy for Chelsea’s situation with her on-again, off-again boyfriend Adam Lind. The two young, single moms agreed that they should set up a play date for their daughters, Maddie (3) and Aubree (2).

It now appears that Jamie and Chelsea have followed through with setting up a play date… for themselves! In New Orleans! During Mardi Gras!!!

Chelsea shared the above photo on Twitter along with the tweet, “Gahhh @jamielynnspears puuuurdy girl” Jamie retweeted the photo and added, “youuuu knowww”

Wow! Chelsea Houska, Jamie Lynn Spears, and their womentourage are currently strolling the streets of New Orleans! Something tells me those ladies are going to have a lot of beads thrown their way 😉 But lawdy lawd, keep your tops on girls – I certainly don’t want to spend my weekend writing “Chelsea and Jamie: Girls Gone Wild!” articles.

UPDATE – Speaking of womentourage, here they all are posing for a group photo just before going out! I assume they knwo the guy in the background or else they just got hilariously photo bombed: 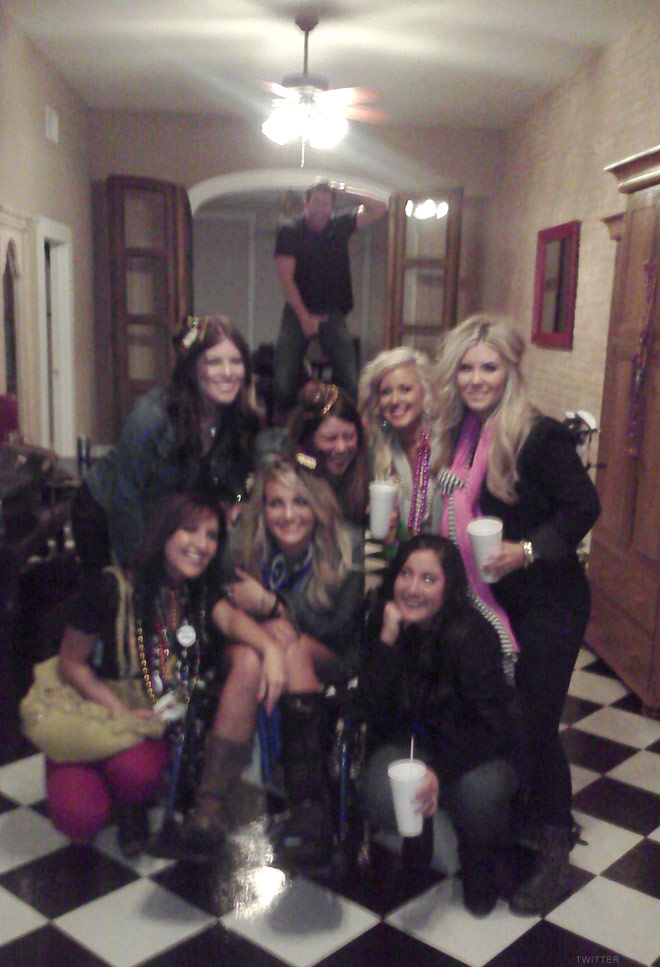 UPDATE – And another one from later in the night: 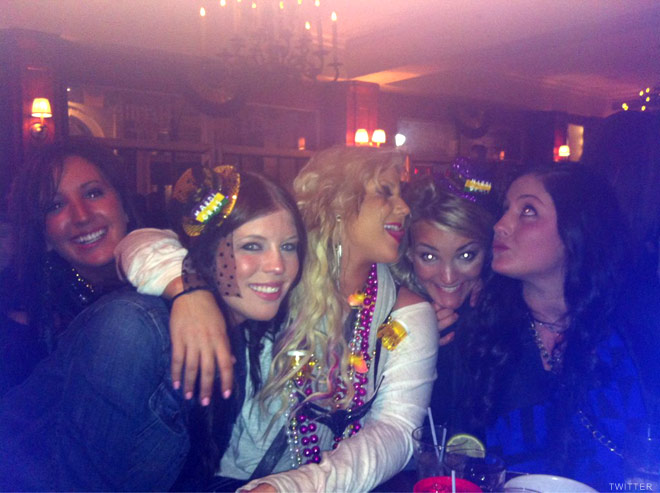 In case you missed it, Jamie Lynn Spears recently gave an interview with Glamour in which she talked about being 16 and pregnant herself and offered up her thoughts on the Teen Mom phenomenon. Looking back on her situation it’s easy to understand why she felt a connection to Chelsea Houska.

UPDATE – Chelsea Houska and Erika Flom continued their Mardi Gras weekend fun with some of the stars from Caged! CLICK HERE to see tons of photos of them out having a good time and HERE to see one of the Caged guys modeling some of Erika’s unmentionables!