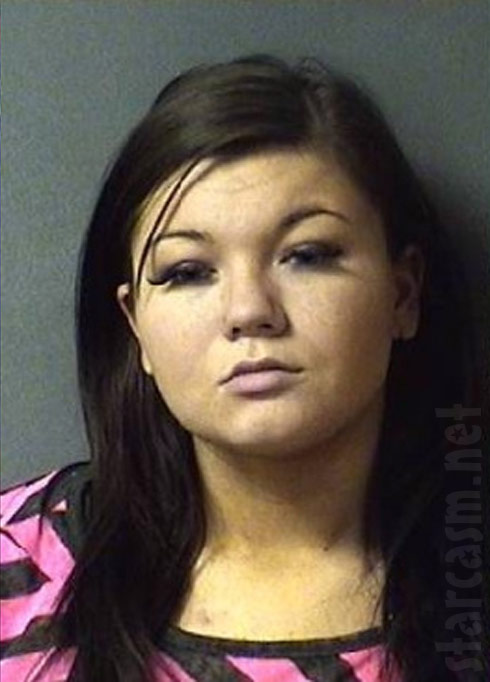 As we’ve previously reported Teen Mom Amber Portwood was taken into custody following a warrant for her arrest due to a probation violation.

She was initially cited for many violations by her assigned probation officer and it was assumed that her arrest stemmed from these. Amber’s brother Shawn, however, has stated that the arrest is a misunderstanding related to old pills being discovered that she was unable to provide proof of a prescription for in her purse.  This following a visit by authorities to her home following a missed probation hearing.

According to the official Housed Inmates information provided by the Madison County Jail Amber was booked for 1 charge of probation violation. Not a litany of charges so this may jive with Shawn’s story. I’m not sure how the wording would work legally for this. If she was jailed for all the prior mentioned offenses would her charges be multiple or still listed as one? I don’t know.

Here is the official Housed Inmate information for Portwood’s latest arrest (you can click on the image for a full page view): 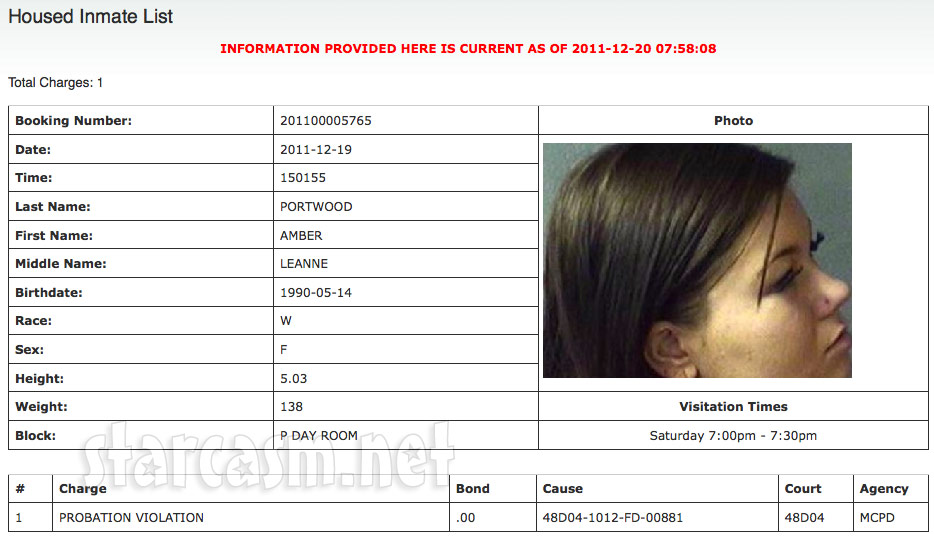 In addition there was no bond set and Shawn stated that Amber would not be home for Christmas. If it were just a mix up as Shawn claims it would seem like her being in jail for that long would not be a certainty. We’re hoping for the best for Amber and Leah as her family struggles through another difficult holiday season.