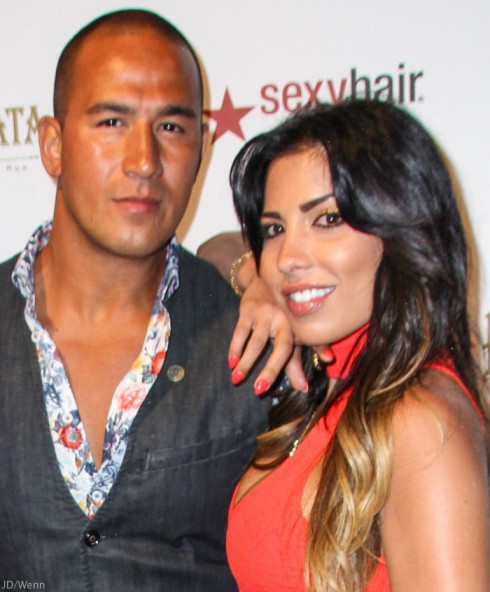 London Rene, the longtime boyfriend of Mob Wives‘ Natalie Guercio, was attacked by an acquaintance while at a Brooklyn club this weekend.

“London was just sliced in the face @ Club OUTPUT in Brooklyn. In ER, Wood hull hospital getting over 250 in stitches,” Natalie tweeted on Sunday.

Police later confirmed London was slashed in the face, stomach and arms. The suspect fled the scene and is still on the loose, according to Page Six. Meanwhile, London was taken to the hospital, where a plastic surgeon stitched up his wounds. Natalie said the cuts to his face are the worst.

Last December, Natalie was involved in her own club scuffle: She allegedly smashed a bottle over another woman’s head at a Mob Wives: New Blood event. That woman was taken to the hospital and received seven stitches. It doesn’t seem any charges were pressed.