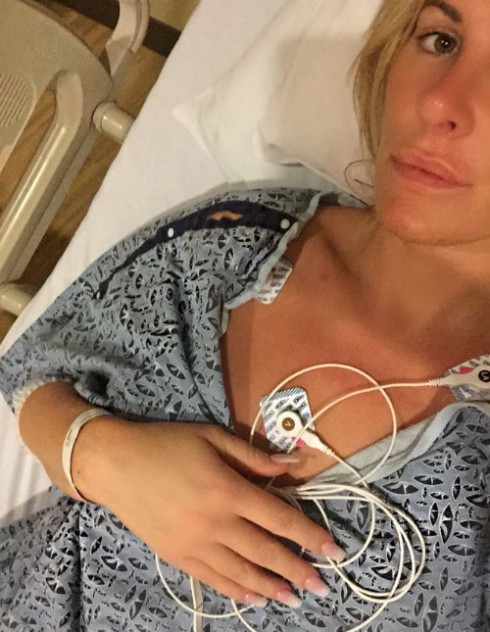 Hours after appearing on Dancing With the Stars, Kim Zolciak was hospitalized in Atlanta for a Transient Ischemic Attack (TIA) or “mini stroke,” which temporarily paralyzed the left side of her body and made her lose the ability to speak.

Thanks to quick reactions from her family, Kim was taken to the hospital for care. Fortunately, she said she now has “100 percent” of her feeling back. She added on Instagram, “Still in the hospital but I just know I’m getting released today! #CrazyAgeDoesntMatter”

Kim is still in the Dancing With the Stars competition after the judges noted her improved performance from the first week. She didn’t indicate if she’ll be able to return to practice with enough time for next week’s show… Regardless, we hope she stays healthy!